Turning Pain Into a Blessing 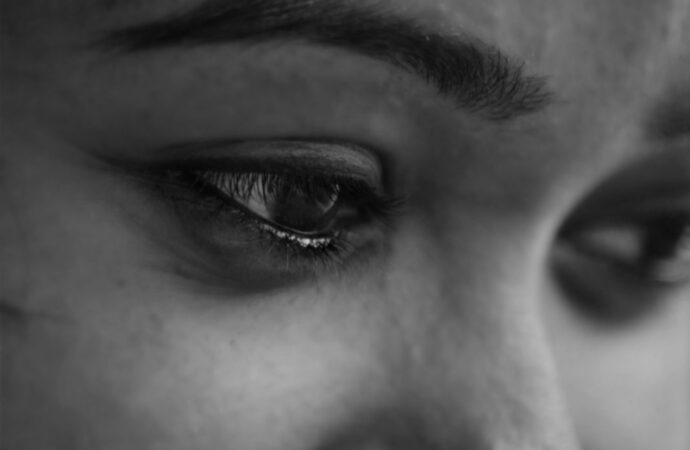 When my editor offered the opportunity to write some stories on folks whose health was adversely affected by the COVID-19 vaccine, I jumped at the chance. The assignment may sound depressing to some, but I knew it was important to write the stories of a group of people who’ve been marginalized and ignored. What I didn’t realize, however, was how the assignment would change me.

These stories are emotional for me. For one thing, I’m a 50-something male and the people I’ve spoken with so far for the Vaccine Survivor series are basically within a decade of my age.

But my closeness in age to these vaccine-injured wasn’t the only thing that made these interviews emotional. As so often happens with a reporter doing his job, you develop a rapport with the person you’re interviewing. You share personal things with each other. You might even internalize some of her pain as you record and process the story.

Evidence for things far more wonderful than some simple “Luck or Bad Luck” mindset to life began to reveal itself as I interviewed. These folks had been struck low by illnesses they didn’t deserve and never should have gotten, but the wrongdoing of a draconian vaccine mandate and their resulting pain isn’t their focus.

Instead, they’ve sought to turn their pain into a blessing—and that’s exactly what their stories have been to me. Each person’s story has surprised me in different ways, but each has taught me things such as persevering with a smile, having courage, being thankful for all progress, loving others, never losing hope, and the importance of belief.

People who are very ill, or recently were, or have gone through some other huge hardship, have to rely on something inside themselves to make it through. So I always ask these vaccine survivors, “Do you believe in God?”

The first three gals I profiled all responded affirmatively to the question. The fourth interviewee was different. He didn’t believe in God before he became so deathly ill from the vaccine that he was on oxygen and in the hospital as a quadriplegic for months. But now he believes, and “talks with God” while riding his motorcycle, which is easier for him than walking with a cane because his ankles are so weak.

Each of these four survivors is now working to improve their own health, while helping, supporting, and advocating for others, especially those like themselves. And each of these folks, regardless of how illness has devastated their bodies and finances, is nonetheless expressing gratitude. They say things like “others have it worse,” or that they are lucky to work some, or lucky to have a vaccine exemption, or fortunate to have a great support network or to have insurance. They are lionhearted and are demanding accountability from government and medical officials.

Regardless of each of these four survivors’ levels of religious belief, they remind me of the biblical Job, because despite being in pain and suffering through no fault of their own, they still proclaim good. And in that unique focus, they ministered at minimum to this reporter. And to who knows how many more readers?

“There but for the grace of God go I,” I have often thought while working on these stories, thinking of the Apostle Paul’s famous statement from 1 Corinthians. This phrase has a double meaning for me, raising many questions. If I’d felt the need to or been forced to get the vaccine as many did, I might be similarly afflicted as these people I’ve interviewed.

But if I’d also been vaccine-injured, would I have shown such fortitude as these folks have shown? Would I have discovered the grace to persevere with a smile? Would I have seen the hand of God in my journey, where other people could only discern evil? Would I have found compassion for others and strength in my affliction?

These are only questions I can wonder about, and hope that if ever I’m put in a similar situation, I will come through with the same kind of courage and character that these newfound friends of mine have.