Why Are So Many Young People Dying Suddenly? 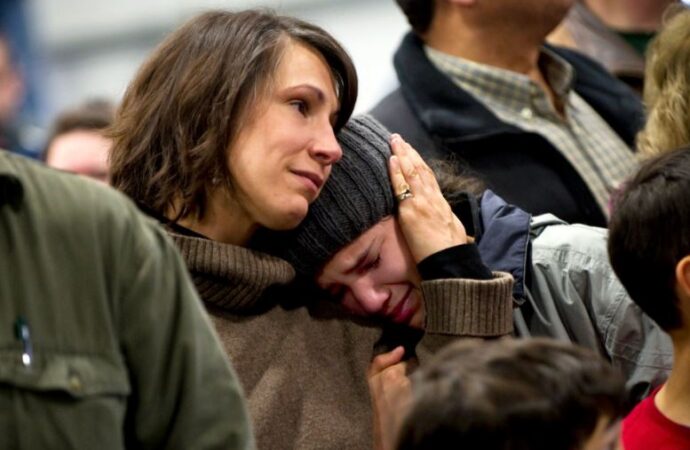 If the push notifications on my computer are any indication, an alarming trend is unfolding before our eyes: young, seemingly healthy individuals are dropping like flies, dying suddenly.

It wasn’t always like this. Sure, the death notifications of high-profile figures would come occasionally, but they were usually for those in their 80s or 90s who had simply come to the end of a long life, or for young individuals who had committed suicide. Now it’s different.

The other day, it was Baltimore Ravens linebacker Jaylon Ferguson. He was 26 and had played three seasons of professional football. No cause of death was given, CNN reported.

Then there was 25-year-old Caleb Swanigan. The former NBA player had been the 2017 Big Ten Player of the Year at Purdue University. The coroner report concluded that Swanigan died of natural causes, CBS reported.

A few days before Swanigan’s death was revealed, Danielle Hampson, the fiancée of X Factor star Tom Mann, died on their wedding day. She “did not suffer from any known health problems and her cause of death is unknown,” the Daily Mail reported. She was only 34.

The deaths of these three individuals happened (or were reported on) in only the last few days. And these are just high-profile instances. If this many celebrities are unexpectedly dropping dead, how many average, non-celebrity deaths are occurring with individuals in their prime years and health?

Potentially quite a few. “Healthy young people are dying suddenly and unexpectedly from a mysterious syndrome,” a Daily Mail headline proclaimed in early June. The syndrome, known as Sudden Adult Death Syndrome, or SADS, seems to affect the heart, as doctors are encouraging people under 40 to get this primary organ checked.

Good journalists are supposed to ask questions, yet in the midst of what seems like a catastrophe in the making, I don’t see many in the media who are even curious about why we are suddenly seeing so many young people dying. So I’ll ask a few questions of my own.

Could these sudden deaths be related to the mass-rollout of the COVID vaccine we’ve seen in the last year and a half? If so, why are these deaths seemingly on the rise even as COVID vaccinations are dropping (at least in the U.S.)? Is it possible that the sudden increase in SADS is due to the long-term health effects of the COVID vaccines?

Questions such as these are taboo and raised only by a handful of journalists, doctors, or scientists who want to know the truth. They often pay for such questions by being canceled, ostracized, or by having their professional license revoked. Yet for those who have eyes to see, not only experience, but science as well, is beginning to reward their tenacity for finding the truth.

Scientific studies are increasingly producing results that support a healthy skepticism regarding the experimental vaccines. For example, a recent study in the journal Andrology confirms that COVID vaccines decrease sperm counts. Meanwhile, a study in Science shows the ineffectiveness of the vaccine against the disease it is supposed to prevent. Furthermore, a new study (still in the preprint phase) shows that the vaccines’ numerous adverse effects move the risk benefit of the vaccines into negative territory.

Such studies call into question the boatloads of information we’ve been fed by public officials and scientific experts regarding the virus, the vaccine, and our response to both. Have we been sorely misled, and will such misleading end in serious harm to ourselves and our loved ones?

It shouldn’t surprise us if such is the case, for as C. S. Lewis explains in The Abolition of Man, the power that scientific discovery and exploration brings is soon corrupted and used for control of the masses. “The last men, far from being the heirs of power, will be of all men most subject to the dead hand of the great planners and conditioners and will themselves exercise least power upon the future,” Lewis wrote.

Why is this the case?

Man’s conquest of Nature, if the dreams of some scientific planners are realized, means the rule of a few hundreds of men over billions upon billions of men. There neither is nor can be any simple increase of power on Man’s side. Each new power won by man is a power over man as well. Each advance leaves him weaker as well as stronger. In every victory, besides being the general who triumphs, he is also the prisoner who follows the triumphal car.

Perhaps the ever-growing number of sudden and early deaths will jolt us awake to the fact that we, too, may be the prisoners following blindly behind the cars of “experts” who love to use today’s scientific advances to promote tomorrow’s control of society.