Queen Elizabeth, Prince Louis, and the Legacy We Leave 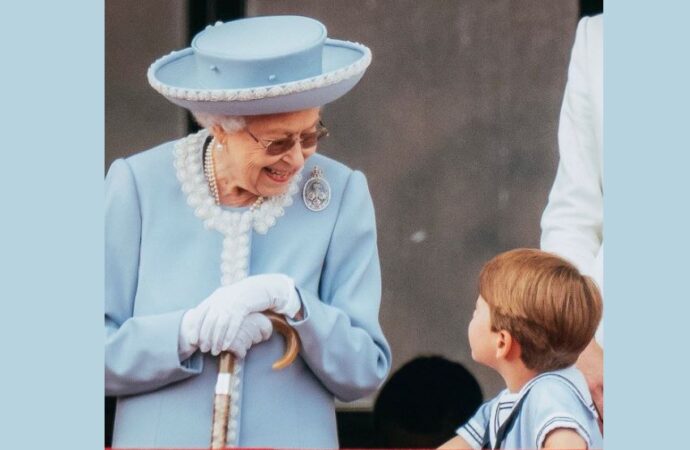 The Platinum Jubilee of Great Britain’s Queen Elizabeth II was celebrated with Trooping the Colour on June 2, leaving many picture-perfect moments in its wake. The passing parade provided one Kodak moment. Smiling senior members of the royal family waving from the balcony of Buckingham Palace provided another. But the audience choice award for the picture of the day goes to one depicting Queen Elizabeth smiling down at her 4-year-old great grandson, Prince Louis, while watching the flyover from the balcony.

The Royal Family’s balcony appearance symbolises the continuation of the monarchy. My favourite picture so far today is Prince Louis talking to his great-grandmother, The Queen.

But this snapshot is more than a sweet picture. It depicts something much more, namely, the passing of a legacy from one generation to the next.

Queen Elizabeth has been on the throne for 70 years. Many of the Boomers—who are a generation behind her and are themselves already going into retirement and passing the mantle of leadership on to their children—can’t even remember life without her as the head of the British monarchy. In a sense, Queen Elizabeth is one of the last links today’s culture has with another world—a world where tradition, honor, rational thought, and sound morals still had prevalence over feelings. And as I look at that picture of her with little Louis, I can’t help but wonder if her death will give way to a woke culture, bringing a complete end to those morals and traditions she lived and fought and died for.

Only time will tell what kind of legacy Queen Elizabeth passed along to her children, grandchildren, and great grandchildren. But she is not the only one passing along a legacy. Each one of us is doing so as well, and the type of legacy we leave to our children and grandchildren will affect not only them, but the direction of society.

Whittaker Chambers recognized the importance of the legacy we leave to our children. A child of a troubled, broken home who turned to the ideology of Communism to make sense of the world, Chambers eventually realized that he had taken the wrong path and started to chart a different course for his own children.

Chambers took his children to live in the country, but he didn’t isolate them from culture. Instead, he taught them to value faith and knowledge, instilling in them an appreciation of life in general. In a letter to his children which opens his memoir, Witness, Chambers writes:

In creating a legacy for his children, Chambers didn’t plant them in front of a screen or the mindless amusements and distractions that this world has to offer. Instead, he placed them out in creation, sitting with them at night to watch the stars, working alongside them, reading good books to them, and taking them to church. The family didn’t seem to be overly gregarious; instead, they just lived life, side by side, day by day, learning both the joys and the sorrows of the world around them.

I don’t know if that’s the type of legacy Queen Elizabeth has passed along to her descendants, but that’s the type of legacy we need to pass along to our children. A legacy that appreciates real life—not the cheap, superficial, technological life that so many follow today—because that real life has been experienced hand in hand with the parents, grandparents, and other loving adults who took time to teach and train and guide. For the children who have experienced life this way, Chambers wrote, are those who have true wisdom.

And wisdom is the only legacy that will allow this nation to continue to survive.