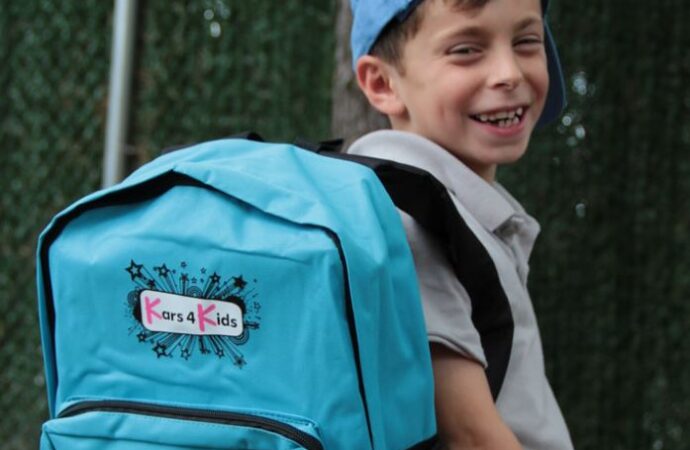 A Michigan story getting a lot of attention for reasons you can probably figure out on your own is headlined: “10-year-old Grosse Pointe Park boy walked to school every day for 4 years. He plans to keep the streak going.”

Yup. Real headline, real kid, real indication of all sorts of rather depressing things about America. But first off, let’s be clear: Good for that 10-year-old! Attaboy! I grew up in the Midwest and I know how ridiculously cold and snowy winter (October-May) can be.

The six-sentence news story—itself an indication of something—lets us know that:

Friday was Max McPartlin’s last day of school at Maire Elementary School and he walked.

His parents offered him rides, especially when the weather turned almost unwalkable, but he refused.

And next year, the article’s author, Kim DeGiulio, reports, Max will be attending a middle school even farther from his home—a mile. Nonetheless, he plans to keep on self-mobilizing, perhaps with the help of a bike.

The friend who forwarded me this story noted that Max attended the same elementary school that she walked to every day, too—back when this wasn’t front-page news. “My mom would take my 5-year-old behind as far as the corner and say GO, I’ll watch you. Yeah, one block later she was NOT watching me. Three feet of snow fell. I had to posthole in snow up to my belly button—school was on!”

She added that back then, most of the students also came home for lunch, so they walked both ways twice—and the crossing guards were sixth graders. Everyone had to put on their snow clothes and boots themselves. Of course, she noted, this was also the era of climbing a two-story rope in gym.

Commenters on the piece were divided into two camps: “Yay, kid!” and “This is a story?” But from where I sit—on a chair, in front of a computer, just like most Americans, even the ones still in elementary school—all I can say is: How wonderful that this is being treated as an achievement and not a crime!

Recall the South Carolina mom who desperately wanted her kids to walk home from school, but the principal wouldn’t allow it—even if the mom signed a waiver. Or the mom in Wilmette, Illinois (my hometown! Where I walked to school!) investigated for letting her eight-year-old walk the dog. Or the famous Meitivs of Maryland, hounded by the state for allowing their kids, then six and 10 (now possibly approaching middle age) to walk home from the park unsupervised. Childhood independence has become so denormalized so quickly that only about 10 percent of kids walk to school anymore.

So, let’s hear it for Max, the walker, and Kim, the reporter. A kid roaming the streets on his own is like an endangered species: once common, now rare, and worth trying to bring back.