The Lost Milestones of Childhood 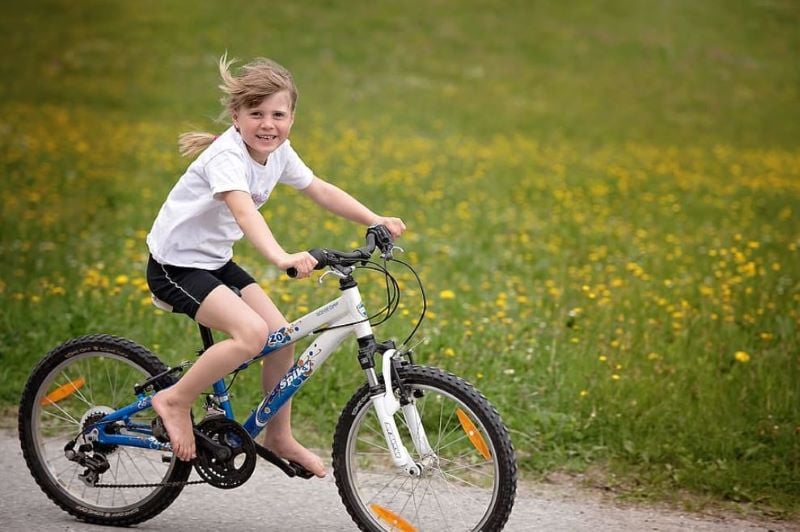 Seeing your kid blossom is even more powerful than worrying about their every move.

With the popularity of Netflix’s “Old Enough,” the Japanese show featuring kids age two to six running errands, parents here in America have been wondering what age their own kids can safely start doing the same.

Allow me to give my opinion, after 15 years of studying just this topic.

Obviously, every neighborhood—and every child—is different, which is why it is up to the parent (not the neighbors, in-laws or state) to decide when kids are ready for some independence.

But this is hard to figure out in a culture where childhood’s parameters have been shrinking faster than the rainforest. Look at this amazing map of “How Children Lost the Right to Roam in Four Generations.” An 88-year-old great-grandpa says he used to wander six miles as a kid. His son-in-law, a grandpa now in his 60s, used to walk a mile in childhood. His daughter, age 36, walked half a mile to school. And now the great grandchild, age eight, is not allowed beyond the end of his street—and he barely even goes there. His mom drives him to school.

That has been the story in much of the English-speaking world, leading to “First World problems”—like skyrocketing rates of childhood depression and anxiety. So, when a parent is thinking, “Is it safe to let my child run some errands alone?” they should also be thinking, “Is it safe NOT to let my child do anything independently, considering the rates of serious childhood mental health issues that are going up as childhood independence is going down?”

That, then, is the first rule of thumb: Don’t assume perfect safety can be achieved by keeping kids in a Rapunzel-like state. Think outside the tower.

So, how about walking to school alone?

Once again, it depends on the child, the neighborhood and all sorts of things, like whether there are sidewalks or stop signs or roving bands of rabid wolves. Parents should just walk to school (or the store, or whatever) with their child a few times to teach them how to navigate.

If it’s hard for YOU to cross the street because there’s so much traffic, of course it will be hard for them, too. If it’s simply a matter of teaching them to look both ways—which is what I was taught as a kid: “Look left, look right, look left again”—then our job as parents is to make sure they understand when, why and how to do this.

What’s interesting about “Old Enough” is that it’s not that the parents aren’t nervous. And it’s not that the kids aren’t sometimes a little scared, too. It’s that worry alone is not considered reason enough not to let a child start doing something. The reason the show is so charming is that the kids (and parents) triumph over some worries and hiccups. There can be no growth without trying something new and a little daunting.

What I’ve seen over and over again (and I actually hosted a similar show called “World’s Worst Mom” on Discovery Life TV—now it’s on YouTube) is that the fear is far more fragile than it seems.

On my show I took the kids of EXTREMELY anxious parents away from them for a couple of afternoons and sent them to do things like climb a tree, ride the bus, go get bread … even one mom who was still feeding her 10-year-old as if he were a baby or toddler ended up insanely proud of her son when, with my prodding, he learned to ride a bike, and then went on an overnight. Her fear was replaced by pride and joy.

It happens in “Old Enough” and it happens even with very nervous, anxious parents in our country: Seeing your kid blossom is even more powerful than worrying about their every move. Pride and love melt away the anxiety in both generations.

Maybe your own kid is old enough for this transformation, too.