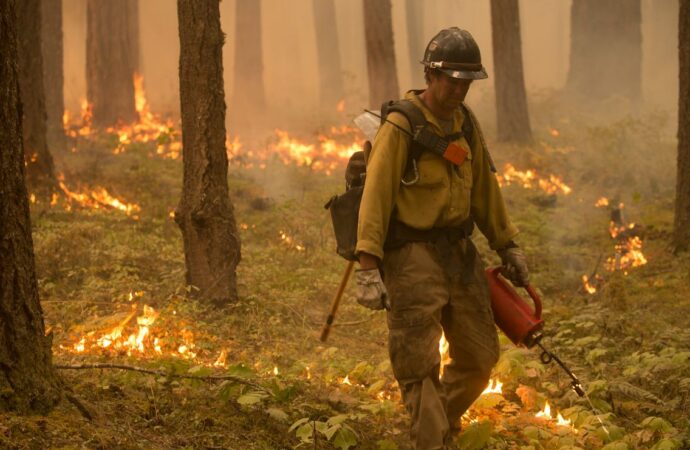 The more you try to stamp out speech, the more the message spreads.

By now you’ve probably heard about Nina Jankowicz, the woman tapped to lead President Biden’s new Disinformation Governance Board, otherwise known as the “Ministry of Truth.” The self-styled Mary Poppins of disinformation has been wowing audiences with her confident lectures regarding censorship, the dissemination of information, and trust in government.

One of the most recently surfaced Jankowicz lectures finds her suggesting that Twitter posts could be edited by “verified” people like herself in the same way that Wikipedia edits its pages. In other words, kiss your free speech goodbye, for Nanny Nina will make sure to doctor anything untoward that you might say—or rather, anything that dares question the party line.

Such news is alarming to those of us who value free speech and freedom of the press. It seems like we are fast hurtling toward the tyranny of a despotic government that controls not only language but thought. Yet while the situation is bad, all is not lost. In fact, we may even be in a prime position to turn around the tactics of censorship and disinformation.

I came to this conclusion while looking through Alexis de Tocqueville’s Democracy in America. He addresses the freedom of the press and the difficulties of striking the right balance between responsible freedom and absolute control of thought. As he noted, small, gradual attempts to suppress the press act as a type of slippery slope, until suddenly all citizens—not just the press—find themselves “under the feet of a despot.” The way down that slippery slope, however, offers several handholds, which can be used to slow the suppression of speech and even to reverse it in a mighty way.

“You start from license of the press, and you march in rank order; what do you do? First, you submit writers to juries,” Tocqueville explained, noting that dragging writers before juries simply brings the contested freedom of the press or speech issue before many more ears than would have heard it before. “But the juries acquit them, and what was only the opinion of an isolated man becomes the opinion of the country.”

The same thing happens the more one tries to suppress:

You deliver authors to permanent magistrates; but judges are obliged to hear before condemning. What someone was afraid to avow in a book, is proclaimed with impunity in the defense plea. Thus, what was said obscurely in one account is found repeated in a thousand others. The expression is the external form, and, if I can express myself in this way, the body of the thought; but it is not the thought itself. Your courts arrest the body, but the soul escapes them and subtly slips through their hands.

And if just one soul will have the courage to stand up and speak the truth—even with the risk that they might be taken to court or canceled or maligned in some other way—then that truth will spread like wildfire:

In contrast to all material powers, the power of thought often increases with the small number of those who express it. The spoken word of a powerful man, which spreads alone through the passions of a silent assembly, has more power than the confused cries of a thousand orators. And if only someone can speak freely in a single public place, it is as if he has spoken publicly in each village.

It is in such a process that we can take hope. Today, more than ever, our freedoms of press and speech and thought are being suppressed, not only by Nina Jankowicz but in many other average, everyday venues as well, such as classrooms and workplaces. Because of this pervasive censorship, it can be very unpopular to point out facts that run contrary to the narrative, so many of us choose to shut up instead.

But this is exactly what the suppressors want, because if they don’t have to publicly snuff out so-called dissident thought, then it won’t grow. But if we take courage and speak the truth in a kind, nonabrasive manner—even if it’s just in a casual conversation at the grocery store checkout, over coffee with a friend, or in a comment on social media—we may just get the snowball rolling toward freedom once again.