Trust the Science and Skip the Gender-Neutral Toys and Clothes 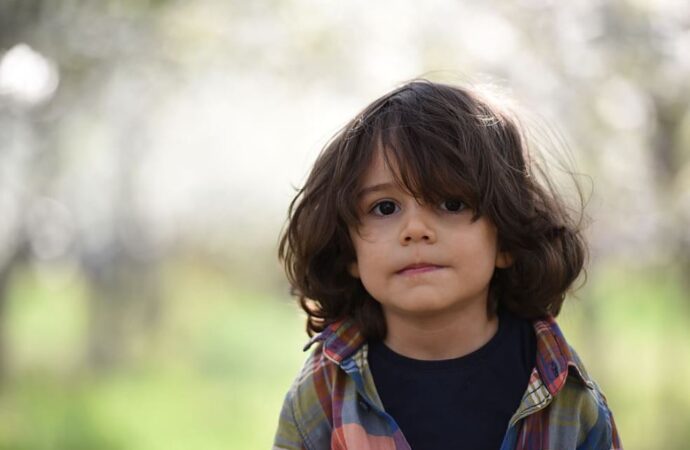 Stay-at-home father Jay Deitcher prided himself on “blurring gender lines,” a trait he tried hard to pass along to his own young son. So he hid the kiddie clothing that sported footballs and instead gave his son a baby doll to push in a stroller on their walks, Deitcher explains in Today.

And then his two-year-old discovered tractors, and the gender-neutral charade was over. “I had to make a choice,” Deitcher writes: “buy him clothes with pictures of heavy machinery on them and make the kid happy, or force him to wear shirts emblazoned with fuzzy animals to appease me.” Deitcher fought it at first, trying to interest his son in other directions, but nothing worked, and finally he gave in, letting his son immerse himself in the traditional boy-world of machine-oriented clothing and toys.

Deitcher felt like a failure as he saw his attempt at gender-neutral parenting fall apart. And in the eyes of the pop culture that tries so hard to blur the lines between the sexes—demolishing so-called social constructs of gender roles, clothes, toys, and interests of children before they’re fully aware of their surroundings—he did fail. But he shouldn’t take it personally. Unfortunately for him, his quest was always going to be an uphill battle, for it’s pretty hard to fight against the scientific facts of biology.

One of those facts is that there are biological differences between the sexes. And it is those differences—not crafted, politicized societal norms—that drive little boys toward trucks and tractors and little girls toward dolls and other caregiving toys.

Sex researcher and author Dr. Debra Soh explains this in her book, The End of Gender. “Gender is dictated by prenatal hormone exposure, as opposed to coercive gender norms imposed upon infants the minute they exit the womb,” Soh writes. Boys tend to choose “mechanically interesting activities, like playing with wheeled toys” because they have higher levels of testosterone, received while being formed in the womb. Girls, on the other hand, dealing with far less testosterone, are much more empathetic and gravitate toward “socially engaging activities and occupations” such as those found in playing dolls or house. Soh points out that these biological differences are also present in animals: “Despite lacking socialization from their caregivers or other monkeys, young female monkeys will choose dolls, and male monkeys will choose wheeled toys.”

The reason these biological sex differences are so important to understand is that politically correct pop culture has taught parents otherwise. Parents are told that it is of utmost importance that children not be encouraged toward traditional gender roles and interests, so parents go to the other extreme, as Deitcher did, giving their boys the dolls and their girls the trucks. But as Soh explains, biology soon takes over, leaving parents confused as their sons or daughters gleefully pursue gender-specific toys despite all the attempts to condition them otherwise.

Such confusion shouldn’t be a surprise, however, for it is exactly what happens when parents listen to the cacophony of voices in the media, government, and society at large. C. S. Lewis described as a tactic of the devil in his Screwtape Letters.

Writing to his nephew Wormwood, the demon Screwtape encourages his protégé to let his victim get caught up in the chatter going around so as to keep him from investigating the scientific facts:

But the best of all is to let him read no science but to give him a grand general idea that he knows it all and that everything he happens to have picked up in casual talk and reading is ‘the results of modern investigation’. Do remember you are there to fuddle him.

The message for us today, then, is to not get “fuddled,” thinking that we will only be good parents if we promote gender neutrality to our children. Despite what our culture says, it is perfectly fine to promote gender-specific toys and clothes to children—in fact it’s good! And the parents who do so are not stifling their children’s identity. They are simply going along with the facts of biology and are bucking the chatter of a society that thinks it knows everything when it really knows nothing.

Encourage your girls to be girls and your boys to be boys. Stop the confusion and start them thinking straight.