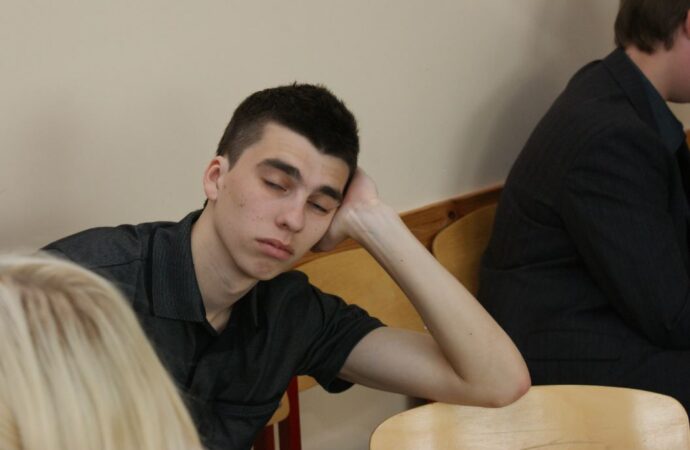 If students are not being trained to be life-long learners in school, then what use is it for them to be there? They may as well skip it.

A friend of mine was recently scheduling an event for several middle-school girls when she realized that the chosen day fell on a school day instead of on the holiday she had thought. “I can come anyway,” one girl said, “I’ll stay home from school and help my mom in the morning, and she can write me a note.”

“Oh, no, we’re not doing that!” my friend replied, insisting that the young lady not skip school.

The nonchalance with which the suggestion was made, however, signals that missing school is not such a big deal anymore, a fact confirmed by a recent New York Times article on the chronic school absenteeism that has soared since the pandemic.

Chronic absenteeism sounds like a problem with the students who are guilty of it. But what if we look at it through a different lens? What if this rise in truancy is really a sign of the type of education that is taking place in the nation’s public schools? Perhaps we have not taught students the value of their education … or maybe what today’s schools are offering isn’t very valuable at all and students have figured that out to some extent.

The NYT article begins by relaying the story of Isaac Mosely, a young man who was in his sophomore year when the pandemic hit. Remote learning enabled him to start working at a lumber yard, since he could check in to his classes just long enough to be marked present. Since then, he has continued to work a day job, pushing the priority of school to night classes in an attempt to earn his diploma.

Declining attendance extends far beyond Isaac’s situation, the NYT reports, and many school administrators are implementing incentives to get kids back to school, even offering “$25 and $40 gift cards to encourage attendance.” That monetary incentive should give us pause. Taxpayers fork out thousands of dollars each year just for one student to go to school—some districts spend over $20,000 per student. Yet despite these exorbitant costs, students still don’t appreciate their education, and now schools have to pay them to attend! Something is wrong with this picture.

Recently, I stumbled across Neil Postman’s 1995 book, The End of Education, and in reading the preface, I started to see why we’re in the situation we’re in. Education is relentless, Postman wrote, because education happens all over, in every area of life. “Poverty is a great educator,” he wrote. “Having no boundaries and refusing to be ignored, it mostly teaches hopelessness. But not always.” Likewise, he noted that politics and television are also prominent educators, for they teach cynicism and consumerism respectively. “But not always,” he is careful to add.

It is the “not always” that keeps the romantic spirit alive in those who write about schooling. The faith is that despite some of the more debilitating teachings of culture itself, something can be done in school that will alter the lenses through which one sees the world; which is to say, that non-trivial schooling can provide a point of view from which what is can be seen clearly, what was as a living present, and what will be as filled with possibility.

The question is whether the schooling we see in today’s public schools can really be called “non-trivial.” The evidence indicates otherwise. Many parents saw the trivial nature of school when they saw the lessons (or lack thereof) that came through the computer screen of the Zoom school boom. We see the trivial nature of school when faced with videos of teachers who promote their transgenderism or other deviant sexual practices in the classroom. And the trivial nature of school is demonstrated by teachers themselves when they take weeks off from their classrooms in order to strike for higher wages, signaling that their own well-being is far more important than the material they are supposed to be teaching their students.

This is not to say that all schooling is trivial. In fact, there are some very fine schools out there that provide non-trivial schooling—including those home schools taught by good ol’ mom and dad—for they teach virtue and character, history that doesn’t bash our country, and solid literature that introduces children to the universal human condition rather than to agenda-driven narratives. The fact is, if today’s public schools were providing a non-trivial education, then it seems likely that many more students would value that experience and not skip it so frequently.

Postman concluded his preface by saying that unless schooling has “a transcendent and honorable purpose,” it must come to an end, “and the sooner we are done with it, the better.” But he is quick to add that when schooling is honorable and non-trivial, it “becomes the central institution through which the young may find reasons for continuing to educate themselves.”

In other words, a good school will provide what 20th century author, Dorothy Sayers, called the true goal of education: “to teach men how to learn for themselves.” If students are not being trained to be life-long learners in school, then what use is it for them to be there? They may as well skip it.