The Delusion of Our Day 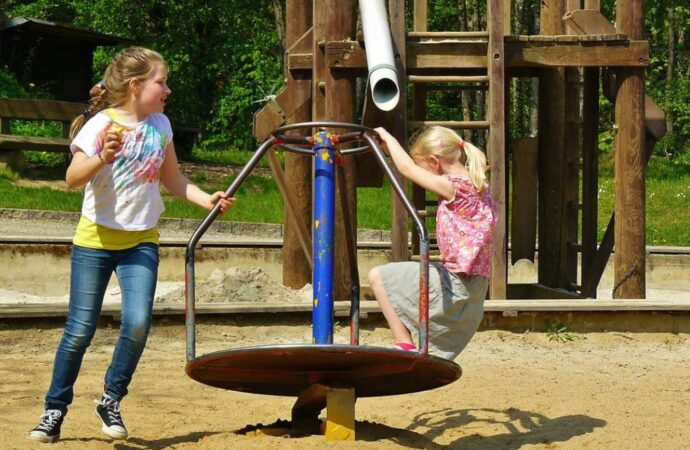 How much better off we’d all be—saner, smarter, safer, thriftier—if instead of assuming the very worst anytime we see a child alone or with an adult we gave everyone the benefit of the doubt.

Tuesday afternoon a week ago, a woman in Arlington, Virginia, saw a man taking pictures of some children and just KNEW what she was witnessing: A creep on the prowl for kids with his camera. Disgusting.

Quickly she alerted a security guard and, according to a subsequent police report, told him she believed the man was photographing children he didn’t know, for his own personal… whatever.

The security guard went to investigate and made contact with the man. As it turns out, the guy was taking pictures of his own children—a dad and his kids on an outing. The guard came back to report this reassuring news to the lady. Case closed.

Except it wasn’t. As the Arlington Police Department reported: “The suspect then intervened, deployed pepper spray and sprayed the victim, before fleeing the scene on foot.”

So, the suspect is a woman in her 20s or 30s—a pepper-spraying maniac—not the man who was taking pictures.

The dad sustained non-life-threatening injuries, which were treated at the scene by medics.

So now, not only is a dad recovering from a vicious and unprovoked attack. (God knows how he explained it to his kids.) But we also have a lady on the loose so obsessed by the idea of predators everywhere—and the image of herself as valiant child-saving crusader—she literally couldn’t accept reality when confronted with it.

Security guru Bruce Schneier coined a term for this leap from mundane reality to thrilling depravity. He calls it the “Movie-Plot Threat.” What he means is: The more something resembles a movie-plot threat, the less likely it is to happen in real life, hence the less time and money we should spend preventing it.

“It was a quiet day at the mall until a fiendish predator crept in with his camera, only to be foiled by that unstoppable force for good: The Mace-Spraying Madam!”

Thinking that way is the equivalent of seeing a small bruise and automatically assuming child abuse (which happens). Or seeing a child alone and automatically assuming neglect (which also happens. Watch dad Ashley Smith testify in favor of Let Grow’s “Reasonable Childhood Independence” bill in the South Carolina Judiciary committee last week. His family was investigated for child abuse and neglect because someone saw his daughter doing her homework on the front lawn, assumed she was abandoned and called 911).

It must feel great to save a child. It’s something we’d all love to do. The problem arises when we assume everyone is a child abuser until proven innocent—often after a lengthy, terrifying, traumatizing process. Ashley Smith’s family, for instance, was investigated for eight long weeks before the authorities declared the girl had not been abandoned. In fact, her dad was just inside, working at home at the time.

But during that investigation, the Smith family feared it could be torn apart.

Also known as pressing pause on the Movie-Plot Threat Generator.