Searching for Truth in Our Media Dark Age 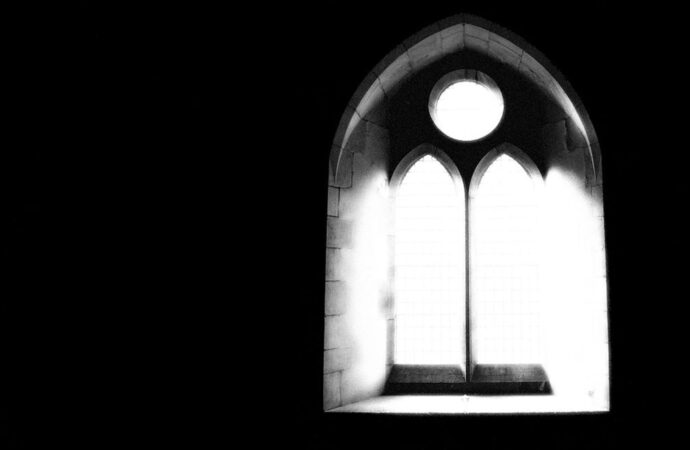 “The first Dark Ages are lost in the mists of antiquity, with virtually no records. The coming Dark Ages will be equally lost in the blaze of studio lighting, with a superabundance of records, almost all falsified.”

“Hey, I haven’t seen many articles from you guys in my Facebook feed lately,” a friend said to me the other day, wondering whether he had his settings wrong or something else was amiss.

“No,” I replied, seeing that the record should be set straight, “we just talked about Hunter Biden and his laptop before the subject was popular.” I then went on to explain how Facebook had given our company its first week-long “jail” sentence in the fall of 2020, almost immediately after we posted an article daring to suggest that something smelled rotten with the laptop story. Apparent shadow-banning followed shortly thereafter, preventing the many who wanted to receive our content from even seeing it.

The Hunter Biden story is admittedly a sore spot for us. While it’s great that our institution is now vindicated for posting such a story, it still feels rather unjust that we were punished and maligned by those in the mainstream and social media arenas for simply trying to present the facts in order to build public awareness. Even now, mainstream stories about the laptop as well as the backhanded apologies that accompany them seem crafted to justify their earlier coordinated efforts to conceal the truth. One can’t help but wonder how many other stories in the mainstream media are concealed or falsely represented.

The answer, according to the late British journalist Malcolm Muggeridge, is a lot. Writing in his autobiography, Chronicles of Wasted Time, Muggeridge recounted how a member of the old Comintern once described a meeting at which “some stratagem was under discussion, and a delegate, a newcomer who had never attended before, made the extraordinary observation that if such and such a statement were to be put out, it wouldn’t be true.” The man went on to recount that those in the room “laughed and laughed until tears ran down their cheeks and the Kremlin walls seemed to shake.” Muggeridge then added that “the same laughter echoes in every council chamber and cabinet room, wherever two or more are gathered together to exercise authority.”

That quest to conceal truth in order to grab power is also practiced by a number of media organizations, as Muggeridge notes further:

In the nearly seven decades I have lived through, the world has overflowed with bloodshed and explosions whose dust has never had time to settle before others have erupted; all in purportedly just causes. The quest for justice continues, and the weapons and the hatred pile up; but truth was an early casualty. The lies on behalf of which our wars have been fought and our peace treaties concluded! The lies of revolution and of counter-revolution! The lies of advertising, of news, of salesmanship, of politics! The lies of the priest in his pulpit, the professor at his podium, the journalist at his typewriter! The lie stuck like a fish-bone in the throat of the microphone, the hand-held lies of the prowling cameraman!

It is these lies that are presently hurtling our society toward another Dark Age, Muggeridge later noted in a series of lectures he gave, now published in Christ and the Media. “The first Dark Ages are lost in the mists of antiquity, with virtually no records,” he said. “The coming Dark Ages will be equally lost in the blaze of studio lighting, with a superabundance of records, almost all falsified.”

The Hunter Biden story seems to have proved his point. The question is, how do we keep from getting caught up in all these lies that we are constantly fed?

Awareness is the first step. Knowing that the media and many public figures are likely spouting deceptive information should help us approach every news item or idea—even if it seems to come from a friendly source—with healthy skepticism. Such healthy skepticism grows out of an educated mind that doesn’t simply rely on knowledge of present times, but looks to history and its figures to recognize repeated patterns and discern which ones to avoid.

Finally, we need to have a close relationship with truth. Muggeridge explains that this relationship begins when we come out of the shadows of Plato’s cave that the media has put us in and walk toward reality.

Christ shows us reality, what life really is, what it is really about, and our true destiny in belonging to it. We escape from the cave, we emerge from the darkness, and instead of shadows we have all around us the glory of God’s creation; instead of darkness, light, instead of despair, hope, instead of time and the clocks ticking inexorably on, eternity, which never began and never ends, and yet is sublimely NOW.

In other words, walk toward the Truth … “and the truth shall set you free.”