Landing on the Right Side of the Tracks: Trades vs. College 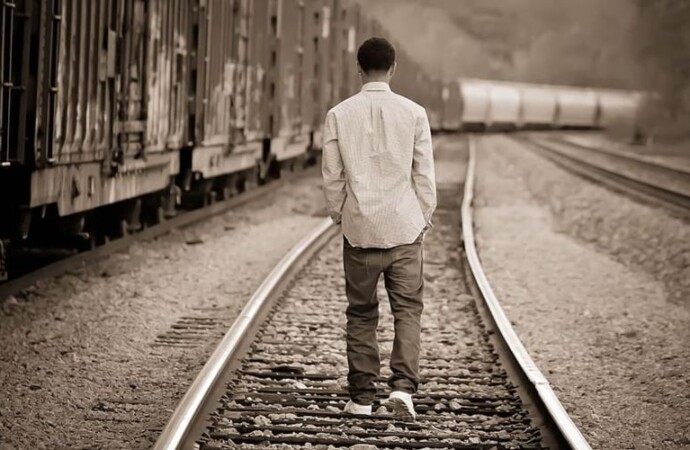 One of the best things to come out of the COVID-19 pandemic is the changing educational landscape. Many parents are now homeschooling their children, realizing that doing so is not as daunting as they thought, while many other parents have seen the type of crummy curricula their children are being fed and are demanding that their elected school board members make some changes.

And then we have the college scene. “More than a million students have held off from going to college” since the pandemic problems arose, NPR recently reported, and many of those students are seeking training in the trades instead. Their skills are in high demand, too, as nearly 90 percent of contractors are desperate for competent workers.

In this development we see an interesting switch in thinking. In the past, those who pursued training in the trades were looked down upon, almost as if they were from “the wrong side of the tracks,” as the old adage goes. Now, however, the college side of the tracks is turning into the less desirable one for several reasons. Some are pandemic related and may eventually disappear, such as increased online classes, repeated quarantines, mandatory COVID vaccination and testing, and even masks. Other reasons—such as the mountain of debt that college brings and the many radical professors with the ideologies that they teach—have been in existence for some time and will likely only continue.

The good news is that Americans are beginning to recognize these differences, and they are not content to stay on the wrong side of the tracks for long. Ex-Communist and author Whittaker Chambers put it well in his autobiography, Witness:

[I]n America, most of us begin on the wrong side of the railroad tracks. The meaning of America, what made it the wonder of history and the hope of mankind, was that we were free not to stay on the wrong side of the railroad tracks. If within us there was something that empowered us to grow, we were free to grow and go where we could. Only, we were not free ever to forget, ever to despise our origins. They were our roots. They made us a nation.

And it is in those words that we see a major reason that the former “right side” of the tracks—college—is looking less attractive. It is this side that encourages us in its lecture halls to despise and forget our origins.

The other side, however, by virtue of moving students beyond the confines of a classroom with a radical professor at the head of it, enables students to breathe free and even embrace the roots of American life. They learn to appreciate hard work and value the character and virtue required to run a business, to work with their hands, and to deal with the public on a regular basis. Furthermore, those who work in skilled trades are required to engage in true critical thinking as they face real-life challenges, such as how to correct a mistake made in measuring a board, how to lay out a tight space in a remodeling project, or how to turn an angry customer into a happy one.

“This was once a land where every sane person knew how to build a shelter, grow food, and entertain one another,” author John Taylor Gatto once wrote, and although he didn’t say it outright, the implication is that we were happier and more successful when that was the case. Is it possible that this surging interest in the trades is a gleam of hope that we may be headed in the right direction toward the kind of work and mindset that would make such happiness and success possible for our country’s citizens again?