Doing Life Together: Marital Advice From the Early 20th Century 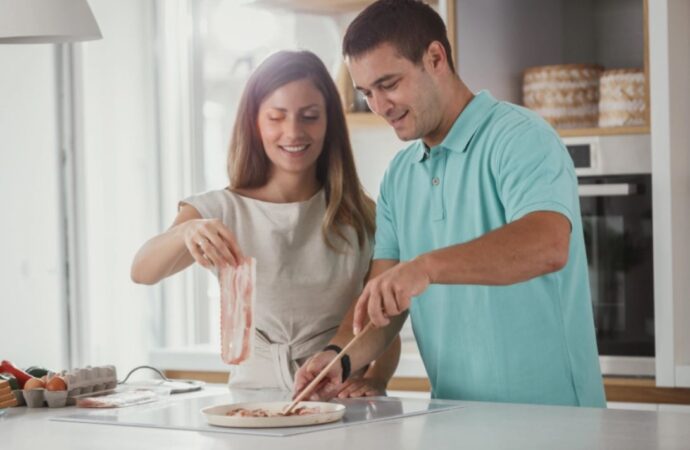 Spending time and doing basic life together with others will go a long way toward healing the hurts in this world—including our own.

Every now and then, when I need some cheering up or a good reminder of the truth, beauty, and goodness in relationships and life in general, I hunt up one of Grace S. Richmond’s books or short stories. Last Saturday was one of those days.

To many, Richmond’s tales, set in the early 20th century in which she wrote, would seem far too quaint for the calloused world in which we live today. And perhaps those skeptics would be right. But Richmond’s stories also have a poignant and refreshing air of virtue and wisdom—an air that’s incredibly reviving in today’s smog of wokeness.

I didn’t have to wait long to catch that whiff of refreshment as I sat down to read Red Pepper’s Patients. The third in a series about a fiery, red-haired country doctor named Red Pepper Burns, the book opens with an old, wealthy friend of his, “Cooly,” coming from the city to seek a cure for his ailments. As the doctor sits down and begins to inquire about his symptoms, he discovers that marital problems are at the root, and that Cooly’s wife Alicia has left him. Shortly thereafter, Dr. Burns offers some professional advice to his friend—advice so simplistic and wise that it still rings true roughly a century after it was written.

Red Pepper Burns smiled, a curious little smile. ‘You’ve forgotten what I told you about the way my old man and woman made a home together, and worked at their market gardening together, and read and studied together—did everything from first to last together. That’s the whole force of the illustration, to my mind, Cooly. It’s the standing shoulder to shoulder to face life that does the thing.

While marital separation and divorce were quite rare when “Red Pepper’s Patients” was written, they’re almost commonplace now. The probability of a first marriage ending within 10 years is 33 percent, the Centers for Disease Control and Prevention reports. For those who cohabit, the probability is even higher, with over 60 percent of such relationships breaking up within 10 years.

We’ve become callous to such statistics, often convincing ourselves that even though it hurts to leave a partner, it’s too much work to stay in a relationship that will leave us unhappy in the long run. We need to think of ourselves first, we say.

And that’s where Burns’s prescription takes the opposite tack. When a relationship is in trouble—particularly a marital one—self-focus needs to be left on the shelf and togetherness taken out for an airing. Have a doctor’s appointment to attend? Do it with your spouse. Your child has a sporting event or school play? Make sure you drive there together, sit together, and then later discuss the event together. Go to church together. Cook together. Clean the bathroom together! It doesn’t matter what it is, just as long as you’re doing life together, as Burns tells his friend.

Burns continues his exhortation by encouraging his friend to bring his wife back to his home and “make it a plan which means partnership—if you have to build a cottage down on the edge of your estate and live alone there together. Alone till the children come to keep you company,’ he added with a sudden flashing smile.”

We do the opposite today. We sit with our own devices, in our own rooms, drive to our own jobs in our own cars, and, in general, let life revolve around us—alone. That’s really no way to live—whether you’re married or single!

Burns’s words should make each of us reevaluate our relationships in this fast-paced world. Spending time and doing basic life together with others will go a long way toward healing the hurts in this world—including our own.

This article was republished with permission from The Epoch Times.