American Kids Are ‘Old Enough’ for Errands, Too! 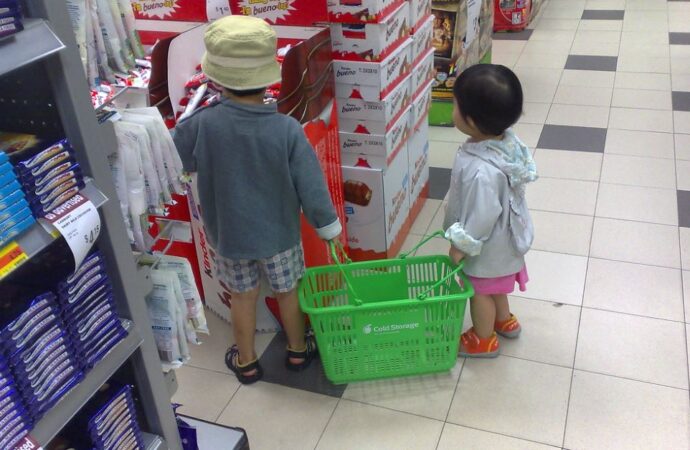 By doing everything with and for our kids, we don’t let them show us how incredibly competent they can be.

Two years and nine months. That’s the age of the first child we watch going on an errand by himself in the new Netflix series, “Old Enough!”

How can someone that young possibly walk half a mile alongside a highway, cross a big street and navigate a supermarket?

Simple. He lives in Japan. In that country, parents proudly let their kids walk to school and even ride the subway solo by first grade. “Old Enough!” pushes the age down further for dramatic effect, but that’s what makes it so cute—and so crucial for Americans to see.

I won’t make this all about me, but 14 years ago I wrote a column titled, “Why I Let My 9-Year-Old Ride the Subway Alone.” It got me slammed. In America, it’s a scandal and sometimes even a crime to let your kids do anything alone before they hit double digits. But in Japan?

Well, consider Hiroki, the boy in the first “Old Enough!” episode. His job is to get fishcakes, curry, and some flowers for his grandma’s altar.

At first, he looks a little daunted. But by golly, he gets to the grocery, finds the fishcakes and even asks a clerk to help him find the flowers. (Can your child—perhaps in college—do that?)

Outside, he remembers, “I forgot the curry!” and goes back in to buy it.

Then he heads home, filmed by a camera crew adept at hiding in the bushes.

Now, contrast this with current American norms. An American Academy of Pediatrics white paper states that “children should not be unsupervised pedestrians before 10 years of age, except in limited situations.” How come? “Normal developmental characteristics, such as magical thinking, egocentricity, distractibility, and impulsivity, increase pedestrian risk for children.”

What about the normal developmental characteristics we see on “Old Enough!”—tenacity, helpfulness, bravery and purpose? In America, we see children only through the lens of vulnerability—all the ways they could screw up or get hurt.

In Japan—or at least in “Old Enough!”—kids are seen as capable. And the thing is: They are.

The series has been running for 30 years in Japan, where it’s called “My First Errand.” Its appeal is obvious: No one is as adorable or determined as a pre-schooler. And so, in one episode a four-year-old is tasked with getting a cabbage from a farm.

Her mom has left one for her in the barn, but the girl assumes she must pull one from the patch. Cabbages grow on stalks thicker than broom handles. The girl pulls and pulls. No luck. So eventually she grabs the cabbage and starts twisting it like the steering wheel of a bus.

SHE DOES THIS FOR HALF AN HOUR.

What’s that about kids being distractable and impulsive?

At last, the cabbage breaks off its stalk. The girl drags it home as night is falling. She ends the day extremely happy. Her parents are happy, too.

This is the profound reward of parenting we deny ourselves in America. By doing everything with and for our kids, we don’t let them show us how incredibly competent they can be. How can we get up the courage to let our kids run some errands before they’re old enough for a beer run?

It’s easier than it seems. My own reality show, “World’s Worst Mom,” filmed about eight years ago, was a sort of dystopian twin of “Old Enough!” I, too, sent kids out on their first errands, but they were age 9, 10, 12 or, in one case, 16. Their extremely overprotective parents had not been able to let go until an outsider—me—prodded them. (The 16-year-old’s mom packed him an Elmo juice box.)

But once finally trusted outside without a security detail, the kids, even the adolescents, were proud as peacocks. And the parents? Ecstatic! Their fear evaporated, replaced by pride and joy.

American kids are ready for their first errands a whole lot sooner than we think.