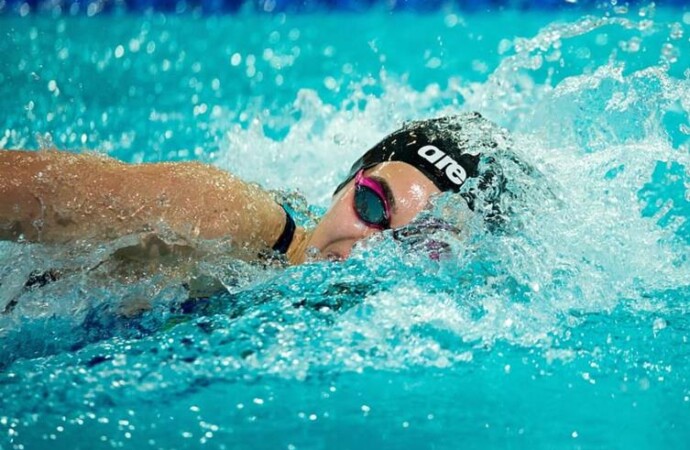 Swimmer Lia Thomas swept her individual races at the recent Ivy League Swimming and Diving Championships, breaking numerous records in the process. Thomas is now headed to the NCAA Championships in mid-March, albeit with much controversy, for Thomas’s recent identification transition from a man to a woman is perceived by many, teammates included, as an unfair advantage, considering Lia’s biological status as a male.

Much ink is spilled today over so-called trans athletes with male bodies—such as Thomas—competing in sports as women. This is the key issue, because few biological women insist on playing as men in contact or strength-based sports. But regardless of which direction the identity change goes, clearly our society senses that something is wrong and is looking to generate some type of principled way to deal with this problem.

Instead of quibbling over the political aspects of the issue, I suggest a simple question to determine who should get to compete in women’s sports: Did an athlete build his or her body with testosterone or other similar substances such as those listed on the World Anti-Doping Code International Standard Prohibited List 2021?

This simple question has its roots in the Olympic doping scandals surrounding Soviet and East German female athletes during the Cold War. In this case, the athletes were biological females but were doped—many without their knowledge—through artificial hormones. Unlike Lia Thomas, they were never men. But the push for their disqualification and the mockery of the teams they played on were based on the commonplace recognition that male body chemistry produces a stronger athlete.

Thomas has been eligible to compete on woman’s teams because she has taken testosterone blockers and estrogen supplements in recent years. Yet it is not a matter of testosterone-suppressing injections and current blood levels of testosterone, or even castration. Rather, it is about the role of testosterone in building the athlete’s body from gestation onward. Men and women have major differences in bone density, muscle mass, and the height or architecture of the shoulders and hips. Embryology is also full of examples of the dramatic differences in anatomical and functional development in those people who grow in the presence of high levels of testosterone and those who do not.

Thus, despite suppressants, transwomen athletes like Thomas have the male biological advantage—particularly testosterone—implanted in them from birth and therefore compete as contestants on special substances.

Even America’s best known trans athlete, Caitlyn Jenner, seems to recognize this fact. Jenner said in a recent interview with Fox News that biological males should not be competing in women’s sports and that women’s sports must be protected. The former decathlete went on to note that a swimmer who was male through puberty has some inherent differences that are not subject to short-term chemical fine-tuning: “She was born a biological boy. She was raised as a biological boy. Her cardiovascular system is bigger. Her respiratory system is bigger. Her hands are bigger. She can swim faster. That’s a known.”

And that tells the tale. So the real question is whether athletes have built their bodies—whether from birth or through recent supplements—with testosterone or a similar substance. If the answer is no, then it is perfectly fine for an athlete to compete in a women’s sporting event. If the answer is yes, then competition should not be allowed.