How the Hallmark Channel Saved Christmas 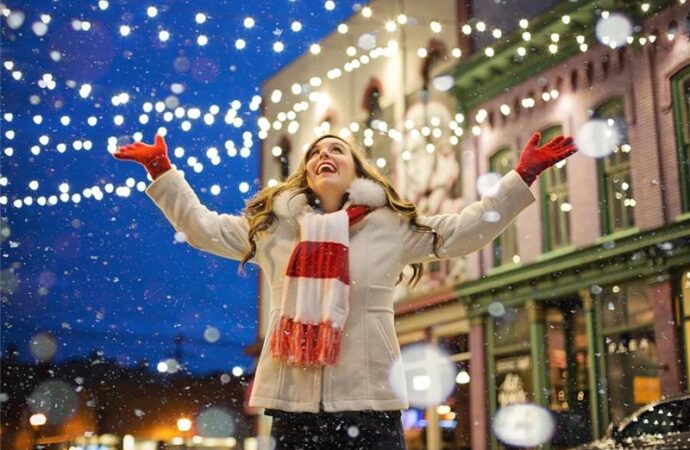 While conservative media have spent the last few holiday seasons bemoaning the “War on Christmas,” one television network is actually doing something about it. Using the cultural weapons of heartwarming settings, wholesome plotlines, and endearing characters, the Hallmark Channel has spent the last decade vanquishing the enemies of Christmas, who now lie prostrate on the field.

But this cultural onslaught of wholesomeness has not come as welcome news to everyone. Hallmark movies, proclaims Salon Magazine‘s ill-tempered Amanda Marcotte, “constitute the platonic ideal of fascist propaganda.” The movies, she said, “work to enforce very narrow, white, heteronormative, sexist, provincial ideas of what constitutes ‘normal.'”

Well, I guess I’ll mark her off my holiday party list.

Most criticisms of Hallmark Christmas movies take a slightly less fanatic approach. Their settings, the criticism goes, are unrealistic, their plots predictable, and their characters insufferably clean-cut. These may sound like bad things to some, but they are precisely the reason people like them. In the case of Hallmark Christmas movies, their weaknesses are precisely their strengths.

The Hallmark Channel is number one in households and total viewers in some prime-time slots. During November and December, 85 million viewers, mostly women, watch at least one Hallmark Christmas movie. It’s true, many of the plots do indeed employ a familiar formula, but it’s a formula people are naturally attracted to.

In fact, all good plots are formulas. That’s what a plot is: a literary formula. Shakespeare used literary formulas. So does every good writer. In fact, author John Steinbeck said in East of Eden that there is only one possible plotline, as did writer Joseph Campbell, who called that plotline a “monomyth,” which sets a hero on an adventure, who then has a crisis and is eventually transformed. The question isn’t whether a plot operates on a formula, but whether it operates on a good formula. The central aspect of any story is the conflict, the tension in a story that results from some evil threatening some good.

The best kind of story is one in which a real danger is averted. And the most calamitous tragedy that can be visited upon any human, the one that will bring you to your knees, is when the person you love is taken from you and there is no way to get him (or her) back. This can happen through death of course, but the popularity of the typical Hallmark Christmas movie lies in the tension that results from the possible failure of love—death of another kind, one possibly worse than the real one.

With regard to the complaint of unrealistic settings, there is something of an irony in the fact that, in a media age dominated by superheroes and zombies, anyone would be indicting Christmas movies for a lack of realism. Since when do we demand realism in Christmas movies?

Furthermore, I’m unclear as to what the problem is with wholesome characters. Is simply portraying a good person an artistic problem? We know that making those good characters compelling is sometimes difficult. In fact, some writers have been criticized for making bad characters—rather than good ones—too compelling, as was the case with Milton’s characterization of Satan in Paradise Lost. Such a charge has also been leveled at Disney. But if people are, in fact, compelled by a good character, then what’s the problem? Is it that the good characters are unrealistic? Are there really no good people out there? Those who think this just need to get out more.

And why do I get the idea that the killjoys who criticize Hallmark movies would cease their denunciations the second the studio started letting the characters hop into bed with each other? There’s a cliche they have no problem with.

I’m trying to think of the last time I heard an evil character in a story being criticized for being evil. Why is it that good is thought of as needing an apology, but evil seldom does? It says a lot about the current state of our culture that there are so many people triggered by wholesomeness.

I remember someone telling me years ago that the best thing we could do for young people is screen some of the great romance movies of the golden age of Hollywood for them. I think this is a good idea. We live in an age in which people mistake sex for romance, largely because they know too much about sex, and hardly anything about romance or love.

It isn’t that Hallmark movies portray romance particularly well (some do, some don’t)—it’s that they do it at all. The rest of the movie can be a joke, but if it depicts one real romance convincingly, people will watch it. Love is the Hallmark Channel’s monomyth, and they’ve got that market cornered.