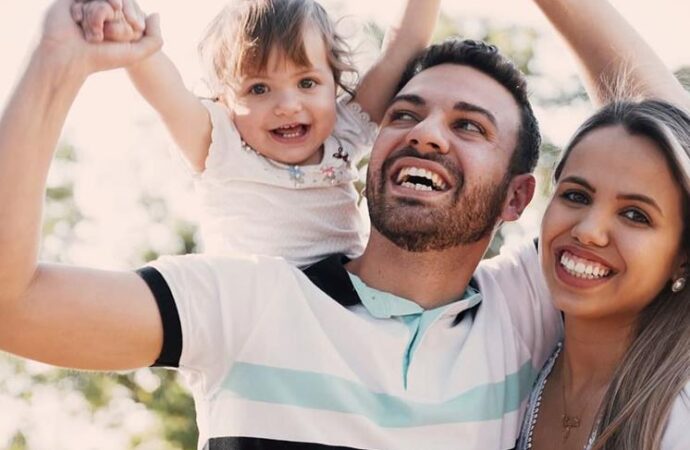 There are plenty of double-take headlines out there, and one of them showed up on my desk the other day courtesy of The Daily Beast. “Meet the People Who Won’t Have Sex Until They’re Sterilized,” the headline ran.

Nonchalantly, as if it was the most normal thing in the world, the article laid out the stories of individuals—mostly women—who want nothing to do with children, in the womb or out. It’s not that they dislike children, the article assures us. Not at all! Children just aren’t the thing for them. What upsets them is that anyone would question their desire to be sterilized so that they never have to bother with little ones.

That mindset is probably more prevalent than many realize. We could be staring at a dark future, a demographic winter with miserable old men and women and very few children, sort of like the one envisioned by P. D. James’ dystopic science fiction novel, The Children of Men. Is there a way out? There is. However, it requires a change in thinking first.

Of course, the young people featured in The Daily Beast’s article on sterilization appear to be very calm, rational thinkers. They do not believe their desire to be sterilized is irresponsible; rather, the article’s author informs us, “they feel it’s quite responsible, actually, to not complicate a new life by exposing it to their own problems.”

Fear of climate change is one of the problems cited. The world is overpopulated already, so why fill it more? Personal character is another. If you know you’re lazy and self-centered and unlikely to change, why subject children to that?

Those who wish to be sterilized complain that society interprets their desire as evidence of psychological problems. But it’s not mental illness, really. It is simply the result of the propaganda that’s fed continually to young people—young women especially—via schools, the media, politicians, and yes, sometimes even their own parents and grandparents.

Our society has bought into the lie that self-fulfillment is the end goal. Women especially are told that they need to go to college—many, many years of college during their most fertile years—in order to have a career, and that such a career is the only way to satisfaction. They are told that they can have motherhood, too, but only one day when they’re well-established career-wise and financially—maybe around age 40. Those who follow this plan realize too late that chances of pregnancy are slim at that age. When women do attain motherhood earlier in life, they’re made to feel that their work raising children is not worthy, that motherhood is a pain, a chore which will age them early, and that their own personal well-being is more important to cultivate and nurture rather than the life of a child.

This lie is something that Alex Riley explores in a recent article for Chronicles Magazine while discussing Jordan Peterson’s latest book, Beyond Order. “Peterson excoriates the destructive taboo in contemporary American society on telling young people—especially young women—the full truth about having children,” Riley writes. As a result, motherhood becomes an afterthought, a hobby almost, with women “sometimes dismissing it altogether, unaware of how their priorities will likely shift later, when it may be too late to act on the change,” largely because they have been trained to be self-focused.

Riley then offers a prescription for this problem:

We should expect that 25-year-olds do not understand themselves or life particularly well, but society’s elders know better. Yet despite this knowledge these elders continue to teach young people beliefs that will likely come back to haunt them later in life. This is a condemnable cultural crime.

So how do we prevent this scenario where young adults want to be sterilized and where young people in general wait until it’s too late to have children? The answer is that the older generation must change its mindset first—and by older generation I mean everyone from age 40 on up. We need to be the ones telling our children that marriage and family are good and honorable things that they should seek after. We ourselves need to be modeling this attitude, welcoming children ourselves and praising those who sacrifice career and self to pursue the high calling of raising the next generation right.

Enough with the propaganda that selfish ambitions are the goal of life. It’s time to realize that selfless sacrifice in raising the next generation is the best gift we can give ourselves and society in general.