Finding a Way Out When at Your Wit’s End 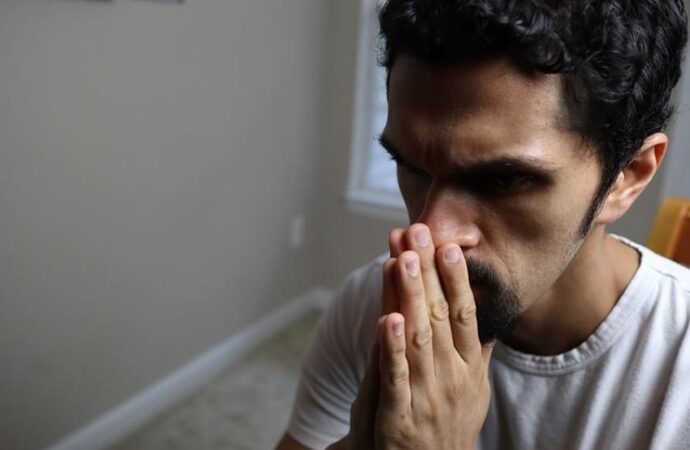 In the center of our office fridge hangs a poem called “Wit’s End Corner,” by Antoinette Wilson. Discovered when our office was going through a difficult time, it hangs on the fridge as a reminder of the storms we’ve weathered and as an encouragement for the storms we will most certainly face in the future. More than one employee has been caught looking at it while under great pressure or overwhelmed by problems.

Unfortunately, problems are not the sole realm of our office. Everyone goes through difficulties, as even recent months show us, months filled with the overwhelming troubles of election uncertainties, disease, vaccine mandates, and the agonizing defeat of our military. With that in mind, a look at “Wit’s End Corner may be just the thing each one of us needs as we frantically scurry around, wringing our hands and wondering what to do.

“Are you standing at Wit’s-End Corner,
Christian with troubled brow?
Are you thinking of what is before you,
And all you are bearing now?
Does all the world seem against you,
And you in the battle alone?
Remember—at Wit’s-End Corner
Is just where God’s power is shown.

Are you standing at Wit’s-End Corner
Your work before you spread,
All lying begun, unfinished,
And pressing on heart and head,
Longing for strength to do it,
Stretching out trembling hands?
Remember—at Wit’s-End Corner
The Burden-bearer stands.

Are you standing at Wit’s-End Corner?
Then you’re just in the very spot
To learn the wondrous resources
Of Him who faileth not.
No doubt, to a brighter pathway
Your footsteps will soon be moved.
But only at Wit’s-End Corner
Is the ‘God who is able’ proved.”

The other day, a friend of mine noted how frustrated he was by articles that rant about the problems in the world, and then end by simply saying, “We have to do something.” He felt like yelling, “Do what?!”

I sympathized with his frustration but recognized that there is so much chaos and turmoil happening so fast that it’s not surprising that no one knows what to do. But in pondering this little poem I realized there is something we can do…something that most of us forget or push aside or only engage in lightly here or there. We can pray.

Are you walking around with a troubled brow carrying a load of cares? Pray. Does it seem like everyone is against you and you’re the only one fighting for truth? Tell God about it. Are you pained either physically by sickness, or emotionally through the loss of a job or a friend, perhaps because of your principles? Take it to the Lord in prayer.

Of course, a person’s heart needs to be right with the Lord before such a recourse can be taken advantage of. An individual also needs to know how to pray. Fortunately, Scripture provides the map to get over both of those hurdles. Try starting in the Psalms. There truly is nothing new under the sun, for those who penned the Psalms seem to have known firsthand what it is to deal with evildoers and painful situations.

We are not the first ones who have forgotten to use this powerful tool. The American Founders used prayer in the early days of their fight for independence, but the more distant that struggle became, the more they forgot prayer. Benjamin Franklin reminded the Constitutional Convention delegates of this fact in the summer of 1787 and suggested that they return to that strategic plan:

In this situation of this Assembly groping as it were in the dark to find political truth, and scarce able to distinguish it when presented to us, how has it happened, Sir, that we have not hitherto once thought of humbly applying to the Father of lights to illuminate our understandings? In the beginning of the contest with G. Britain, when we were sensible of danger we had daily prayer in this room for the Divine Protection. – Our prayers, Sir, were heard, and they were graciously answered. All of us who were engaged in the struggle must have observed frequent instances of a Superintending providence in our favor. To that kind providence we owe this happy opportunity of consulting in peace on the means of establishing our future national felicity. And have we now forgotten that powerful friend?

Judging from the document which eventually came out of that Convention, it seems that the Founders’ shift to prayer must have worked.

Are you at your Wit’s-End Corner in this present world? Then it’s time to try prayer. It’s the easiest and most effective thing we can do to find relief for our burdens.