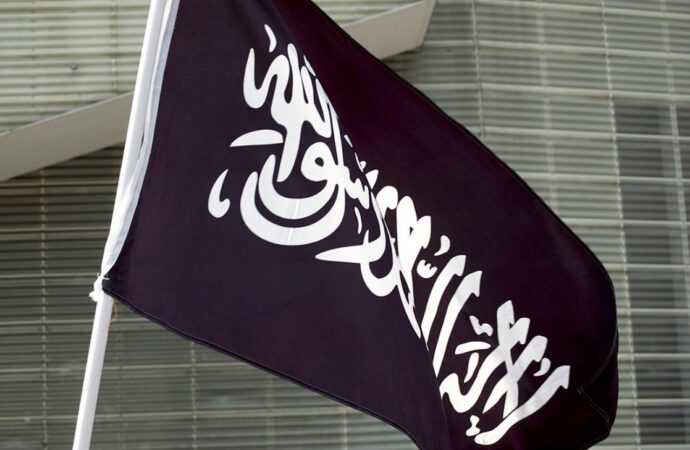 Jihad is both an ideology and a global process. It has triumphed in Afghanistan in both forms, and its adherents everywhere will feel emboldened by what they see as a sure sign of Allah’s sanction. If a poorly armed jihadist force could endure for two decades, struggling against the mightiest infidel force the world has ever known and finally prevail, every true holy warrior will feel motivated to achieve similar results against weaker targets.

Before we look at the likely objectives of jihadist attacks in the period ahead, it is necessary to clarify the term “jihad” and “jihadist.” There has been a sustained effort by Islamic activists and their Western apologists, especially since 9/11, to muddy the waters by claiming that the original term denotes a sort of spiritual effort and moral striving. This is a lie.

Our flowers are the sword and dagger,
Narcissus and myrtle are naught;
Our drink is the blood of our foeman,
Our goblet his skull when we’ve fought.

These verses, known all over the Arab world, are attributed to Muhammad’s cousin and son-in-law Ali ibn Abi Talib, one of the four “rightly-guided calips” and a great hero of early Islam. They summarize both the cult of violence in the Islamic world, and the specific manner in which Muhammad’s new faith expanded from its base in the Arabian deserts.

Muhammad and his successors were prone to war by custom and required no excuses to wage it. They were simple fighting men, accustomed to living by the pillage of travelers and robbery of settled populations.

Islam provided an ideological justification—both global and totalitarian—for wars of conquest that probably would have occurred anyway. The view of modern Islamic activists, such as Mustaq Aksari, spokesman of an Islamic terrorist group, that “Islam must rule the world and until Islam does rule the world we will continue to sacrifice our lives,” is not extreme from the standpoint of traditional Islam. It has been divinely sanctioned from the moment Muhammad established a power base in Medina.

“O Prophet! Rouse the believers to fight!” the Quran orders [8:65], and promising that 20 “patient and persevering” Muslims would vanquish 200 unbelievers. Allah further orders the faithful to fight the unbelievers [9:123], “and slay them wherever ye catch them, and turn them out from where they have Turned you out; for tumult and oppression are worse than slaughter.” [2:191] The end of the fight is possible only when “there prevail justice and faith in Allah.” [2:193]

There are dozens of quotes in the Hadith with Muhammad’s assurances that Allah guarantees all jihadi warriors instant paradise in case of martyrdom. To be a warrior “in the path of Allah” was a win-win situation.

Jihad remains a divinely ordained violent endeavor for its adherents. The concept of spiritual struggle was never meant to replace, let alone abrogate, the original warlike meaning. Recent attempts by Islamic apologists to assure the West that only the “spiritual” definition of jihad really applies, amount to distorting history and brushing up centuries of very physical “striving” by generations of Muslim warriors. In Quranic terms, peace does not only mean absence of war; it is a positive state of security which is only available once the jihadists defeat all their infidel enemies and conquer all their lands. This is the same definition of “peace” that was used by Soviet propaganda in the period of its expansion (1944–1979): it is fully attainable only after the defeat of capitalist “imperialism” and the triumph of the vanguard of the proletariat in the whole world.

What matters to us non-Muslims today, and what mattered to non-Communists during the Cold War, is not the metaphysical meaning of “Peace” within the community of gnostic believers who threaten us, but the consequences of their dialectic for the rest of us. Those who invented jihad in the seventh century intended it for particular purposes and are the authors of the concept and, as such, they should be respected intellectually. They meant Islam to be spread by the sword, and it has been maintained by the sword ever since. Sir William Muir, one of the greatest orientalists of all time, summed it up 120 years ago when he declared that the sword of Muhammad and the Qur’an are the most fatal enemies of civilization, truth and liberty the world has yet known.

One major distinction between Islamic terror and its 20th century totalitarian counterparts, as practiced in the camps of the Final Solution and the Gulag, concerns methods. The European totalitarian mass murderers adopted the “style” of a developed industrial state. Their terror relied on complex equipment and intricate administrative network, while Islamic terror relied mostly on oral orders. The selection of targets and methods of killing were often random.

Such differences notwithstanding, Marxist, Nazi, and Islamist projects have the lust for other people’s lives and property and the urge to control their subjects’ lives in common. All three have been justified by a self-referential system of thought and belief that perverts meanings of words, stunts the sense of moral distinctions, and destroys souls.

As the late author Oriana Fallaci noted shortly after the 9/11 attacks, the war that Muslims call jihad primarily seeks to conquer our souls, to destroy our civilization, to annihilate our way of living and dying, our way of praying or not praying, our way of eating, drinking, dressing, amusing and informing ourselves. Yet Westerners still refuse to see that a war of religion is in progress. She writes:

You don’t understand or don’t want to understand that if we don’t oppose this, don’t defend ourselves against this, don’t fight, Jihad will win. And it will destroy the world that, good or bad, we’ve succeeded in building, changing, improving and making a little more intelligent, i.e., less bigoted or even without bigotry. And with that it will destroy our culture, our art, our science, our morality, our values and our pleasures.

Islam created jihad. It remains defined by jihad, its most important concept for the rest of the world. Through jihad, Islam has emerged as a quasi-religious ideology of cultural and political imperialism that knows no natural limits. Unlike the “just war” theory originating in Christian thinking, which has now evolved into a secular concept instituted in international laws and codes, jihad is inherently religious as well as political. It emerged from the desert, and it perpetually creates new mental, psychic, spiritual, and literal deserts of whatever it touches.

“I have studied the Koran a great deal,” Alexis de Tocqueville, the 19th century author of the seminal Democracy in America, wrote.

I came away from that study with the conviction that by and large there have been few religions in the world as deadly to men as that of Muhammad. As far as I can see, it is the principal cause of the decadence so visible today in the Muslim world, and, though less absurd than the polytheism of old, its social and political tendencies are in my opinion infinitely more to be feared, and I therefore regard it as a form of decadence rather than a form of progress in relation to paganism itself.

Tocqueville had expressed numerous opinions in his relatively short life which have retained their prescient freshness in our own time. It is unsurprising that his final word on the ideology of jihad is as valid today as it was when first written.