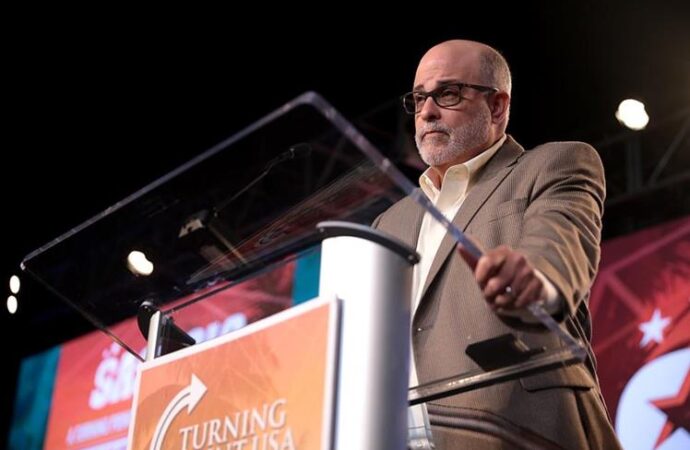 A devastating leftist critique of Mark Levin’s bestselling book American Marxism was posted by Zachary Petrizzo at Salon the other day. After reading Petrizzo’s remarks, I am left wondering about the colossal foolishness of Levin, who set out to write a book—which his celebrity would push to the top of the New York Times best seller list—on something it seems he never bothered to study.

Petrizzo notes that Levin refers to the Frankfurt School—which he attacks as the main source of American Marxist pollution—as the “Franklin School.” Levin also seems to be blissfully unaware that this school of radical social theory that he purports to be investigating developed in the German city of Frankfurt, not Berlin, after World War I.

Furthermore, Levin blames my former professor Herbert Marcuse for “hatching” this dangerous radical theory, which turned Marxism into a racially divisive ideology. But as Petrizzo notes, the Critical Theory in question was constructed by multiple theorists going back to the 1920s; in its earlier, more traditional forms, it had nothing to do with black/white confrontations in the United States.

Marcuse’s contribution to Frankfurt School theory was hardly foundational, as one learns from reading Rolf Wiggershaus’s massive study of this enterprise, which is now available in English. Marcuse achieved prominence as an exponent of Frankfurt School theory mostly after World War II, and his strongest influence was in the United States, whither he immigrated in the 1930s.

Since Levin is a TV entertainer, it wouldn’t be surprising that he would not be aware of all these facts, but one might expect his editors to have noticed and corrected his more embarrassing errors. One does not have to be a trained research scholar to pick them up. As Salon points out, a search on Wikipedia would have turned up Levin’s more egregious bloopers in a few minutes. It seems the now familiar combination of self-importance and intellectual vulgarity that characterizes conservatism as media entertainment may be what lies behind this botched work. These performers should limit themselves to what they do best, which is entertaining, for they are neither equipped nor predisposed to pursue scholarly research.

Contrary to what Levin claims, I’m not sure why escalating racial tensions in the U.S., largely stirred up by white elites, prove that Marxism is gaining ground. These tensions can be explained without recourse to garbled histories of Marxist movements in the U.S. Racial animosities are real, and the woke left is doing all that it can to make sure that this hatred can be further inflamed.

Levin charts a tortuous course in trying to clarify how Marxism produced our present problems, but once again falls short. How for example did the Progressive educator John Dewey, who is one of Levin’s bête noires, contribute to our present woke insanity? Although Dewey was at least initially enamored of the Bolshevik Revolution—but later became quite disenchanted—and fathered the unsavory idea that public education should serve social engineering purposes, it is hard to see how Dewey caused or exacerbated our racial conflicts. Incidentally, Dewey was also never a Marxist.

Perhaps a more relevant case of what Levin is talking about is the civil rights leader Martin Luther King, Jr. This is not said to demean King’s courage, but as an example of prominent leftist political figures who associated with Communists and preached socialist ideas. King surrounded himself with Communist advisers, as his admiring biographer David J. Garrow documents with detail in Bearing the Cross. King also filled his letters and diaries with defenses of socialism. In King’s case we are also dealing with a civil rights revolutionary, who loudly scolded white racism.

But I’m not at all convinced that King would qualify as a Marxist. He appears to have been a Christian socialist who thought his Communist colleagues shared his indignation about what he perceived as social injustice. It is entirely possible to understand King’s career just like the activities of the present left without ascribing a Marxist lineage to either.

Thus, we come back to Levin’s expository problem of proving a connection between two forces that he finds objectionable, namely, the antiwhite woke left and Marxism. Although a connection between these two entities may be present, Levin certainly does not show that one exists. Meanwhile, Levin’s millions of fans will read the book and, confident in their knowledge, will debate with friends and family—only to be easily discredited.