CNN and the Dating Game Killer 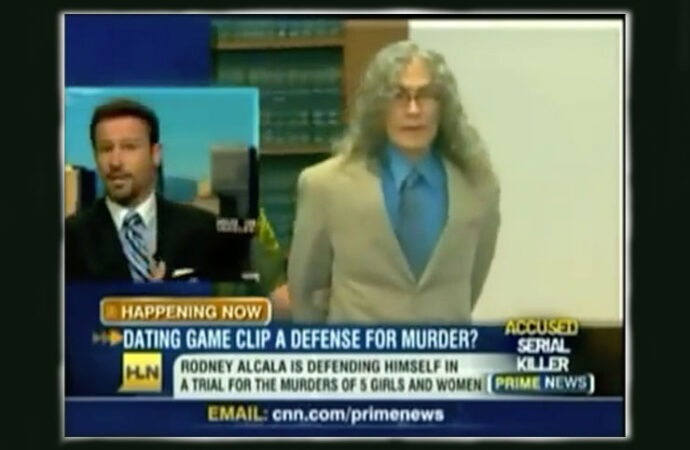 On July 24 we learned that Rodney James Alcala, the so-called “The Dating Game Killer,” died at age 77 of natural causes. Alcala was given that name because in 1978 he appeared on The Dating Game television program, just at the same time he was carrying out a killing spree that included at least five known and probably many more unknown victims.

The death of this depraved murderer and rapist does more than just give the media a chance to dredge up horrific old headlines. Alcala’s life is a prime example of the skewed priorities our culture holds in advancing its now deeply flawed notion of justice.

CNN, one of the most reliably unreliable ‘news’ services carefully avoided any moralizing on this story. Reporters Andy Rose and Susannah Cullinane stuck strictly to facts about Alcala’s known crimes—the rape of an eight-year-old girl, and the murders of four women and a 12-year-old girl—and the details of his various convictions and sentences.

Many readers were likely left asking the same questions I was asking at the end of the story.

How do we call ourselves a just society when a vicious, depraved monster like this is allowed to live out a long natural life protected from the retribution of his victims’ families? Alcala was fed three meals a day, sheltered from the elements, and given access to plenty of activities to keep him busy for decades. How can all of this come at our expense, while his victims molder in the grave, and their families daily meditate on the obscene fact of Alcala’s comfortable life after mercilessly snuffing out the lives of their loved ones? How is it that we did not find the wherewithal to remove this evil entity from our midst long ago?

CNN doesn’t ask or even infer these questions because the vast majority of people working at that network undoubtedly hold the American cultural elite’s view on the death penalty. As soon as the topic comes up, such people start in with a religious mantra of practiced chants: the death penalty is racist, and innocent people are sometimes sentenced to death, and therefore it is unconscionable. We should give defendants years, perhaps even decades to make their case, and we can best show ourselves morally superior to murderers by being kind to them.

The reality is that there is no convincing evidence of racial bias in the death penalty. Furthermore, though there are some cases of false convictions that were later overturned, a few such cases do not serve as a reasonable criticism of the moral appropriateness of ending the lives of monsters such as Alcala. There is not the slightest doubt about his crimes. He admitted to them, DNA evidence proved his culpability, and police recovered Alcala’s photographs of the victims, demonstrating his connection to them. The only doubts are how many more innocents he murdered, without evidence being discovered to convict him for those atrocities as well.

Alcala was first convicted of murder and sentenced to death in 1980 for the murder of a 12-year-old girl, but that conviction was overturned despite every bit of evidence in the case proving his guilt, on the basis that his jurors were given information about his earlier convictions on sexual crimes. Thirty years later, he was again convicted of that murder plus the four others. Thus, when he died peacefully in a hospital bed in 2021 he had been sitting on death row for more than a decade.

Because of the perversely unjust bureaucracy that is our criminal justice system, this demon masquerading as a man was permitted to live on society’s tab for more than 40 years. And CNN, which cannot stifle its moral outrage when, for example, a black man timorously claims he is afraid to walk in his neighborhood, though there is no evidence that he had ever faced any threats or danger there, is apparently wholly unperturbed by the moral abomination of Alcala dying of old age, under our care, with all that blood on his hands.

Incarnate evil destroys innocent life, and our system of ‘justice’ allowed Alcala to live out his full life in peace, and our media reports on his death as they would the death of a minor celebrity, which is just what we allowed him to become in failing to effectively punish him.

“Of all changes in recent American history,” Robert Nisbet writes in Prejudices, “the most macabre and chilling is the breakdown of one of mankind’s oldest and most salutary communities of will and purpose: that of crime and punishment.”