Transgenderism is the Latest Woke Insult to Sports Fans 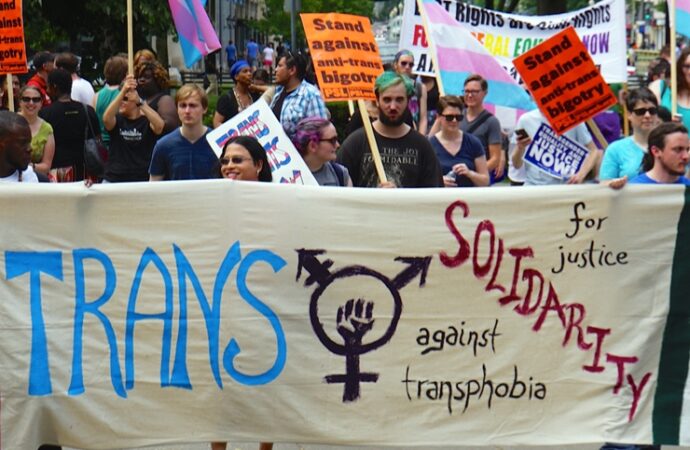 The effort to make sports unwatchable for most fans continues at light-speed.

What started as a handful of radical NFL players kneeling during the national anthem transformed in the blink of an eye into an organized NFL-wide ceremonial genuflection to BLM. The woke virus quickly infected the NBA, too. Only the threat of revenue loss pushed owners to temporarily curtail their public expression of radical faith by removing the BLM logo from NBA jerseys.

During this year’s Pride Month, the professional leagues and sports media went all-out in promoting the most radical elements of woke culture within the sporting world. Sports fans will now be forced to celebrate transgenderism, even to the detriment of the trans athletes.

ESPN published a lengthy, fawning feature on the WNBA’s “first non-binary, transgender player,” Layshia Clarendon. The EPSN reporter wrote the article in a way calculated to produce confusion in the reader, perhaps to approximate the puzzling statements Clarendon makes about the basics of sex and identity:

We are told that Clarendon, biologically female, is raising a child with another biological female, who bore the infant. They refuse to assign any gender identity to the child, whom they call “Baby C.”

But hold on, traditional sports fan! Clarendon also claims a Christian identity, so perhaps you can find a point of connection there? Alas, Clarendon’s theology is likely equally confounding to readers. “To me being Christian means f—ing s— up,” she said.

If this story is insufficient to draw you to the woke drama that is the WNBA, Sports Illustrated recently ran a cover story informing readers uninterested in women’s professional basketball that the only possible reasons are “racist, sexist, and anti-LGBTQ” beliefs. You think women have every right to participate in sports, but you nonetheless feel underwhelmed by the comparatively slow pace and lack of athleticism and physicality in the women’s game? Well, according to SI you’re just a bad person.

The coup de grâce, though, is an ESPN story about Patricio Manuel. Manuel is a boxer born biologically female who as an adult had breast removal surgery and began taking male hormones. The article title notes plaintively that Manuel “is still looking for his next fight.”

Why? Perhaps because almost any biologically male boxer will understand the risk he runs in fighting Manuel. Nearly 100 percent of biological women have less total and upper body strength than the biological man at the mean, and professional boxers are at the high end of the strength distribution.

Anyone in a position of authority to decide who may fight whom should well understand the ease with which a biological female, even one altered by hormone therapy, can be seriously harmed by a strong biological male trying to do just that.

But these authorities have completely reneged on their moral responsibility. Citing the excuse that a boxer’s medical history is private information, Manuel’s trainers and boxing officials have tried to hide Manuel’s story from potential opponents. It is hard to keep such a secret, though, and so numerous planned opponents have discovered the truth and made the only responsible decision and refused to get in the ring with Manuel.

To date, only one male fighter has not refused. The ESPN article is almost absent any boxing commentary on that event, though it carefully describes how police allegedly treat Manuel differently now that hormones have altered Manuel’s features to make her appear more masculine.

The entire four-round fight can be seen on YouTube. Manuel’s opponent, Hugo Aguilar, was remarkably unaggressive, throwing few punches. He spent much of the fight just standing motionless in front of Manuel with his gloves covering his face. Despite of his lack of activity, he managed to seriously hurt and nearly knock down Manuel in round two, very nearly winning the fight.

Though the judges awarded Manuel a unanimous decision, Aguilar looked better against Manuel than he had in all his previous five professional fights, all of which he lost handily. According to judges’ scorecards compiled by BoxRec, Aguilar was knocked out in two of those earlier fights (against biological males) and rarely won a round convincingly in those that went to decision. And yet he was able to walk through most of Manuel’s offense, blocking or evading nearly all of her punches; the few that landed had little effect.

Manuel and the writers at ESPN should hope that no more willing male fighters materialize. If Manuel does get into the ring with a competent and unrestrained male fighter, it is highly likely that the trans boxer will be seriously injured. And those cheering this on will have to shoulder some of the blame for making that possible.

“Time to Buy In” to the woke sports agenda? Not for the traditional sports fan. It’s time to sell, and to make the hard realization that the world of professional sports, like so much else in our culture, is now essentially lost to the Revolution.