The West’s Eco-imperialism Against Africa 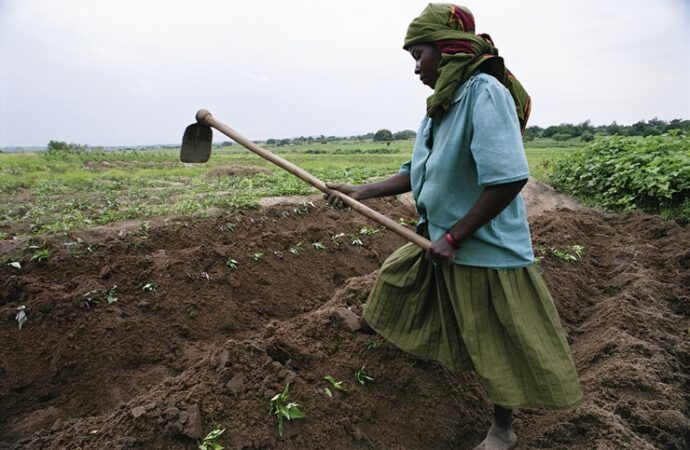 There is a global movement to remove the residues of Western imperialism from society, one seen in the toppling of monuments dedicated to Western explorers and statesmen. Activists also assert that developing countries must be permitted to chart a new course without cultural interference from the West.

Yet this assertion breaks down when it comes to the idea of eco-imperialism.

When Western countries were in their development stage, they were allowed to exploit their resources and energy sources without encountering grim lectures about climate change. Yet now the West prefers that African countries risk their financial health for the good of the climate. Not surprisingly, African countries aren’t thrilled at this latest Western idea and want the same privilege the West once had.

This is an especially viable argument for African countries given the spurious data upon which climate change is based. Contrary to reports, climate change is an old problem and history records our ability to adapt to an unpredictable climate. Nor is there consensus that CO2 is a pollutant.

The banning of DDT is another prime example of eco-imperialism. Until Western propaganda contributed to its demise in 1990, DDT was deployed to reduce malaria’s spread in Kenya. Fortunately for Kenya, use of DDT was resumed in 2010. “New studies have shown earlier accusations of DDT to be largely incorrect,” then-head of Kenya’s malaria control unit, Willis Akhwale, reported a year earlier. “The pesticide is safe for use in malaria control, if, like other chemicals, it is used responsibly.”

“Despite the fact that many of the fears surrounding DDT were unfounded and based on inadequate unscientific studies,” economist Roger Bates bluntly states, “the U.S. Environmental Protection Agency (EPA) banned DDT in 1972.” The truth is that DDT was never given an impartial hearing before the decision to terminate its use.

For political reasons, poor countries are coaxed into implementing expensive environmental programs that only caress the egos of activists, whose living standards remain unaffected by their bad ideas. A dreary picture of the consequences of environmental activism on Africa is painted by Paul Driessen at The Heartland Institute:

Now, even as locusts wipe out staple food crops, rabid NGOs are pressuring Kenya’s Parliament to ban over 200 pesticides that have been approved as safe for crops, wildlife and people by Kenyan authorities and by regulators in the USA, Canada, and other nations.

Rather than promote modern farming techniques for Africa, Driessen explains, the insidious program of agroecology is advertised. The fixation on perceived indigenous practices excludes the knowledge, technologies, and equipment that could reduce poverty and other social ills in Africa.

It is even more disturbing that the eco-imperialism of the West is insufficiently challenged by African leaders. Fossil fuels power renewable energy and are responsible for the West’s higher living standards by facilitating efficient production. Yet policymakers are unwisely considering a ban on fossil fuels, Samuel Ayokunle Olówósejéjé notes in The Conversation:

In Nigeria, for example, proposed policies exploring an outright ban on independent fossil fuel systems could erode the progress in extending electrification across the country.
In fact, these fossil fuel systems form part of hybrid renewable energy networks that play a large part in sustainably electrifying under-served communities in Sub-Saharan Africa.


African leaders are so distracted by environmentalist rhetoric that they may impoverish their people in order to create solidarity with misguided Western elites. Despite the proclivity of African politicians to decry neo-colonialism, it appears that in the arena of environmental management they are willing to make concessions to the West. The truth is that although Western civilization is frequently derided, most regions take their cues from the West. Even dubious climate policies will still be exported elsewhere, due to the West’s cultural capital.

To truly exercise sovereignty, Africans must extricate themselves from the allure of Western leftism. It is illogical to oppose Western imperialism, yet accept eco-policies crafted by the West that are antithetical to Africa’s progress. Essentially, adopting the environmentalist rhetoric may esteem African leaders in the eyes of their Western counterparts, but unfortunately, their constituents will be rewarded with poverty.