Conservative Media Needs to Stop Taking Their Opponents’ Side 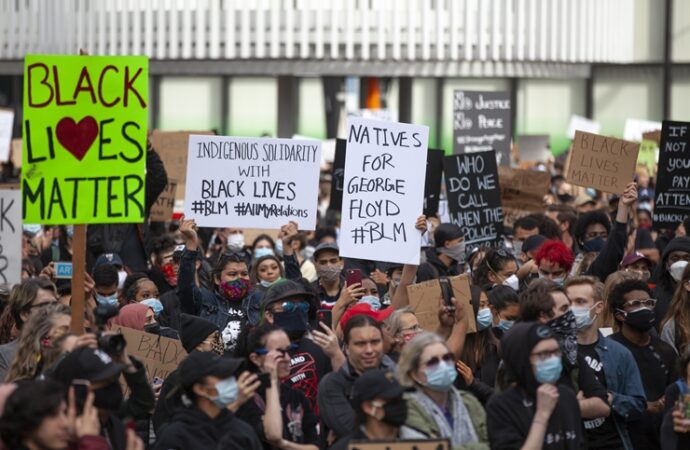 Members of the establishment conservative media are wimps when it comes to responding to the left’s accusations about white American “systemic racism.”

Whether it’s refusing to stand for the national anthem at sports events, substituting the Black National Anthem for the Star-Spangled Banner on PBS, announcing fireworks shows on Independence Day are a “racist” activity, or pushing Critical Race Theory in schools and the military, black activists and their omnipresent white instigators find new ways to insult the country in which they mostly live in opulence. The responses from the other side in this debate leave much to be desired.

Examples of such simpering were on display between July 3 and July 5 when Fox News offered these rejoinders to black nationalists dissing the United States and its historic past:

All these arguments are typical of a questionable strategy in which most of the opposing position is unnecessarily conceded and the debater quibbles over details. There is no reason to present the U.S. as a racist, sexist sewer in order to win the sympathy of the left, if that is what this pulling of punches is about.

The right has reasonable counterarguments it can make against this ideology, rather than kowtowing to the left. Despite discrimination, American blacks rose socioeconomically throughout the first half of the last century, that is, mostly before the civil rights era. To their credit, they did so in the face of real discrimination.

While many of their ancestors were slaves, these slaves and their descendants were far better off materially in this country than most blacks anywhere else, particularly those in sub-Saharan Africa. In no other slaveholding country in the history of the world did slaves reproduce naturally at a greater rate than they did in the United States. Height data provides powerful evidence that slaves had a more favorable diet than most other people in the world before the Civil War. On average, U.S. slaves in 1860 consumed more meat annually than most other workers in the world at that time and almost six times more meat than the average Italian did in 1890.

There was a path that could have been taken to improve the living and social conditions of blacks much further in the civil rights era and beyond. But those in power chose to do something else. They indulged black vice, stressed victimhood, tore down Confederate statues, and engaged in other forms of virtue-signaling.

The civil rights revolution did not “achieve” what Brit Hume says it did, namely, a universal awareness that racism is wrong. In fact, it led us in the opposite direction, toward the instigation of black racism and a two-tiered system of justice, in which black racist vandals are released onto the streets, while critics of the left are branded as “right wing extremists.” This situation presupposed a long historical development, involving a government- and media-sponsored war against certain types of discrimination and “prejudice.”

But this stigmatization did not in any way limit antiwhite bigotry, the shaming of Southern whites, and the encouragement of what used to be considered trash talk by spokespersons for designated victims.  I’m also not sure when the golden age of race relations took place. Although Hume and those of my generation would like to believe there was a time of “universal consensus” against all forms of racism, I may have missed it while blinking my eyes.

The government war against discrimination should have been closed decades ago. We are not helping the mass of black people by mollycoddling black rioters and confessing white racial sins, even if our political and media class benefit from these missteps. And we do not end the expanding victim industry by meeting it three-quarters of the way in a discussion in which we mostly agree with its representatives about our reprehensible racist past and the continued presence of white racism.

It is also entirely possible that the unpleasant institution of segregation would have ended under economic and other pressures, without the ongoing government crusade that has been gaining steam from the 1960s and which now includes other victim groups beside blacks. Turning the country into a police state to fight steadily manufactured categories of victimization has not advanced our constitutionally guaranteed liberties. And no, the problem did not start when Barack Obama or Uncle Joe was elected to the presidency.

There is however one argument I heard Brit Hume make earlier in the week that sounds entirely reasonable. If the U.S. is as loathsome as our state-supported black nationalists and their numerous white allies believe, then the gripers should be encouraged to move away. I for one would happily contribute to a fund to help these protesters resettle somewhere outside the U.S., perhaps in a place free of the scourge of whiteness, and which accommodates their LGBT demands. How about Zimbabwe or one of those other spots that former President Donald Trump described in scatological terms?