Biden’s Master Airbrushers in the Media 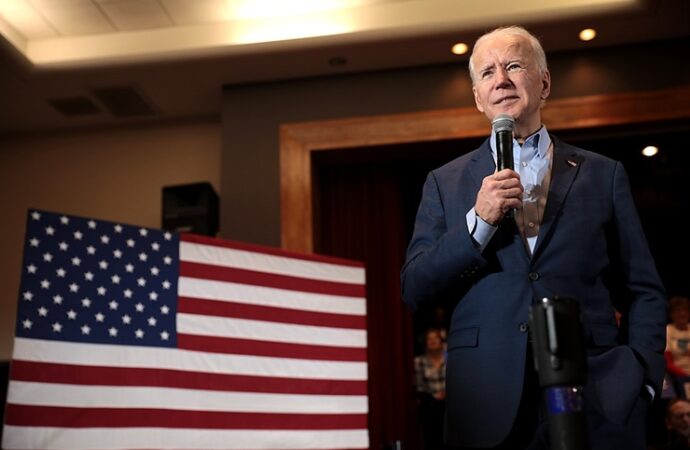 On July 21, President Joe Biden held a townhall in Cincinnati, taking questions from gushingly friendly CNN “journalists.” The room in which he spoke was half empty. From all appearances, Biden confirmed the suspicions of his critics that he is failing mentally and that what his “advisers” told him to say parroted the views of the left wing of his party and lacked any national consensus.

Calling the townhall an “absolute farce,” a commentary from The Hill noted that rather than dealing with serious issues, such as the more than a million illegals who have already streamed across our southern border and the spiraling crime rate in our cities, Biden confined himself to scripted, thoroughly implausible responses. There is no crisis on our border, our president insisted, but if there is trouble in that area, then Donald Trump caused it. The escalating urban violence is supposedly the result of a lack of gun control laws, not the defunding of police and the driving of police officers into retirement. Although we are now facing rising inflation, Biden assured us it would go away if Congress passed his infrastructure bill, which is loaded with giveaway programs to Democratic constituencies.

These observations from The Hill were an anomaly. Most of the time, it doesn’t really make any difference what is real. People’s perceptions of our leaders are largely shaped by how the major media—allied as they are with the Democrats—present them.

The influence of the media on America’s perceptions of her current leaders can be seen in the polls. Despite the problems this failing president has caused, reliable polls track Biden’s popularity at 50 percent or better. Moreover, his personal popularity hardly ever moves south even when he reels off stock leftist answers to policy questions, which sometimes appear to be so ideologically driven that one feels like saying, “You must be kidding!” Those who listen to him know exactly what he will say, often haltingly, as he gazes at his prompter. I doubt most Americans think Biden is at the top of his game, but they like him and what they believe to be harmless platitudes he utters before lapsing into senior moments. Likewise, although Kamala is thought by her critics to have an utterly obnoxious, entitled personality, and is scolded for having failed to do anything positive to end the border crisis, her approval rating is still one percentage point above her disapproval marks, according to Real Clear Politics.

In the media-driven narrative, Biden remains a sweet, doddering grandfather who means well for the country even if he doesn’t express himself clearly. He is also depicted as a “tragic figure,” who lost a son to cancer and before that, a wife and daughter in a car crash. Even the fact that his son Hunter has been involved in shady activities with his father’s occasional involvement should not lessen our respect for the patriarch who has stood by his son, according to this viewpoint.

The worst the media allows us to think about Joe is that he has been overly generous to a child in his fifties who never recovered emotionally from “family tragedies.” We must also never forget that the election of Joe and Kamala saved us from the horrible fate of spending four more years under the American equivalent of Adolf Hitler. One can only imagine what loss of civil liberty would have occurred if Trump had been reelected, but we can all rejoice now that Joe has assumed the challenge of driving back the monster.

This is not only how TV networks and the national press depict life under Biden. It is also how our president was portrayed by a lady in her seventies who sat next to me on a recent flight. This lady could not contain her enthusiasm for “the soft manner” in which Joe speaks to us, which stands in sharp contrast to the “nasty, shrill” way in which Trump riled up his audiences. Never mind that unlike The Donald, Biden and Harris play the race, gender, and LGBT cards constantly and cynically, call all whites “systemically racist,” and shout “Jim Crow” whenever Republicans stand in their way.

The media work hard to make Joe and Kamala look nice and caring, and this nice image is now implanted in at least half of our voting population. This should concern those of us who consider the present administration to be utterly disastrous and who would like to believe that most Americans share our perception. Because of the public relations investment made by the media and other opinion-forming institutions in the U.S., Biden and Harris continue to enjoy popular esteem. One wonders what kind of face-lift the media are planning for congressional Democrats in 2022. They could not possibly do a better job than the one they have done for Joe.