Beauty and the Brutalist: The Architectural Effect on Our Souls 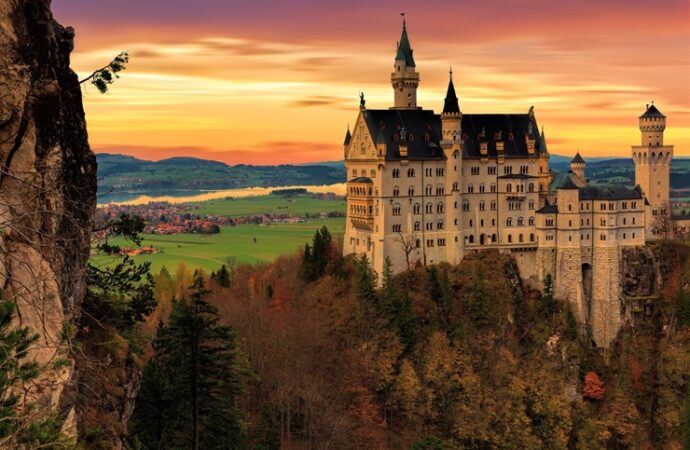 There is a beautiful conservatory in my hometown that houses flower gardens year-round despite our chilly northern clime. Its soaring glass dome was built in 1915 and gracefully presides over a beautiful pond and manicured grounds in a stately way reminiscent of the Capitol dome.

Several years ago, the park hosting the conservatory must have received an influx of cash, which they in turn spent on an addition to this classic glass house. Since the new structure is also glass, it doesn’t destroy the conservatory’s aesthetic as much as it could have; nevertheless, the jagged angles of the modern addition tend to suggest an iceberg about to collide with the classic architecture of the original building.

I do my best to block out the iceberg when I sit back and admire the original conservatory, but that’s pretty hard to do. In all honesty, we really should not turn a blind eye to these wince-worthy buildings, for they remind us of the ideology of ugliness and despair at work, an ideology which we must fight against.

Just built in Spain / Soon to be built in Charleston pic.twitter.com/Uq1jPNd8zs

The second example is reminiscent of the conservatory/iceberg situation, with a classic building looking as if it ran into the jagged peaks of the new structure. Or as the Twitter poster described it, the new architecture looks as if it’s a parasite on the old.

The Velveeta cheese box building looks like an example of Brutalist architecture. The jagged, parasitic structures appear to be excellent examples of Deconstructivism, a successor to Brutalism. Brutalism gained popularity following World War II and was a prime example of socialist architecture influenced by the war’s upheaval, Jessica Stewart writes in My Modern Met.

That connection makes sense, particularly in light of insights from author W. Cleon Skousen in 1958. Skousen listed 45 goals that Communists had “to soften America for the final takeover.” Two of them relate closely to the artistry of architecture:

22. Continue discrediting American culture by degrading all forms of artistic expression. An American Communist cell was told to ‘eliminate all good sculpture from parks and buildings, substitute shapeless, awkward and meaningless forms.’
23. Control art critics and directors of art museums. ‘Our plan is to promote ugliness, repulsive, meaningless art.’

Clearly, such ugly, repulsive, meaningless art has drifted into the design of our buildings, displacing beauty. But why would the displacement of beauty be on the Communist agenda for America? Why is Brutalism such a hallmark of socialist architecture?

Perhaps it’s because beauty is a reminder of a thoughtful, loving, and caring designer who wants to improve the world.

Roger Scruton explored this idea in his book, The Face of God:

The sense of beauty puts a brake upon destruction, by representing its object as irreplaceable. When the world looks back at me with my eyes, as it does in aesthetic experience, it is also addressing me in another way. Something is being revealed to me, and I am being made to stand still and absorb it. It is of course nonsense to suggest that there are naiads in the trees and dryads in the groves. What is revealed to me in the experience of beauty is a fundamental truth about being – the truth that being is a gift, and receiving it is a task. This is a truth of theology that demands exposition as such.

Scruton says ugly, modern buildings look like a piece “of household junk thrown out in the street,” and “are designed as waste – throw-away architecture…which will be demolished within 20 years.” Thus, they are worthless, and in return, they make us feel worthless and repressed.

Perhaps that’s why Brutalism was such a hallmark of socialist architecture. If it can depress society and take the beauty out of the world, it can repress and discourage the individual, making him think he has little worth in the sight of others, and especially in the sight of God.

In the same way, today’s ugly buildings reflect signs of our times. If they can diminish beauty, creating allegedly artistic buildings that just look like a blob thrown on a landscape, placed carelessly and without design from a loving a creator, then we can subconsciously apply the same thinking to our lives. What does it matter then if we engage in destructive behavior? Why not loot stores, smash windows, or burn buildings?

Beautiful architecture lifts our spirits and causes us to aspire to greater heights in our own living. When that beauty disappears, then our society had better be ready for the despair and destruction that inevitably results.