The Wrong Turn of Civil Rights 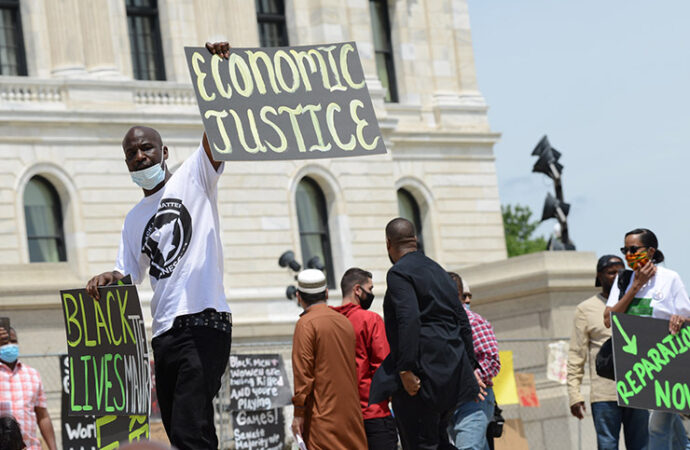 The civil rights movement is often placed on a pedestal today with an almost religious fervor, with its own Christ-like figure in the form of Dr. Martin Luther King, Jr. Such an attitude is on display in a recent, generally incisive critique by Victor Davis Hanson on the breakdown of lawfulness and the eruption of crime in Biden’s America.

Hanson invokes the higher standard of conduct which apparently prevailed before we were polarized by racial division, saying, “Do we revert to the norms of the civil rights movement where the content of our character alone matters, not the color of our skin?” Although I am not against judging other humans by “the content of their character,” it pays to view the civil rights era in a less worshipful fashion, particularly because of the crime and strife it involved and encouraged.

Crime in American cities soared throughout the civil rights era and only began to decrease significantly in the late 1990s, when we engaged in a massive effort to incarcerate violent criminal offenders. For a while, the percentage of young black males, who were disproportionately involved in such activity also declined because they were in jail, which may have had something to do with this breathing space. In any case there is no evidence that what Hanson regards as the “norms” of the civil rights movement had any effect in lowering crime rates or improving interracial relations.

I also recall the active inciting of strife during the 1960s and 1970s from such civil rights organizations as the Black Panthers and the Student Nonviolent Coordinating Committee. Activists like H. Rap Brown, Huey Newton, and Stokely Carmichael also stoked this fire of strife. We should therefore assume that Hanson is not recommending their version of the civil rights movement. Instead, he is extracting his norms from a passage in King’s 1963 “I Have a Dream Speech.”

But not even King was consistently guided by this colorblind standard and strongly endorsed affirmative action programs targeted at blacks. He also advocated economic redistribution programs that would cause his Fox News fans to go into a tizzy if these recommendations came from the Biden-Harris co-presidency.

Although the civil rights crusade hastened the removal of certain injustices caused by past discrimination, it also had a downside. Financial conditions for blacks had vastly improved through the first half of the 20th century, a fact documented by Thomas Sowell and Walter Williams and discussed by Alexander Riley in Chronicles. Between 1910 and 1930 the percentage of blacks living below the poverty line dropped by 40 percent, and by the 1960s, it had plummeted relative to where it had been at the beginning of the century by 60 percent.

Contrary to what many would like to believe, the civil rights movement did not reduce racial hate and usher in an age of racial harmony. While it did fight segregation and opened education and certain professions to blacks faster than might otherwise have been the case, it radicalized those it claimed to be helping and poured oil on the fire of racial animosity. The intensification of racial animosity together with the intermittent rises in violence we are now seeing has, unfortunately, been progressing since the 1960s.

Woke culture represents not a glaring distortion of the earlier civil rights movement but an unhappy culmination. The government-sponsored mobilization of blacks as an electoral power had the further effect of pushing our politics far toward the left socially; and soon other groups claiming to have been victims of discrimination, starting with feminists, piled on the civil rights wagon, to the detriment of those who were designated as victimizers. We can say this with full justification without having to defend diehard segregationists, let alone the KKK.

The civil rights movement has not only increased racial animus but largely been a diversion from a more serious path to collective self-improvement that true black heroes like Booker T. Washington advocated at the beginning of the last century, as opposed to ranting against white people and justifying black violence. Indeed, the enormous strides blacks made came before the civil rights movement, which in some ways interrupted real black progress.

The major beneficiaries of the civil rights movement seem to be anti-discrimination administrators, directors of diversity classes, race-baiting politicians and filmmakers, and the feminist and LGBT free-loaders who have come along for a profitable ride. The latest to climb aboard the gravy train are the woke whites who make their academic and political careers by bashing the white race. But that too is nothing new. Antiwhite whites are simply recycling the inflammatory rhetoric of black activists of the 1960s, who, to their credit, looked more like authentic black nationalists.

Black Lives Matter is not a deviation from an earlier, more Christ-like civil rights movement. It is exactly what I remember of civil rights activists as a junior professor in the late 1960s. Although there were idealists who joined their movement, their militancy and tirades against “the Man” are what I remember best. As a faculty member at Case Western Reserve, I recall my white, leftist colleagues attending performances at Karamu House, the oldest black theater in the U.S., and being shaken by the antiwhite rhetoric they were doused with for an entire evening. What they heard in this early phase of the civil rights movement was every bit as bad as what is now performed by “rap artists.”

I am not saying everything that happened in the civil rights movement can be equated with the poetic harangues of writer Amiri Barka (formerly Everett LeRoi Jones) calling on his fellow blacks to go on the rampage against their white oppressors. There were also young blacks who demonstrated against segregation with dignity. But if we wish to lavish praise on the old civil rights movement and its norms, it is proper to notice its seamier side. I remember that particularly well.