Populists Are Right to Be Paranoid 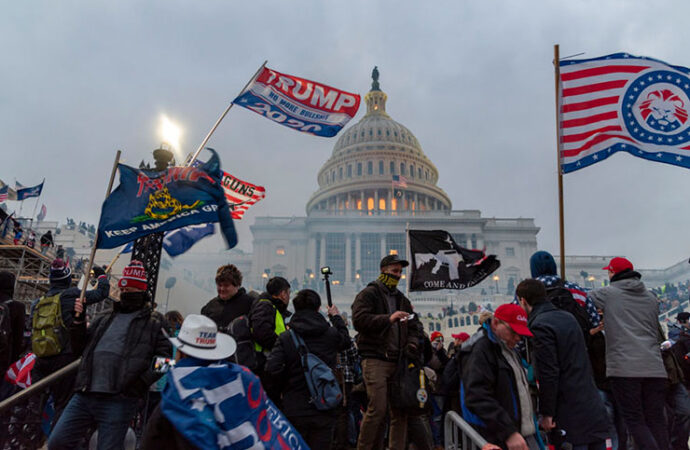 We are living in a political culture in which anyone identified with the now-vaguely-defined “right” can lose his fortune, reputation, and possibly his freedom. Meanwhile, the racist, vandalizing left can do what it wants with total impunity. A professor lecturing at the Yale School of Medicine dreamt aloud about “shooting white people,” and has not suffered any significant professional consequence for this disconcerting hate speech.

The government’s response to all this is to investigate and possibly imprison white “racist extremists,” whom our new attorney general and the head of the FBI assure us are the number one threat to our safety. It is even possible, if the revelations in Revolver are to be believed, that the FBI helped organize the break-in to the Capitol on Jan. 6. The same actors are now using the break-in they helped engineer to go after Trump voters as an “extremist” danger.

Considering the emergence of an all-pervasive left and an antiwhite racist assault on our constitutional liberties, it is astonishing that Fox News All-Star and conservative establishment luminary Jonah Goldberg has lashed out against all the paranoia on the right. According to Goldberg, “populism is at the root of right wing’s conspiracy-mongering paranoia,” and as a successful conservative intellectual, Goldberg warns about where the right is headed under the direction of paranoid populists.

Goldberg has no problem coming up with a lapidary definition of populism as “the politics of the mob” driven by “passion.” Clearly, he wants nothing to do with these Deplorables, who are fighting on against the left. Goldberg can also count on his soulmates in Conservative Inc. calling for the removal of Confederate Battle Flags and Confederate memorial statues and reminding us nonstop that Democrats are the real racists.

Mind you, there are some perennially dumb ideas that circulate among the populist right, for instance, that an international Jewish cabal controls the left.  The right should avoid this  kind of rhetoric—not only is it dumb, but it may drive reasonable people away from our 11th-hour resistance to total leftist control. But there is a difference between useless, would-be allies and those who are absolute adversaries. Running around attacking the former to ingratiate oneself with the latter, which is Goldberg’s preference, is both craven and a recipe for capitulation. Jonah and other “moderate” conservatives are perpetually trying to convince their leftist buddies they are not racist or homophobic, like those “other guys” on the far right. Leftists, however, may easily see through this rank opportunism.

Equally inappropriate, given the struggle at home, are calls by the neoconservative establishment and its GOP allies to rally “our fellow democracies” against the antidemocrats in the Kremlin. Former Secretary of State Mike Pompeo has been on this hobbyhorse lately and is concerned about Putin’s imprisonment of his political opponent, Alexei Navalny. Our democracies, Pompeo would have us believe, don’t do such things because they are, well, democracies!

But perhaps Pompeo should check on the hundreds of Americans rotting in confinement in Washington for being in or around the Capitol on Jan. 6. Julie Kelly of American Greatness has written repeatedly on the plight of these political prisoners of the American Deep State and the present Democratic administration. This would appear to be a far greater outrage than the one Pompeo is intent on combatting abroad. The last time I checked, the politically correct totalitarians were doing quite well here and in the other Western “democracies.” If one wishes to uphold freedom, then one would do well to start at home.

In any case let’s not equate bloggers on the Alt Right or self-described populists with the enemy in our faces, which is now busily mopping up the opposition. I for one keep noticing this adversary as the key political player throughout the Western world; and unlike Marxism, it is united with corporate capitalists, who flood it with funds, as well as with government bureaucracies and secret services. It is folly to imagine we can make an enemy, smelling blood in the water, like us by taking over its rhetoric and then ranting against those further on the right. Pace Goldberg and his sponsors, our overriding concern should be with disarming the enemy on the left and saving what remains of our once shared civilization.

Correction: The first paragraph has been clarified to denote the author’s meaning of the political right, rather than the implied human right in the original.