The Nazi Fixation on Jews Cost Them the War 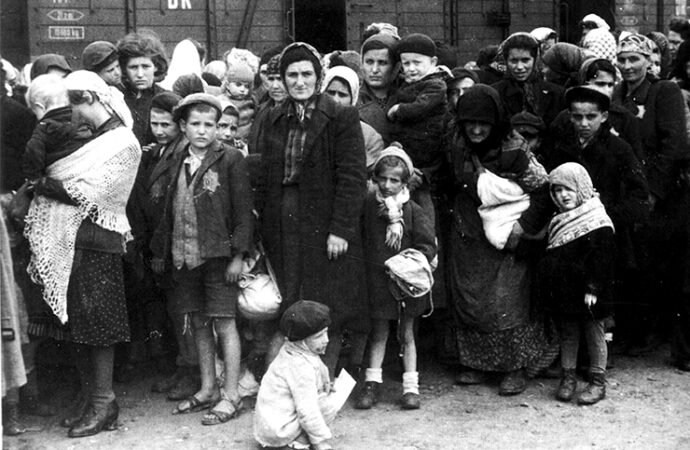 An Intellectual Takeout reader posted a comment about my recent article, “Debunking the Myths About WWII,” asking why I didn’t “write about the biggest myth of all the myths, the systematic killing of Jew’s [sic!] while fighting a war on four fronts?”

While this reader’s syntax is convoluted, his question seems to imply that Germany was too busy fighting a war to undertake genocide. I have devoted some attention to this interesting issue in my time, and I believe that at least a summary of my findings is called for.

The 20th century witnessed in the conduct of some European nations a departure from the concept of natural morality, which had  restrained their behavior before the catastrophe of 1914. Before the Bolshevik terror brutalized an already exhausted Europe, it was not mere expediency that prevented states from resorting to mass extermination as a means to an end. The limitations on the behavior of states derived from an underlying consensus that raison d’etat entailed continued membership of the community of civilized nations.

Until June 22, 1941, Germany arguably was waging what the historian and philosopher Ernst Nolte called ein europäischer Normalkrieg, or a traditional European war. This war turned exterminationist (ein Vernichtungskrieg) with the attack on the USSR and the ensuing decision to launch the Final Solution. Against the Russians, whom Germany treated as both ideological and racial enemies, no laws applied: the war in the East aimed at destroying not simply the Soviet government and its ability to resist, but the people as such and the rule of law as such.

Once the final decision was made at Wannsee in January 1942, the Nazi regime devoted huge resources to the mass murder of Jews in pursuit of their utopian vision of a homogenous national community. This goal was pursued even when the project’s completion was clearly detrimental to the conduct of military operations. The logistics of the Holocaust were on par with those required by entire armies. The resources thus expended did not help Germany’s war effort, but rather were a burden on it. As early as mid-1942, train allocation for transporting German and Dutch Jews to the East had to be balanced with trains carrying ammunition, fuel, food, and other supplies to the front.

The misuse of resources and the effort invested in Operation Reinhard in 1942, which established three new death camps—Belzec, Sobibor, and Treblinka—and focused on the killing of Polish Jews, materially contributed to the 6th Army’s defeat at Stalingrad.

Most notably this reversal of priorities happened in the summer of 1944, when hundreds of trains—badly needed to cope with the twin military crises in the East (Operation Bagration) and in the West (Operation Overlord)—were diverted to transport more than 400,000 Hungarian Jews to the death camps in Poland, along the militarily marginal north-south railway connecting Budapest and Silesia.