The Five Myths of Systemic Racism in Policing 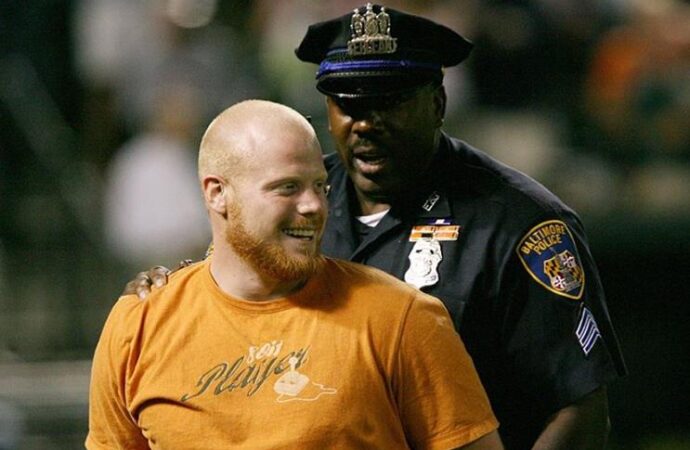 The belief that law enforcement is infused with systemic racism is a myth. As the evidence demonstrates, blacks are not disproportionately killed by the police. Moreover, the perception of white officers as trigger-happy is also baseless. Here is a rebuttal of five popular lies.

Myth 1: Blacks are disproportionately killed by the police.
Blacks are 13.4 percent of the population yet they account for 48.9 percent of murder offenses, according to 2019 FBI crime statistics. Telling us that they are more likely to be killed by the police relative to their share of the population is irrelevant. Obviously, if blacks are overrepresented in committing violent crimes, then the likelihood they will be killed by police will be higher as well.

The harsh truth is that blacks are disproportionately perpetrators and victims of violent crime. Furthermore, research reveals that since 2015, police have shot and killed 168 unarmed white people, 135 unarmed black people, and 74 unarmed Hispanic people. Since more unarmed whites were killed by the police than unarmed minorities, the logic of activists suggests the real victims of systemic racism are whites.

Myth 2: White officers are trigger-happy.
Researchers have known for a long time that black officers show a greater tendency to shoot unarmed suspects compared to white officers. A possible explanation for the aggression of black officers is that they may more often be stationed in volatile areas requiring greater use of force. Work by the Crime Prevention Research Center compared cities where whites are killed to cities where blacks are killed, and found the latter exhibit higher rates of violent crime on average.

Another issue is that officers are usually situated in communities in which most citizens are of the same race. Hence the findings of Greg Ridgeway, that black officers are more inclined to employ deadly force, could be driven by these factors:

Black officers had more than three times greater odds of shooting than white officers. This finding runs counter to concerns that white officers are overrepresented among officers using lethal force and is consistent with several previous studies of officer race and police use-of-force.

Likewise, a 2015  Philadelphia Police Department study found that black officers were 67 percent more likely than their white peers to mistakenly shoot an unarmed black suspect. John Lott is the latest researcher to confirm these results.

Myth 3: Police officers employ unjustified force.
Commentators tend to paint police officers as aggressive. However, the truth is that they often exercise restraint even while enduring abuse.

An officer is far more likely to be a victim of an assault than is a perpetrator. In one year, 2014, there were more than 48,000 assaults on police officers reported to the FBI, and that was only counting two-thirds of law enforcement agencies, criminal justice expert Dr. Richard Johnson reports. More than a quarter of those assaults resulted in an injury to the officer requiring medical treatment. Johnson goes on to estimate that only one citizen death occurred for every 10 deadly weapon attacks on officers—those in which the citizen assaulted the officer with a gun, blade, blunt object, or moving vehicle.

Judging by the data it is evident that police officers display immense self-control even in adverse situations.

Myth 4: De-policing is good for black communities.
When politically motivated decisions erode police authority, crime is likely to escalate, not decrease as some would argue. Tanaya Devi and Roland G. Fryer Jr. posit in a 2020 study that investigations of police brutality that were sparked by nationwide sensational media coverage produce unintended consequences.

For the five investigations that were sparked by nationally visible incidents of deadly use of force – Baltimore, Chicago, Cincinnati, Ferguson and Riverside – investigations cause statistically significant increases in both homicide and total crime.

The authors contend that these sensational investigations undermined the authority of police departments, and as a result de-policing led to increases in crime.

Myth 5: Progressive criminal reform benefits blacks.
Presently, activists fixate on minimizing punishment for offenders either by decriminalizing certain activities or reducing sentencing. But one bold reformer Daniel Fryer admits that by de-emphasizing the plight of victims, progressives are doing a disservice to blacks. Relying on the wisdom of James Forman, Fryer argues that in the 1960s, blacks felt that applying a “less rigorous standard of law enforcement in the ghetto,” by tolerating illicit activities, was a violation of their civil rights.

The conclusion to Fryer’s paper is quite sobering:

If all of this is right, any decarceration program that does not make a conscious effort to avoid the devaluation of black victims will contain the potential to be abused and applied in a biased manner. We cannot forget that leniency is sometimes regarded as the common way in which a state expresses that black lives don’t matter.

Systemic racism is refuted by the evidence. Instead of promoting senseless claims, liberals should steer blacks away from crime. Simply encouraging them to distrust the police, in the absence of evidence, is a recipe for disaster.