Judging the Success of a Mother 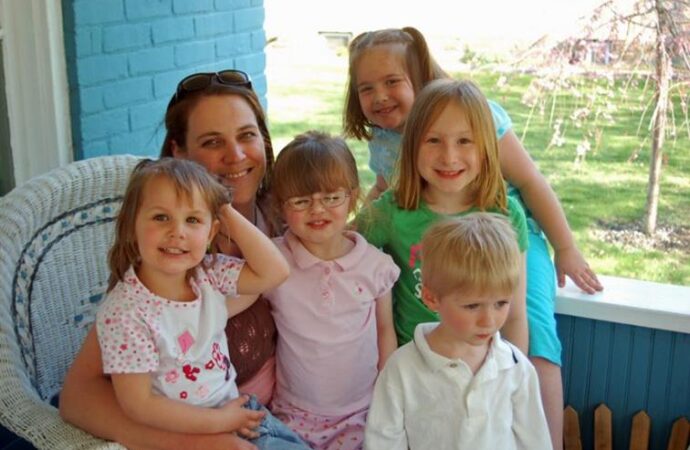 While in line at IKEA a while back, I glanced at a customer a few lanes over. It was a young mother with one or two children in her cart and several others spread out around her, making a total of five. In other words, she had her hands full.

But contrary to the harried picture one might expect, this mother was calm and kind, traits that were evident in her children also. Tears sprang to my eyes as I smiled upon this picture and thought how lucky that woman was to be surrounded by so many sweet little heads and hands whom she was obviously training well.

I mentioned this scene and my thoughts to a friend later, who responded with, “You should have told her that!” As a mom of several herself, my friend said that she would be thrilled if someone came up and gave a kind, encouraging comment to her, rather than remarking in a demeaning way about “how full her hands were.” Clearly, my friend had been on the receiving end of the latter far too often.

I wonder how many other mothers get that negative comment or others like it? My guess is that many do, especially when they have more children than the culturally acceptable one or two. Meanwhile, the confident career girl in the next checkout lane and the married woman in a business suit picking up takeout for two adults simply get a smile and nod rather than stares and rude remarks, perhaps unconsciously acknowledging the aura of success that supposedly surrounds them.

Success? Why is it that we seem to have framed female success as a life without children, or at least with very few?

This common definition of female success was recently explored in the article “Thirty, Flirty, and (Not) Thriving” by Helen Roy. She recounted the 2004 movie “Thirteen Going on Thirty,” in which the main character gets her wish of the glamorous life of a New York career girl, only to realize later that she would rather be marrying her middle school sweetheart.

While the movie character gets a chance to go back and have a redo, Roy writes, the girls who grew up watching the film do not, and as a result are growing older, becoming successful in the eyes of the world, but having to wrestle with the ache of missing out on marriage, and especially biological children.

Instead of acknowledging and addressing this problem, we turn around and direct “a great deal of shame and judgment commingled with performative pity” at women who turn their back on the life of a career woman, choosing instead to raise little ones, Roy explains.

Why do we pass such judgment on them? They are the ones in the trenches. The ones who have chosen to sacrifice worldly laurels of fame and prestige for ones made out of dandelions and given to “Mommy” by sticky-faced children. They are the ones raising the next generation who will make a difference in this messed-up world of ours.

This last point is one made in one of my favorite books, “Mother.” Written in 1911 by Kathleen Norris, “Mother” follows a young, successful career girl named Margaret who secretly scorns her mother and all the effort she put into raising her family of eight until her friend professor Tennyson takes her in hand, gently offering a simple lesson:

“There’s something magnificent in a woman like your mother, who begins eight destinies instead of one!” the professor explains to Margaret. “She doesn’t strain and chafe to express herself through the medium of poetry or music or the stage, but she puts her whole splendid philosophy into her nursery—launches sound little bodies and minds that have their first growth cleanly and purely about her knees.”

He continues by saying that many women say they are afraid of the responsibility children bring, but in reality, they are taking greater responsibility upon themselves by “decreeing that young lives simply shall not be.” “Why, what good is learning, or elegance of manner, or painfully acquired fineness of speech, and taste and point of view,” professor Tennyson asks, “if you are not going to distill it into the growing plants, the only real hope we have in the world!”

We should each remember those words the next time we are in line next to a woman “with her hands full.” The women who choose to pursue children and raise them to be respectable, upright adults are not selfish, nor are they lacking in ambition, culture, taste, or standing. Instead, they are the wise ones, taking their education, understanding, and character and investing it for years so as to one day multiply their impact on the world as their children go out into it.