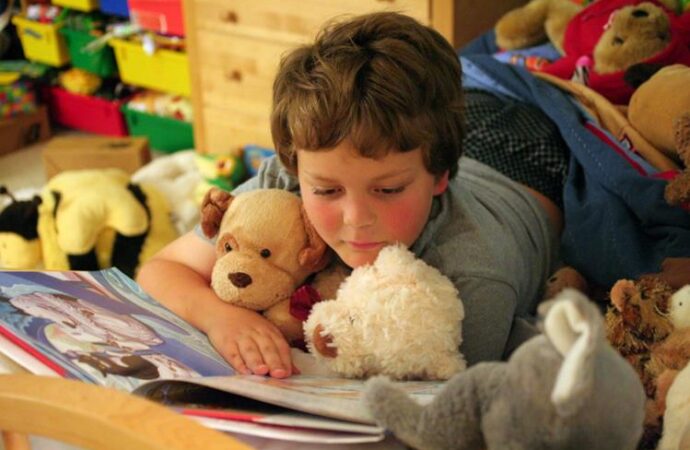 There’s always a silver lining, even in the dreadful lockdowns the world endured during COVID-19. One of these little glimmers of light surfaced recently in a Guardian article about children who, locked out of in-person classes, dove deeper into reading.

Citing a Renaissance Learning report, the Guardian noted that “compared with the previous year, children read more during lockdowns and school closures.” Additionally, “the data showed that the books read during lockdowns were more challenging, with primary school children and those in year seven reading more demanding texts in particular.”

I was intrigued and began to ponder why this might be so.

Fewer extra-curricular activities could be one reason. Clearing one’s schedule of events, programs, and social gatherings does wonders for chewing through a reading list, a fact my own quarantine reading habits attest to. Perhaps children picked up more books because they had more time on their hands?

The loss of friendship could be another component of increased reading. When one is lonely, there’s nothing like getting lost in a book where the characters become friends whom one can accompany on many adventures.

But perhaps we need to probe deeper to find the reasons for this reading resurrection. Could the education system be at the root of the initial problem? Is it to blame for the low level of reading we saw prior to COVID-19?

Group schooling requires children to stop and wait for bathroom breaks, or for Mary’s chattiness to subside, or Johnny’s disobedience to be corrected. Today’s education system is also a rigid factory model which keeps every student moving along at the same slow pace. Not too fast to get ahead of slower children, not too terribly slow to excessively hinder faster children. Children naturally get bored with this false, one-size-fits-all pace and lose interest.

Furthermore, schools are stuck in the graded mentality which insists that a child cannot move beyond his or her pre-defined age level in certain subjects. As I’ve shared before, this fact hit home for me when I talked to a second cousin of mine, a student in middle school, at a family reunion several years ago. Making it clear that she disliked reading, she then complained about not being allowed to check out more challenging books in the school library because the school deemed them too advanced for her age. There was a bit of wistful regret in her voice as she explained the situation, almost as if she knew she would like reading and do better at it if school staff would stop making her bump her head on the reading ceiling, and instead allow her to climb to new heights.

Considering all these elements, isn’t it possible children who read longer and more challenging books during COVID lockdowns were able to do so largely because they were free from the educational system? Could this be the major wrench preventing our children from excelling?

The late American journalist H. L. Mencken likely would have answered that question in the affirmative. Mencken believed that many children would learn at a much faster rate if they were allowed to do so outside of the American education system. As he wrote in Prejudices: Third Series:

The truth is that all the education rammed into the average pupil in the average American public school could be acquired by the larva of any reasonably intelligent man in no more than six weeks of ordinary application, and that where schools are unknown it actually is so acquired. A bright child, in fact, can learn to read and write without any save the most casual aid a great deal faster than it can learn to read and write in a class room, where the difficulties of the stupid retard it enormously and it is further burdened by the crazy formulae invented by pedagogues. And once it can read and write, it is just as well equipped to acquire further knowledge as nine-tenths of the teachers it will subsequently encounter in school or college. [Emphasis added.]

Any reasonable parent, teacher, politician, or adult of any description for that matter, should want children to learn, grow, and excel without hindrance. So why do we continually allow our children to be under the control of “experts” and systems which only throw roadblocks in their way? It’s either time to destroy those roadblocks by removing the rigid graded system and challenging the “crazy formulae invented by pedagogues,” or time to place our children in a learning environment that won’t hold them down in intellectual slavery and stupidity.