The Media Is Returning to Common Sense… or Deeper Propaganda 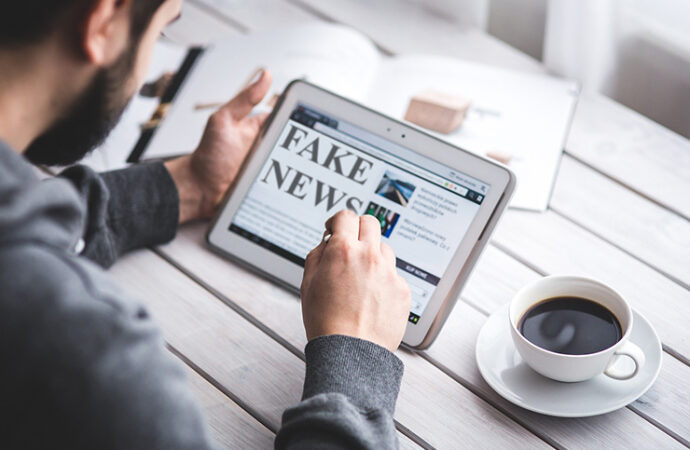 I noticed a strange occurrence lately, which started when several articles began to appear asking if we should still wear masks outside. My first reaction to this was, “What do you mean ‘still’?! You don’t need masks outside!”

But apparently, officials in states other than my own think you do. Slate, it appears, kicked off this questioning of masks in the great outdoors, and now other media outlets are picking up the trend and suggesting that it is permissible to go maskless when outside, in some instances—with the utmost caution, of course.

Then I saw a clip from CNN in which a black guest analyzed the police shooting of 16-year-old Ma’Khia Bryant. Interestingly, the guest suggested that “the officer did his job and we need to start looking at each incident as its own incident.”

My surprise at this declaration tripled when the CNN anchor responded with a relieved sigh, saying, “I’m so glad you said that. I’m so glad you put it that way, because we have to be able to say that yes, things are a tragedy. Something can be tragic and not necessarily call into question the entire way that an officer responded.”

CNN analyst on Ohio police shooting: “The officer did his job, and we need to start looking at each incident as its own incident.” pic.twitter.com/FtzD0BycZk

Exploring the issue further, I found that CNN’s Don Lemon and Chris Cuomo also took a more commonsensical approach to the Ma’Khia Bryant shooting than I would have expected, noting that the incident was tragic, but that under the circumstances, we needed to view things from the police officer’s point of view and realize that lives were in danger. Both Cuomo and Lemon sympathized with the cop, acknowledging that he was in a difficult situation and that he likely felt terrible about having killed Bryant.

My first reaction to these incidents was relief and a desire to cry “hallelujah!” It seems we are finally seeing a light at the end of the tunnel and may be returning to common sense.

This very well could be the case. Sometimes things get pushed so far into craziness that the pendulum can’t move further in one direction and must swing back.

But could there be something else at work here? What if the radical social justice warriors, “woke” media, and leftist politicians sense they have the upper hand, and know that the continual race-baiting, cop-bashing, and fearmongering line of attack is beginning to lose its power? Perhaps they realize that the American public can only take so much of a one-sided story and will start to wake up. If this is indeed their mindset, they may believe they need to create a false impression of being even-handed or moderate in order to maintain credibility.

In effect, by distancing themselves from some of the more extreme positions of the left (double masks, everywhere all the time; all police force is unjustified), and ignoring or suppressing viewpoints from the right, our societal controllers try to give the false impression that they are the only reasonable alternative.

Such an idea was advanced by the late political philosopher Richard Weaver in his writings on propaganda. He suggested that there are some forms of propaganda that are extremely subtle and may be missed by the average person:

[T]here are certain methods of distortion and emotional appeal which are likely to go unrecognized by any except the most reflective minds. Of these, the most effective is the simple device of suppressing alternatives. All rational choice is a process of sorting over two or more alternatives and taking the one which seems to promise best; and democratic government rests upon a premise that the common man is capable of doing this. Propagandists long ago discovered that no such process can occur if only one alternative is supplied. By this method freedom of choice is stifled almost as completely as if coercion had been used. [Emphasis added.]

In other words, it may be that those in power realize that people need to hear more than the same talking points all the time, otherwise they will naturally gravitate to anything but those talking points. The media may realize that their reputation for fairness has evaporated, and so they peddle a few counterpoints to remain believable.

Which is it: common sense finally kicking in, or more concerted efforts at propaganda? I don’t know, but it does seem that the thoughtful among us would be well advised to keep our eyes and ears open. Propaganda is a tricky thing, and only those who guard against it can avoid its pitfalls.