The COVID Vaccine Is a Product of Systemic Racism 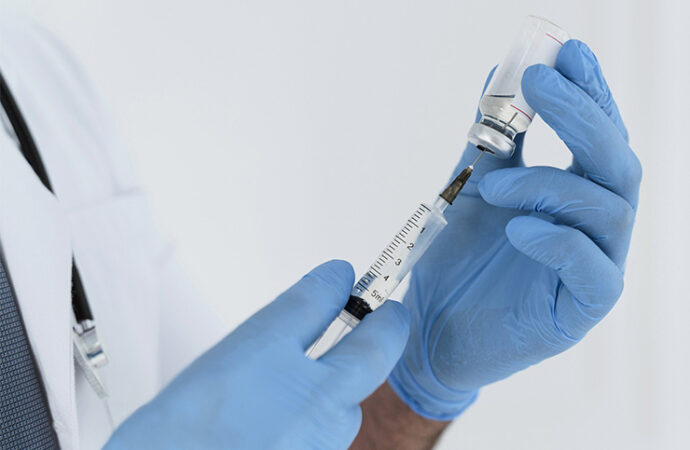 (This op-ed is written by a politically correct analyst, who will remain anonymous, but brought to you by Walter E. Block.)

I cannot in good conscience take the COVID vaccine. Why not? Because its producers are mainly toxic white males.

We wokesters want a COVID vaccine created in a more inclusive manner. Yes, yes, we will include a few token toxic white male supremacists, evil though they be, but we want laboratories that “Look Like America.” That means proportional representation by blacks, Hispanics, women, the transgendered, the queer, the bisexuals, the handicapped (both mentally and physically), young people, old people, people of color, Indigenous Americans, Asian Americans, and the vertically challenged.

But the COVID vaccines have not been created in anything approaching an inclusive manner. Unless and until this occurs, we pledge not to avail ourselves of these vaccines.

Why is this important? We the downtrodden will not feel safe until and unless the laboratories of the nation are emptied of most (not all—we are moderates, not radicals) cisgender white males. They are exploitive wherever they go; they have colonized; they have enslaved; they have exploited workers. These capitalists have ruined the economy and the environment.

The reason minorities are not proportionately represented among chemists, biologists, epidemiologists, and medical scientists is that they have all too few role models to emulate. Given our boycott, this will soon change. On that happy day, future consumers will not have to be bitterly disappointed that these occupations are non-inclusive.

Here are the details. After a pause in the distribution of the Johnson & Johnson vaccine, there are two COVID vaccines currently making the rounds. They are produced by Pfizer and Moderna, respectively. Who are the people associated with the creation of these COVID vaccines?

Of these people, only Habtezion, who is from Eritrea, is African-American.

An examination of their pictures reveals that only one of them, Hammond, is black. If this is not clear evidence of racism, then nothing is.

“Equity” has not been even approximately achieved.

So, our conscience dictates that we boycott Moderna and Pfizer’s products until and unless they engage in sufficient amount of skin color diversity and inclusiveness.