The Chauvin Verdict and Life Lessons on Police Stops 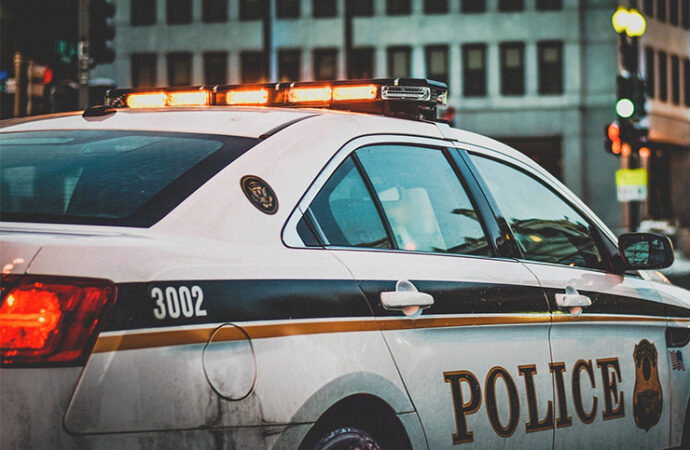 The jury found Derek Chauvin guilty of all the charges. No surprise.

Many others are now writing about the intimidation of the court and the jury by the politicians, media, and rioters who have been enforcing their distorted view of justice on the country for at least the last year.

The thing that has occupied my attention throughout the unfolding of this case, however, is not necessarily this intimidation, but rather the indisputable fact that George Floyd had total power to keep his death from happening. Instead, he chose to do just about everything possible to maximize his own chances of suffering harm.

By sheer coincidence, I got an opportunity to demonstrate this point to my teen daughter just a few days before the verdict was handed down. The lesson was a very practical one—’in the field,’ one might say—showing how sane adults can and should act when interacting with the police.

We were running late to an event in a neighboring town when I turned at a stop sign. Realizing there were no cars in the oncoming lane, I did not come to a complete stop, but slowed to perhaps 5 miles per hour, then took the corner. I daresay you might have done this once or twice yourself, reader. It was certainly not my first time, either.

My daughter and I had only just been talking about the Adam Toledo case. She said some kids in her school were talking about the “innocent 13-year-old boy gunned down heartlessly” as an obvious case of police racism and unnecessary force. I explained that the video evidence showed it was likely much more complicated than that, for Toledo had a gun that he’d only dropped a split second earlier, and he dropped it in such a way, intentionally or not, as to make it unobservable by the officer and the squad car’s camera—it could only be seen from security video from a nearby building.

The entire episode happened in a snap of the fingers. The officer was running in a dark alley and only a split second passed from the time Toledo dropped his weapon to the time he was shot. Isn’t it possible that in that brief flash of time, I asked her, the officer might have believed or feared that Toledo was not turning to surrender, but to fire on him? We’d have to wait for a careful sifting of all the facts before we could fully determine what happened and what, if any, charges might be appropriate.

As we were concluding this conversation, I spied a police car closing in through my rearview mirror. The officer’s lights went on and, realizing he must have seen my turn at the stop sign, I instantly guessed what was coming next.

“Okay, pay close attention now,” I told my daughter. “I’m going to show you how to interact with police in such a way as to maximize the chances that everybody goes home intact.” (Yes, I really did say that.  I’m a college professor and this is the way I’m wired, for better or worse.)

Pulling over, I immediately got out my driver’s license, my insurance card, and my vehicle registration.  This took 15 seconds and I had them all in hand when the officer reached my window. Rolling the window down, I placed both hands on the steering wheel.

“How are you doin’?” the officer asked. I said we were fine and returned the greeting. He told me he was pulling me over because of the turn at the stop sign. “Ah, okay,” I said. “I guess I might have missed the sign. We’re late for an appointment.”

I was calm and as cheerful as one can be during a police stop. He took all my information and went to his car, returning in a few minutes. I kept my hands on the wheel again as he said, “Be careful on those stop signs with curves, traffic can sneak up on you.” I agreed, said I’d be careful, and he went back to his car.  I pulled out and we were on our way in 10 minutes total.

As we drove on, my daughter read my mind. Her school friends, all well trained in contemporary race ideology, would respond to what had just happened with, “Well, your dad’s white, so of course the officer was not aggressive and violent with him!” I asked her to look for any flaws in that reasoning.  “There must be tons of black drivers who get pulled over and don’t have any problems either, right?” she said a few seconds later. Indeed. Nearly all of them, in fact.

In 2018, for example, about 6.5 million black Americans had contact with police, and only a handful had significant problems. Nearly all who get pulled over and have problems, black, white, or otherwise, don’t do one or more of the basic things I did—they don’t keep their hands in sight, they refuse to give the officer the requested information, they physically resist officers, or otherwise endanger their safety.  George Floyd made every one of these mistakes when he was stopped in May 2020.

I also asked my daughter if she’d seen what the officer did as he approached my window. “No,” she replied. I told her that police are instructed to touch the taillight or trunk of a car every time they make a stop, so that in case they are killed during the stop, there are fingerprints on the vehicle so it can be positively identified as the car the offender was driving.

“Think about doing a job in which, every time you interact with someone as part of your work, it is not at all unreasonable to think you might be killed during that interaction,” I told her. “Think about how mercilessly and ungenerously we judge the actions of people we ask to do that very necessary and thankless job. And how averse we are to holding people responsible for consequences when they behave in ways that police are rightly trained to view as threatening.”

And we made to our event it just a few minutes late.