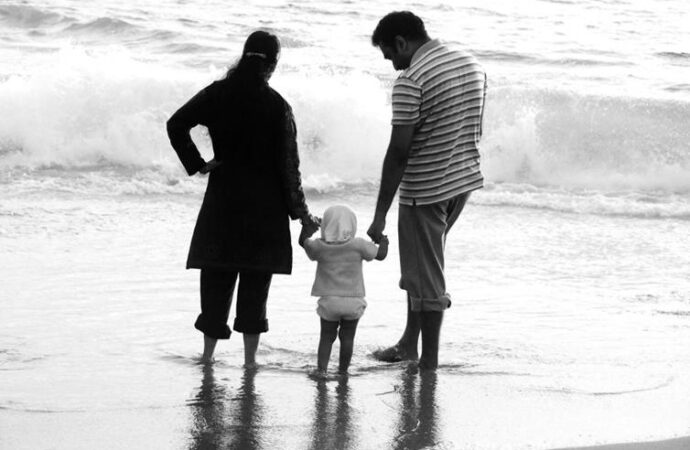 In a recent article published by the Institute for Family Studies, family physician Leonard Sax makes the interesting observation that children of immigrants are excelling in academic pursuits. Sax cites recent Scripps Spelling Bee champions and other high profile competition winners as evidence, noting that in “one study, 33 out of 40 finalists in a recent Science Talent Search were the children of immigrants.”

This is a big deal, Sax writes, because it’s a recent development. Traditionally, children of immigrants were more likely to struggle, and Sax explains how during his own doctorate training he was “taught that immigrant status was a predictor of bad outcomes for children.”

So why the change? Sax suggests there are three things enabling children of immigrants to succeed at a greater rate than their nonimmigrant counterparts. The first is that immigrants have stronger families due to fewer instances of divorce and single parenthood, as well as better support systems through extended relatives. The second is that immigrant families are less immersed in the American “culture of disrespect,” where children scoff at their parents and their ideas. Finally, immigrant families are less likely to practice “permissive parenting,” a setup in which kids end up ruling the roost rather than dad and mom.

Sax makes some very fine points, but I wonder if there is something else that immigrant families give their children that many American-born parents lack. The late author and professor Allan Bloom suggests that element is “vision.”

Many American homes—even whole, decently functioning ones with two parents—Bloom writes in The Closing of the American Mind, “have nothing to give their children in the way of a vision of the world, of high models of action or profound sense of connection with others.” Family is the form of government that lays the foundation for a child’s worldview, Bloom writes:

The family requires the most delicate mixture of nature and convention, of human and divine, to subsist and perform its function. Its base is merely bodily reproduction, but its purpose is the formation of civilized human beings. In teaching a language and providing names for all things, it transmits an interpretation of the order of the whole of things. [Emphasis added.]

What exactly should this formation of civilized human beings involve? Morality, for starters. Bloom explains that parents need to teach what is right and what is wrong. To do so requires knowledge, not only about “the ways of the heavens and of men,” but also about the past, “in order to resist the philistinism or the wickedness of the present.”

Ritual and ceremony are now often said to be necessary for the family, and they are now lacking. The family, however, has to be a sacred unity believing in the permanence of what it teaches, if its ritual and ceremony are to express and transmit the wonder of the moral law, which it alone is capable of transmitting and which makes it special in a world devoted to the humanly, all too humanly, useful. When that belief disappears, as it has, the family has, at best, a transitory togetherness. People sup together, play together, travel together, but they do not think together.

Consider these points of morality, knowledge, ritual, and tradition. Many of today’s parents, raised in an America fast embracing relativism and rejecting religion, have never learned the knowledge of the past, or had stable families with traditions and rituals that they can pass along to their own children. Immigrant families, however, often bring with them the knowledge, rituals, and traditions of their home country. Some immigrant groups are also profoundly religious, and therefore have a code of morality in place. In essence they have a vision and a worldview to pass along to their children. Many Americans do not.

So how can we work to help children of native-born American parents do just as well as those of parents who have come to our shores only recently? The answer seems simple: return to the old paths. Take your children to church. Read Scripture and other books with them, making sure that both parents and children learn together. Make traditions and create family rituals.

Children may roll their eyes at them, but deep down, they would be devastated if their family habits and patterns disappeared.