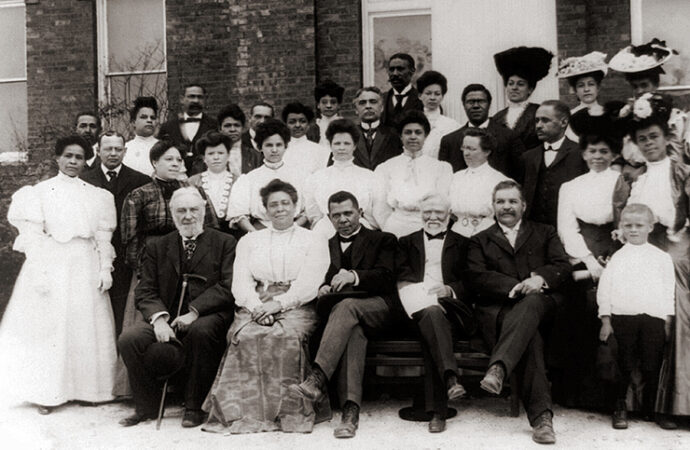 The Biden administration is studying slavery reparations for African Americans. One of the prominent justifications for reparations is the racial income gap, and some proponents of reparations argue that wealth redistribution would put blacks on equal footing with white Americans. This analysis is misguided.

A major reason for the racial income gap is the individual achievement gap. Notwithstanding the academic improvement of African Americans, they are still less educated than white Americans. If black males still have the lowest graduation rate in the country, then how can we expect their earnings to be on par with those of white men?

Another contributor to the racial income gap is the reluctance of blacks to pursue college majors that tend to provide lucrative salaries. Maya Beasley’s fascinating 2011 book, Opting Out: Losing the Potential of America’s Young Black Elite, argues that black students exhibit a greater preference for social activism and as a result are overwhelmingly represented in socially useful, but low-paying professions. Moreover, Beasley said the commitment of black students to these campus activist groups may be harming their ability to form other relationships. “While black students may derive substantial value from these networks, there is also a considerable downside to their separation from the wider campus community,” she said in an interview with Inside Higher Ed.

According to Beasley’s report, some black students posit that the fear of racism precluded them from socializing with white networks. Yet such assumptions are unfounded since there are many signs that racism has declined in America, and that tolerance for racist rhetoric is diminishing. In any case, racism is not an insurmountable obstacle for people who want to succeed. Black men like Robert Church and William Scarborough achieved despite the more potent venom of racism in their earlier era.

Black Americans living in today’s less hostile environment cannot legitimately use racism as an excuse for not pursuing careers in fields dominated by whites and Asians, nor for their failure to tap into non-black networks. Blacks must exert agency and stop thinking of themselves as an oppressed group. Contrary to what activists want them to believe, they are not being oppressed by whites.

Western culture is uniquely individualistic, and one must be willing to deviate from one’s own group in order to achieve stratospheric success. In general, it seems that black Americans are not as individualistic as white Americans and as such, they lack the drive to stand out from their group and achieve personal success. Because African American culture values group conformity, black Americans deprive themselves of opportunities for innovation and wealth creation.  For instance, a sizeable percentage of black Democrats identify as conservative, however, they still consistently vote for Democrats. Accordingly, some researchers have concluded that “strong support for activist government and the importance of in-group identity seems to drive this trend.”

Hence, I believe the desire to achieve in-group identity may prevent black individuals from achieving their personal goals. It is the lack of individualism in the black community that is a potent cause of the racial income gap, and this will not be solved by reparations. Instead, black Americans need to cultivate a desire to achieve personal success, and the courage to stand out from their group.