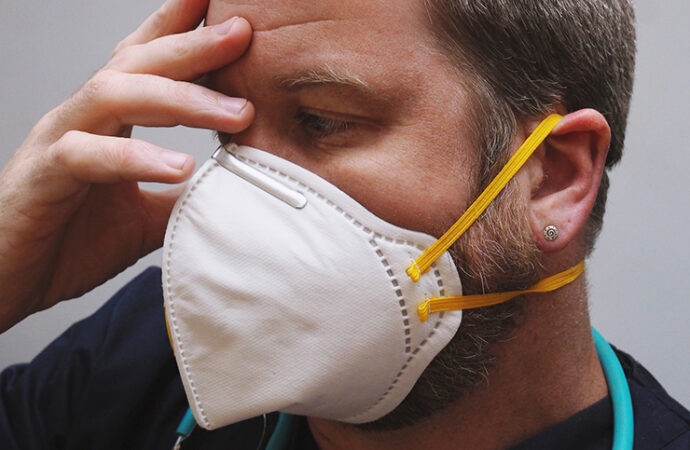 After three weeks’ absence I am back with a piece untypical of my standard work: an attempt to reconstruct my battle with The Virus and the resulting double pneumonia.

I took the first dose of Pfizer-BioNTech vaccine upon returning to Belgrade following a three month absence. Booking it online at 48 hours’ notice was easy, and I chose the Pfizer vaccine over Moderna, Astrazeneca, Russia’s Sputnik, and China’s Sinopharm.

Serbia is the fifth most vaccinated nation in the world, thanks to its decision to buy vaccines from all available suppliers regardless of political considerations and cost. However, it has not led to a major drop in the number of infections thus far, as I was soon to find out.

For the first three days after vaccination I felt pretty normal and went about my duties, visiting the bookbinder, walking in the park, and cooking a meal for 10. All seemed well.

On Sunday, March 7, I awoke early feeling horrible. I suffered through the next two days with a fever, cough, and other miserable symptoms, trying to drink more liquids than I cared for, and stuffing myself with vitamins. By the end of the second day, I realized that this was not merely a reaction to the vaccine, as I had assumed at first.

My dear friend Maya Ristovich, an infectologist at Belgrade’s Institute for Infectious and Tropical Diseases, became my guardian angel. She tested me on Tuesday, March 9, and the test returned positive in the evening.

Even though my chest X-ray was clean, Maya put me on antibiotics and vitamins to try and prevent bronchial pneumonia. She also elucidated to me the critical fact which made my situation difficult: I had become infected with COVID-19 some days before receiving the first Pfizer vaccination. Instead of being aided by the vaccine to battle some future infection, I was subjected to the worst of both worlds: a strong reaction of the system to the primary infection incubated sometime in the last week of February, which was greatly aggravated by the vaccine reaction a week later.

The ensuing three days at home are lost in a haze of fever, intermittent sleep, coughing, and toilet runs. The following Saturday, with growing uncertainty about my prospects, Maya concluded that I needed a full chest scan urgently. The results came in mid-afternoon and confirmed her suspicions: I had COVID-induced pneumonia in both lungs. Hospitalization was inevitable, and immediately necessary.

Serbia has a state-run health system like the rest of Europe, rich and poor. Per usual, this does not mean you get the same standard of care in every facility. This is where one’s personal network becomes very important indeed. I was hell-bent on not going to one of the mega-COVID hospitals, where your bed is one of a few hundred in a sports hall or an exhibition center.

I ended up at what I consider to be the best hospital in southeastern Europe. Four-bed hospital rooms with a bathroom to each, huge ceilings (built 1930), a well-tended garden outside. It was the best option on offer at a difficult moment.

Do I feel uneasy about pulling the strings? No. This is corruption-light, the way things work in this part of the world. Favors are traded and negotiated in a system which is, on the whole, more fair and equitable than the networks of better concealed corruption in the Western world. I was very grateful to my friends for making sure I was here with top-notch care, rather than stuffed in some mega facility.

But there was a downside, which helped turn those early days into a mushy blur. Two of my initial three roommates were very old, demented, and prone to late-night fits of delusional shouting and screaming. Sleep, already disrupted by my never-ending cough, became just about impossible to achieve. One roommate (92) died the following night, with the nurses rolling out movable screens in the final hour, to provide a modicum of privacy in the old fellow’s final moments. The other (86) was put on an inhalator; I can’t imagine that having a positive outcome.

Thanks to a kind nurse, I was eventually moved from this unbearable situation to another room. All three other roommates in my new abode were oxygen-dependent but not moribund, and I managed to get some sleep for the first time in days. A week later I left that well-ordered hospital to continue battling the virus at home, well stocked with antibiotics, corticosteroids, vitamins, etc.

Far more interesting than the record of my daily tribulations is the story of how time became elastic and intangible during my illness. I’m reluctant to venture into this area, feeling more at home with geopolitics and culture wars than clear communication over a near-fatal illness. But to understand what happened to me over the past four weeks it is useful to be acquainted with Thomas Mann’s The Magic Mountain (Der Zauberberg), a complex masterpiece about illness and death, and a pioneering study of the passage of time and our uncertain, distorted perception of its reality.

Starting with the first day of COVID symptoms and up until today, over three weeks later, I am not able to determine with any certainty of what happened when, nor how or why. The problem reminded me vividly of Mann’s Zeitroman (time novel), which compressed years into days and extended days into years. Mann’s account is literally true: within less than a month, I experienced the malleability of time, which was both confusing and unsettling. Its strange elasticity is the most enduring, valuable, and also worthwhile experience of COVID-induced pneumonia.

Unlike Mann’s character, Hans Castorp, I am not about to turn a three-week-stay into seven years. Davos, where Castorp stayed during his illness, is expensive and boring, and I have come to detest those breathtaking Swiss views anyway. My Belgrade apartment will do very nicely for now, with its book-lined walls and a caring woman in attendance.

But back to Mann’s novel and its eternal themes of frailty and death. Prior to my illness I had not fully come to grips with the prospect of dying, despite being 66. My unease stems from the sense that I feel far from ready to meet the Judge of all, and far from certain that I am even close giving a good answer for my every word and deed.

By the second week of my illness I had become completely indifferent to the prospect of death, however disturbing it may have been earlier. Feverish but suddenly less tense, I felt that all would be well even if I went. I am stating this fact with no melodramatic intent. Now that I am better, the prospect of dying bothers me again, but not in the same way as before. It has prompted me to start working harder and sooner on preparing for that moment. The month of March was not wasted, after all.

On balance: the virus is real and nasty. It is not invented, although it may have been deliberately developed. It has the capacity to kill you, and timely expert help is essential. COVID-induced pneumonia is extremely perilous, but, as I can aver, it is not necessarily fatal. Professionals are doing their best, and a year into the pandemic they seem to know what they are doing. We have to trust them. I have witnessed firsthand their devotion and good cheer against all odds.

There is no obvious grand conspiracy to make this virus into a tool of totalitarian global control, which is not to say that bad people will not use it for that very purpose. Bureaucrats and officials rarely relinquish newly acquired powers willingly.

I don’t know when this global drama will end, but I do know the experience has humbled me. It has also made me re-read Mann’s masterpiece with a novel understanding of his brilliant insights. No mean feat…

Update: The original piece stated that Maya Ristovich is an epidemiologist. She is an infectologist.