Arranged or Not, Marriage Is Serious Business 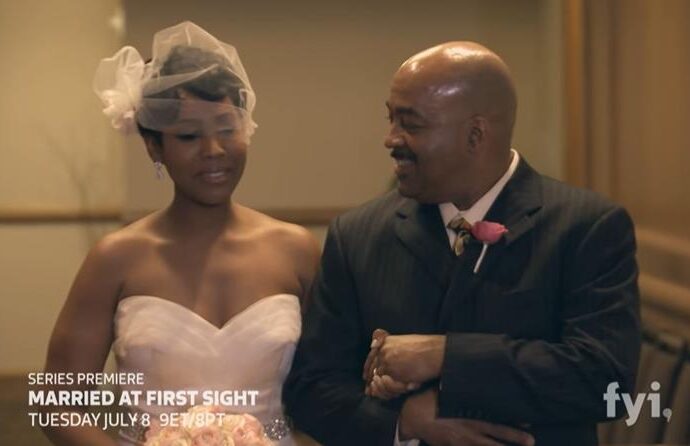 Nearly every Wednesday night for the past seven years I’ve watched Married at First Sight, a reality show which finds expertly matched couples meeting each other at the altar.

My wife finds it inexpressibly tasteless, and two of my daughters who watched it with me, each once, expressed irritation that I made them sit through such vulgar entertainment. No one can figure out why I am drawn to this program, which features super-modern young professionals speaking in fashionable platitudes about “caring and sharing” and “being there for me.”

Apparently, I’m not alone in my interest, for the show has been expanded. It now includes a discussion with the newlywed guests who are grilled by hosts about their (usually rocky) initial marital experiences. The program has been further supplemented by another spinoff featuring those lucky participants who stay married for at least a year commenting on those who have just tied the knot. Australians also seem to enjoy the show, although their parody of the American edition features contestants who typically speak with cacophonous Down Under accents and are covered with tattoos. These marriages at first sight usually end with squabbling couples who get embroiled in screaming matches in front of “marriage experts,” who egg them on to increase viewership.

For most of the show’s duration, the figure who has done the most in planning these Married at First Sight unions is a black Protestant minister, Calvin Roberson, who sagely counsels the couples after their wedding and honeymoon. Pastor Cal seems to have an instant rapport with the newlyweds; and when he assures them that he arranges their marriages out of hope of creating genuinely happy ones, I would like to believe him.

Why do I continue to watch such seemingly low-life sport? Novelty is one reason. The reality that these participants and self-appointed experts inhabit is so different from anything I ever experienced that I am fascinated by what’s on my screen. I wouldn’t want to be a part of this continuing drama even if I were decades younger, but watching it is like observing the activities of Amazonian head-hunters from a safe distance, as a curious spectator.

The other reason “I just watch,” to quote Peter Seller’s Chauncy Gardner from Being There, is that the underlying experiment interests me. Arranged marriages have occurred throughout human history, and they are still the rule in regions that remain untouched by our galloping modernity. In Married at First Sight unions are arranged by “experts,” and then couples are brought together during the wedding ceremony, never having seen each other. It is the computerized late modern counterpart of a situation in which two sets of Indian parents from the same caste and village come together to match a son and daughter.

Here, too, there is at least an appearance that clans get involved with the process of Married at First Sight. All close relatives are invited to the wedding feast and urged to view their in-laws as parts of their extended family.

But unlike traditional arranged marriages, which fall apart only 4 percent of the time, these modern versions of an ancient institution reveal less than a 30 percent success rate. The divorce rate for marriages in the U.S. now stands between 40 and 50 percent, which means these more pedestrian unions entered into without the experts are somewhat more successful.

The reason for the high divorce rate on Married at First Sight is obvious to anyone who has watched the program as assiduously as I have. Most of the participants have been “in and out of relationships” and seem to have fallen into this experiment almost through a sense of ennui. They have already tried other partners and came to Pastor Cal and his assistants with a sense of “what do I have to lose?” Most of the participants are self-centered, particularly the women, and some of the men seem to be walking on eggshells when they talk to their previously unknown spouses.

The participants who usually impress me the most are the religiously influenced blacks, as they seem the most committed “to making the thing work.” Unfortunately, some of these religious blacks are matched with partners who have less dedication to staying in the marriage.

The wedding ceremony, moreover, is riddled with all the defects of the me generation. No one could ever imagine that he or she is standing in the Divine presence and exchanging sacred vows. The participants make up their own vows, which often sound like phrases pulled off the internet. This lack of ceremonial seriousness and the requirement that cameramen follow the couples around and reveal their sometimes-troubled interactions may both contribute to the high divorce rate.

In essence Married at First Sight isn’t an indictment on arranged marriages. It’s simply an indictment of marriage done for theatrics rather than lifelong commitment.