Teaching Children To Be Unbiased Is Impossible 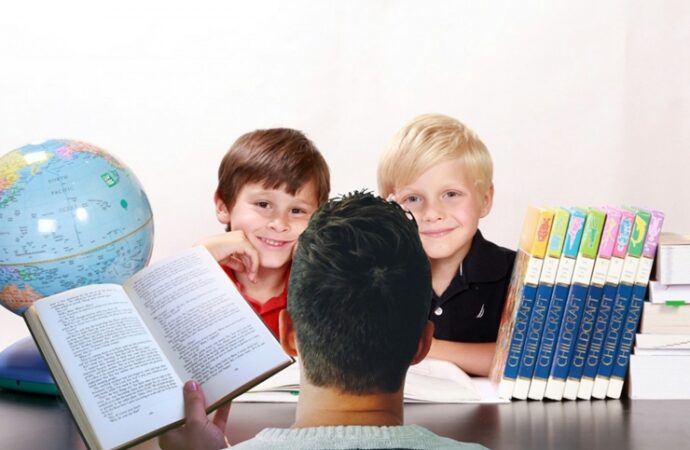 A comic from NPR caught my eye the other day. Promising to tell parents “how to raise informed, active citizens,” the scrawled images and text stressed the importance of civics and made several recommendations on how parents can work instruction of this topic into everyday life.

The suggestions range from using fun and games, to talking at the dinner table, to walks on city streets. “Teach your children the fine art of tolerant disagreement,” and “Get involved in your community,” the comic encouraged. The comic also told parents not to “gloss over” the difficult parts of our nation’s past, claiming that “presenting kids with an honest version of history will connect them with the facts and prevent them from feeling alienated when they learn the less-than-rosy truth.”

Given the source, astute observers would immediately suspect NPR would prefer parents instill their children with a progressive mindset. Yet suppose we give NPR the benefit of the doubt for a moment and take these points at surface level. Is it even possible to pass along neutral principles to children, devoid of bias or personal viewpoints?

Bias is frowned upon today, and evidence of bias in its “wrong” form may even get one cancelled in polite society. Yet the fact is everyone is biased—liberal, conservative, atheist, Christian. This fact, however, should not make us retreat into a neutral void of nothingness, unwilling to influence or train our children in certain directions. Doing so is not only unlawful, but also impossible, argued American theologian Robert Lewis Dabney.

It is both the “privilege” and the “duty” of parents, writes Dabney in his 19th century essay “Parental Responsibilities,” “to impose the principles and the creed which he has sincerely adopted as the truth for himself upon the spirit of his child.” He goes on to say:

Some men, it is known, vainly prate of a supposed obligation to leave the minds of their children independent and ‘unbiased’ until they are mature enough to judge and choose for themselves. But a moment’s thought shows that this is as unlawful as impossible. No man can avoid impressing his own practical principles on his child. If he refrains from words, he does it inevitably by his example.

Reading these words raises serious questions for parents specifically, and for responsible adults in general.

For starters, can we honestly say we even have principles and a creed to pass along to the next generation? In an age where truth is relative, it’s easy to drift back and forth upon the tides of popular opinion. Such lack of conviction denudes us of a purpose and a cause to fight for, passing along to children only the example of a meaningless life.

Yet what if one does have his principles and creeds established in his own mind? Is it okay to pass these along to one’s children? Is it not better for them to be open to many sources, to choose their own way? Dabney again has an answer to these questions, suggesting that if we don’t do the influencing, someone else will, someone whose mindset may be directly opposed to our own:

The only way to prevent the ‘dictation,’ as it has been stigmatized, is to banish the child absolutely from the parent’s society and protection, and thus to be recreant to every duty of the parent. Again, if he could avoid every impress upon the soul of his child, others would not refrain. One thing is certain, this young and plastic soul will take impress from some whither, if not from the appointed and heaven-ordained hand of his parent, then from some other irresponsible hand, of man or evil angel. One might as well speak of immersing an open vessel in the ocean and having it remain empty as of having a youthful soul to grow up in society ‘unbiased,’ until it is qualified to elect its own creed most wisely.

There are many voices today—be they at school, in the media, or our politicians and celebrities—which seek to influence our children. They want kids to adopt their own viewpoint, which, more often than not, is a position of atheistic Marxism ready to tear apart principles of traditional faith, family, and morality. If we want to preserve such principles, then we must not only be well equipped to defend and practice them in our own lives, but we must also instill them thoroughly in the young hearts and minds hurtling toward adulthood.

An ancient Jewish dictum from the Pentateuch says it best:

We’ve forgotten such practices in our day and age. Wouldn’t we all be better off if we resurrected them?