The Silent Jihad in Nigeria 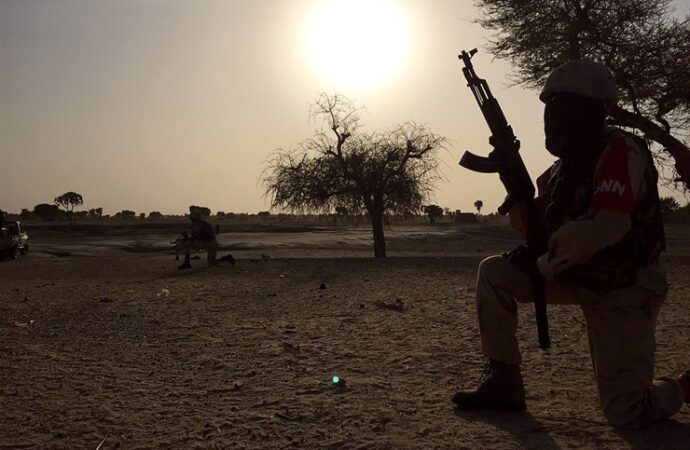 “Boko Haram kill villagers in Christmas Eve attack,” the BBC reported on Dec. 25: at least 11 Christians were murdered in the village of Pemi, in northeastern Nigeria. As villagers fled into the bush, jihadists looted their homes and burned the local church and clinic. The site of the attack was only about 12 miles from the town of Chibok, where 276 mostly Christian schoolgirls were kidnapped by Boko Haram in 2014. Many of them were subsequently raped, and more than a hundred are still missing.

Christmas Eve also saw five Christians abducted from the village of Garkida, also in northeastern Nigeria. They were subsequently murdered by the Islamic State in West Africa Province, a Boko Haram splinter group. On the same day, 40 loggers were abducted from the Wulgo Forest in Nigeria’s Borno State, with three killed while attempting to flee. In the course of the previous week at least 18 Christians were killed in Kaduna State in a number of attacks. This series of outrages in the final week of 2020 made it the deadliest year for Nigeria’s Christians since 2014.

Remarkably but perhaps unsurprisingly, none of these horrors have found their way into the U.S. corporate media machine. On Dec. 17 there was a story in The New York Times and on NBC News’ website about an earlier abduction incident, but nothing since. Such inattentiveness is typical of the mainstream media’s unwillingness to report attacks on Christians in the Muslim world in general. This is in stark contrast with the frenetic reporting of attacks on Muslims in the Western world, which are extremely rare.

There is nothing new about the obstinate refusal of American elites to acknowledge the predicament of Nigerian Christians. During his two-day visit to Nigeria in August 2000, then-President Bill Clinton encouraged the country to continue to pursue democracy following years of military rule. He did not mention Nigeria’s most acute human rights problem, however, which had claimed thousands of Christian lives in the months preceding his visit. It was as if a visitor to Yad Vashem talked of historical memory, but avoided any reference to the Holocaust.

With a GDP of $448 billion in 2019, Nigeria overtook South Africa as Africa’s largest economy. With over 200 million people, it is the also the continent’s most populous country.

It is also the new Ground Zero for global Jihad and close to becoming a failed state. Nigeria has been plagued by many standard African post-colonial experiences, from a bloody civil war and a procession of corrupt and brutal military dictatorships, to intercommunal strife rooted in tribal-religious loyalties. For decades its oil riches have been squandered, stolen, or mismanaged. According to the entry on Nigeria in The Heritage Foundation’s 2020 Index of Economic Freedom, the country is among the worst in the world regarding the rule of law.

According to a recent report by Patrick Tyrrell, a research coordinator at the Heritage Foundation, the most heinous forms of cruelty and brutality go unopposed in Nigeria, and terror reigns in Christian villages in the northern and middle parts of the country. He quoted a Genocide Watch report from last April which found that over 11,500 Christians were murdered from June 2015 to the report’s publication. Tyrrell also drew attention to a new book, “The Next Jihad: Stop the Christian Genocide in Africa,” which documents atrocities and warns that an outright genocide of Christians may happen if the Nigerian federal government and the world’s leading media conglomerates do not stop turning a blind eye to the unfolding horrors.

The book’s American authors visited the venues of attacks in the first quarter of 2020 in which more than 400 Christians were killed by roving bands of jihadists belonging to the Muslim Fulani tribe. “We reviewed one confidential list that precisely documents attacks by Fulani militants on seventy-nine Christian villages over the last five years in one state alone,” the authors say. “Yet we haven’t identified a single case where the perpetrators were brought to justice or where security forces prevented an attack.” Tragically, denial of these atrocities is rampant. As Patrick Tyrrell notes, some Western media organizations “ludicrously have blamed global warming for the attacks on Christian villages by militant nomads.”

Slightly over half of Nigerians are Muslim, but they are a majority in several northern states. Nearly all of Nigeria’s corrupt military rulers who ran the country until 2000 also came from the north. For close to two decades they treated the rest of the country as occupied territories, theirs to plunder at will. They also sought to give an Islamic stamp to the country as a whole, to the point of joining the Organization of Islamic Cooperation in 1986.

Their long-term strategy was apparent from the opening communiqué of the Islam in Africa Organization, founded in the northern Nigerian city of Abuja in November 1989. Its key document calls on “reinstating a strong and united Umma” all over Africa. The IAO had huge funds at its disposal from the very first day. This included $21 billion “graciously donated on behalf of Nigeria” for the Islamic Development Fund. The money was earmarked for the purpose of “facilitating our mutual task of spreading Islam not only in Nigeria, but in Africa as a whole,” according to the IAO letter of acknowledgement dated February 1990.

Unhappy with the loss of power following the collapse of the military regime in 1999, over the past two decades traditional rulers of predominantly Muslim states in northern Nigeria have been seeking to apply the Abuja communiqué at the level of their own communities. The consequences have been predictable. Muslim fanatics were emboldened to demand Shari’a in all northern Nigerian states where they had a majority, no matter how slim.

Usman Bugaje, Secretary-General of the Islam in Africa Organization, declared in 1994 that “Islam has a great capacity for tolerance.” His peculiar meaning of “tolerance” was limited, however, to those who believe in the principles of Shari’a to start with. Africa “craves for Islam,” Usman Bugaje went on, as a part of its quest for “cultural freedom” and search for “an alternative world view which can stand up to a challenge the West” (sic).

Over the ensuing quarter-century, the impulse motivating sub-Saharan Islamists has had little to do with any desire for cultural freedom or a new Weltanschauung. Nuanced theological analysis and moral reflection have never characterized Islam in sub-Saharan Africa. Its salient feature in our own time is a violent campaign of religious cleansing, with explicitly geopolitical objectives: using Jihad in order to expand Dar al-Islam at the expense of Dar al-Harb.

Image Credit:
Voice of America via Wikimedia Commons, in the Public Domain