Three Signs of a Tyrant 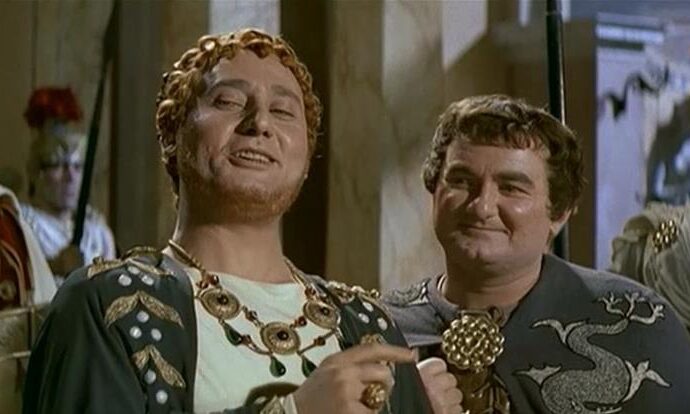 With widened eyes, pursed lips, and a quick intake of breath the woman muttered in whispered tones through clenched teeth, “He is such a TYRANT!”

Many of us have likely seen similar displays in recent weeks… or have performed them ourselves. The fact is there have been many actions by our leaders, both elected and unelected, that seem unjust, unreasonable, and downright tyrannical.

Yet perhaps we’re barking up the wrong tree and are slapping the tyranny label on certain leaders and organizations without cause. So, what exactly are the marks of a tyrant?

“A TYRANT is one whose list is his law, making his subjects his slaves,” writes 17th century clergyman Thomas Fuller in his book The Holy State and the Profane State. He then goes on to list 11 traits by which one can recognize a tyrant. I’ve selected three, which sadly sound all too familiar to our situation today.

1. A Tyrant Takes Everything

A tyrant “leaves nothing that his poor subjects can call their own, but their miseries,” writes Fuller. For those who just spent a quiet holiday all by their lonesome thanks to restrictions on gatherings, such a statement hits home. When states and governmental leaders strip citizens of even the most basic of rights, such as who they can have on their own private property, then perhaps it’s no wonder Americans are depressed and miserable. This is starkly shown in America’s suicide rates, which have risen drastically in recent months.

The tyrant “keeps a constant kennel of blood-hounds, to accuse whom he pleaseth,” Fuller notes. As such, the “[w]orst men” around “are his greatest favourites,” becoming useful tools to go after the just and upright. “The less credit they have, the more they are believed, and their very accusation is held a proof.” Accusations, as we have seen, are a favorite tool of those leading today’s cancel culture. According to Fuller, the presence of those quick to accuse and condemn suggests that tyranny is not very far behind.

Evidence of the suppression of free speech, especially by the Big Tech industry, is becoming commonplace. This seems particularly prevalent when discussing topics such as election fraud and alternate ways of handling the COVID-19 pandemic. Such is the way of the tyrant, for “He seeks to suppress all memorials and writings of his actions,” making his victims “speechless, to tell no tales to posterity.”

Yet for those who might despair over such suppression, Fuller has some comforting words:

Herein their folly is more to be admired than their malice, for learning can never be drained dry: though it may be dammed up for one age, yet it will break over; and historians’ pens, being long kept fasting, will afterwards feed more greedily on the memories of tyrants, and describe them to the full.

In other words, the suppressing tyrant will eventually get his just desserts.

Good citizens treat their leaders with respect. If you’re like me, perhaps you’ve struggled in recent weeks as you’ve seen leaders perform acts of tyranny, wondering how to rightly respond. Does one speak up or submit? Does one defy unjust laws, or just go with the flow and hope for the best?

Such questions are ones each of us need to ponder in our own consciences. But even while we do that, there is one way to fight back against the frustrating tyrannies of recent weeks: be informed and inform others.

“A nation of well-informed men, who have been taught to know and prize the rights which God has given them, cannot be enslaved,” writes Dr. Henry Stuber in The Life and Works of Dr. Benjamin Franklin. “It is in the regions of ignorance that tyranny reigns.”

So when you’re frustrated, clenching your teeth in fury over the latest tyrannical move by governing authorities, stop. Pray and thank God not only for those precious rights we’ve enjoyed all these years, but for the leaders who are currently making mincemeat out of them. After doing so, open your eyes and begin learning about those same rights and what you and others can do to defend them. If tyranny begins through ignorance, then surely knowledge and appreciation for those rights will chase that ignorance away.