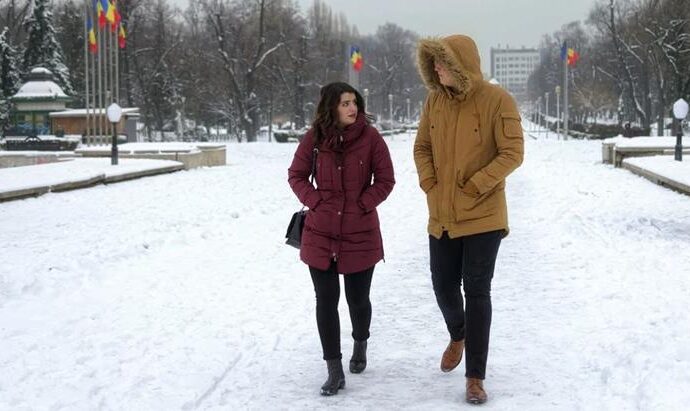 Boomer parents are frustrated by their lack of grandchildren. Meanwhile, millennials complain about the lack of romantic partners.

Never fear, technology has provided a solution! No longer must millennials date to find the love of their life, marry, and have children. Now they can shop online to find the perfect person to breed with before their biological clocks run out, while leaving the door open to find another romantic partner later on.

“Platonic co-parenting” is what The Guardian labels the emergence of so-called “mating sites” online. This trend seems like a bold, pioneering move for a new technological era, but its underlying reality seems to be a bizarre twist on traditional arranged marriages, in which practical concerns prevail over romantic ones.

Highlighting several couples who have tried platonic co-parenting, The Guardian paints a picture of individuals in their 30s joining matchmaking services not for romantic dates, but to find quality dad or mom material for their future child. Jenica Anderson and Stephan DuVal are just one example. They connected on Modamily.com, a website that provides “a new way to family,” and talked about whether each would make a good parent for their prospective child. Marriage and romantic fun weren’t on the radar, Anderson said. “I really didn’t want a romantic connection; I thought it would convolute things.”

The two jumped right into the fray, asking deep questions about parenting styles and past life experiences. They spent a weekend together, and by the end of it “they returned to their lives having found the person they wanted to parent with.” Some platonic co-parents use test tubes; Anderson and DuVal did it the old-fashioned way, conceiving and giving birth to their daughter within a year.

Anderson and DuVal did fall in love, but judging from the article, the two have not married. Others who found their parenting partner on Modamily.com have hooked up with the person they want to parent with, but are still open to finding someone else to be the love of their life.

I scratched my head as I read this story. On the one hand, it’s great that people want to have children and that they realize their biological clocks won’t last forever. It’s also good that they recognize that the person who makes a fabulous romantic partner might not always make the best parent.

On the other hand, such a situation is downright messy. It seeks to give children a stable family, yet in birthing them out-of-wedlock into noncommittal relationships that are open to outside romantic liaisons, parents provide their offspring with increased likelihood of behavioral problems, lower academic performance, economic insecurity, and other issues. The parents, meanwhile, increase their own emotional baggage. While their heart is in the mature place of wanting to start a family, having children first and platonically co-parenting them while looking for another romantic partner seems like a decidedly immature move.

These are the very questions every person considering marriage should be asking. In a strange sense, these people are returning to the original aim of marriage – to live as partners raising the next generation, struggling together to survive in a difficult world. Yet because moderns have made marriage all about love and romance, these people are turning away from that motive and focusing on forming families, but without the sacred bonds of lifelong commitment.

What people forget is that once the sparks are done flying, marriage is more about who will do the dishes, change dirty diapers, spend long nights walking the floor with a colicky baby, or try to reason with a testy teenager. As J.R.R. Tolkien once noted in a letter to his son:

It is notorious that in fact happy marriages are more common where the ‘choosing’ by the young persons is even more limited, by parental or family authority, as long as there is a social ethic of plain unromantic responsibility and conjugal fidelity. But even in countries where the romantic tradition has so far affected social arrangements as to make people believe that the choosing of a mate is solely the concern of the young, only the rarest good fortune brings together the man and woman who are really as it were ‘destined’ for one another, and capable of a very great and splendid love.

In essence, Tolkien seems to be saying that marriages founded upon practical concerns, such as family background and ideological compatibility, may not have the initial passionately romantic scenes à la Romeo and Juliet (whose love story, by the way, ended in tragedy), but they are more likely to make for a happy, lasting union in which the next generation can be raised and launched into the world. Those who desire to start a family would be wise to pursue such a marriage, rather than sitting around waiting for a soulmate who may never come.

If Tolkien were to speak to the young couples in The Guardian article, he would likely say they’re headed in the right direction, but wading in the weeds instead of walking the path. Marriage and family formation should put practicality first, worrying less about romance and more about the character and suitability of the intended spouse as a parent. If these individuals find a person whom they can see being a good father or mother for their child, then it’s time to do something about it: get married first and then get started on raising that family.