Abolishing Freedom Under the Guise of ‘Woke’ Hollywood 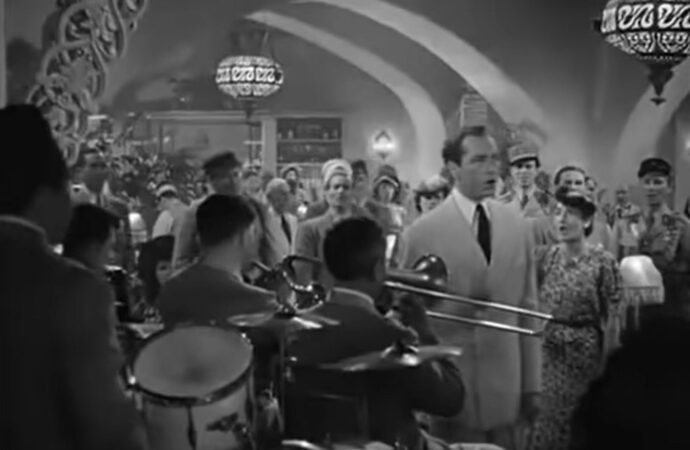 I recently wrote about one of my favorite movies – “Mr. Smith Goes to Washington”­ – noting that its message seems more relevant to our times than when it was first released. After penning that article, I pulled the movie out for a re-watch and found that yes, “Mr. Smith” rings even more true for our time than I remembered.

When the movie was over, one of my family members gave a little laugh and asked, “Can you imagine Hollywood doing a remake of that movie?”

That rhetorical question underscored the idea that anything Hollywood touches these days turns into some type of “woke” monstrosity, well diversified and obscuring the original meaning of the story. Yet perhaps this was the plan all along: to confuse and control our minds to such an extent that even our entertainment sends subliminal messaging about the political course of our daily lives.

Taki Theodoracopulos examines this idea in the November issue of Chronicles Magazine, traveling down woke Hollywood lane, imagining what some of these classic movies would look like if remade today. It isn’t pretty.

Meghan Markle, he suggests, would star as Jane in a new version of Tarzan, in which the natives would be played by those of Scandinavian ancestry. Male heroes such as Superman will be eviscerated by female leads such as Wonder Woman. The Casablanca remake cast, writes Theodoracopulos, would feature an Arab lesbian as Ilsa, while her husband “would be a Saudi sensitivity training expert who used to pimp her out to women until his life was transformed by reading the Koran.”

This “new, improved Hollywood,” he writes, “will also continue to take its cue from the standards set by the massive Chinese market, where Communist leaders micromanage all life, including the movies.”

All of this sounds quite plausible knowing Hollywood’s fixation on politically correct plots and actors. Yet this fixation on identity politics seems to hide a deeper problem in today’s movies. They sweep solid plotlines and positive, life-affirming messages aside.

Take Casablanca, for instance. Although known mainly as a love story, the tale is set in the midst of the upheaval of World War II. Its characters are refugees from all over Europe, seeking to escape the totalitarian tidal wave of Nazi Germany. They do everything they can to reach the freedom of America, but often fall short.

Many of the actors in Casablanca were real refugees who had themselves fled their homes in occupied territory, writes Aljean Harmetz in The Making of Casablanca: Bogart, Bergman, and World War II. This fact makes the scene in which German singing is drowned out by a rousing rendition of “La Marseillaise” so stirring. The refugees-turned-actors knew full well what it was to lose their freedom. In both real life and in the film, they felt the heavy hand of the Third Reich. Singing was one way they could express their resistance and fight back, showing where their hearts truly were. This is an American tradition, too. For the refugees in the film, such resistance was met with punishment, most notably, the closing of Rick’s Café.

Sadly, this longing for freedom, engagement in subtle resistances, and oppression by authorities are all things today’s Americans are experiencing with increasing regularity. They have had businesses closed, holidays cancelled, and gatherings outlawed, with the threat of restrictions only increasing. Other nations have experienced similar oppressions and are fighting back with success; Americans seem to still be deliberating whether or not they want to risk giving up their security to fight for their liberty.

Perhaps we can’t blame them. Gone are the days when the message of freedom was repeated and reaffirmed in America’s entertainment products. The security of political correctness and diversity have taken its place.

Freedom of speech is supposed to allow individuals and groups to defend their interests against encroaching authority. The reversal of the ideals of Voltaire practiced by the left and its media allies is nothing less than a coup to seize power over our thought processes, once and for all. Hollywood is just following orders.

Will we fall in line and follow those same orders? Or will we, like the Casablanca refugees, stand up and fight for our freedom?