Trump, 60 Minutes, and the Media Gatekeepers 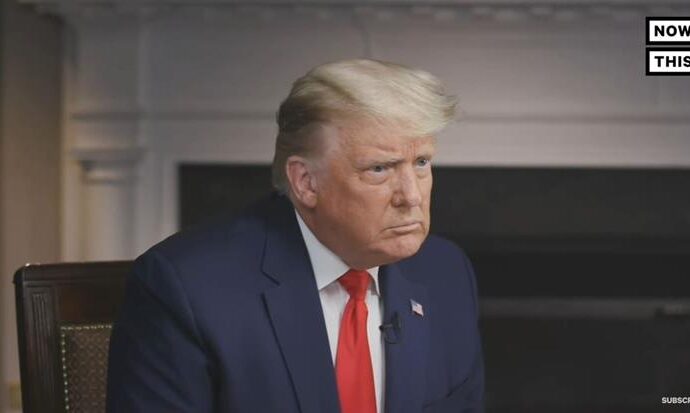 The Trump campaign made another enemy the other day when it released its unedited version of the president’s interview with Lesley Stahl for “60 Minutes.” The famous television show vowed to release the interview despite having lost their scoop.

Even before the advance release, however, the interview did not go well. As can be seen in the video below, Trump is visibly annoyed at what he terms Stahl’s bias and rudeness. Stahl, on the other hand, claimed she was the victim, later telling Vice President Mike Pence that both he and Trump had “insulted ’60 Minutes’” by avoiding questions and “giving set campaign speeches.”

Whether Trump was right or wrong in releasing the video ahead of the official interview is an issue I will leave up to the reader’s own evaluation. What I find interesting is Trump’s disgust over his perception of media bias.

Perhaps it’s not surprising that he would be upset, particularly since it seems like the media purposely looks away from stories that should be news. A prime example of this is NPR’s implication that the Hunter Biden emails story isn’t real news, as evidenced in the tweet below. The suppression of the same story on social media is another example.

Why haven’t you seen any stories from NPR about the NY Post’s Hunter Biden story? Read more in this week’s newsletter➡️ https://t.co/CJesPgmGvo pic.twitter.com/jAi7PnpbZf

Why does the media do such things to the American public?

Some answers may be found in a 1975 essay I was given the other day, The Media Shangri-la. Written by Leopold Tyrmand, a Polish émigré, the essay addresses the issue of American free speech and freedom of the press. Having suffered under both Nazism and Communism, Tyrmand admits his awe for the First Amendment, while also recognizing the liberties the press has taken with it.

“There are indications,” Tyrmand says, “that the media, after having appropriated and mastered all the potentialities and subtleties of contradiction, are monopolizing them, so as to see that nobody will be able effectively to contradict the media.”

Freedom of speech and press then becomes a power struggle, Tyrmand imples, albeit one framed in a positive light:

Freedom of the press was America’s freedom—beyond any normative control except that of public opinion; but it was never explained how public opinion, which in a democracy is by nature the media’s own creation, could control the media. As a moral prime mover, the media claimed the people’s right to know the truth—an honorable idea of service.

In the midst of such honorable service, however, the truth sometimes get pushed to the side or distorted and seen through the personal viewpoints of media members:

Unfortunately, as we have all noticed, the difficulties of distilling raw truth in our world are manifold. So we have to assume that, like anyone else, the media are plagued by the woes of complexity, which ultimately make them serve not the truth but their truth, thus not what the people have a right to know, but what the media want them to know – and with so tremendous a might that it makes both verification and rejection futile. It has never been made clear why their defective truth has the right to limitless distribution while other defective truths are stifled in the name of their deficiency.

Tyrmand continues by noting the differences between America’s press and its dissemination of truth compared with that of communist Russia:

In totalitarian Russia, the media’s truth is most often an outright and infamous lie dictated by the government; Communist society, knowing this, rarely believes anything that is printed or broadcast—a clear-cut relationship between the informant and informed. In America, the public has a gnawing feeling that no matter how unfettered and precise the press is, it never tells the wholestory but only a part chosen by the press; this is called editing, the media’s most sovereign privilege. So when Communist man is groping in the dark for the meaning of a lie, the American is groping among the blinding glares for the meaning of a truncated truth.

These are helpful words to consider daily, and not only during election season. Every American citizen should stay informed, but in doing so, he should also carefully weigh what the media is feeding him. What does it seem that the media wants you to know? What do you have a right to know? Are there truths being suppressed, and if so, why?

Americans aren’t dumb. But they will allow themselves to become dumb if they refuse to investigate, examine, and question the media and its gatekeepers.