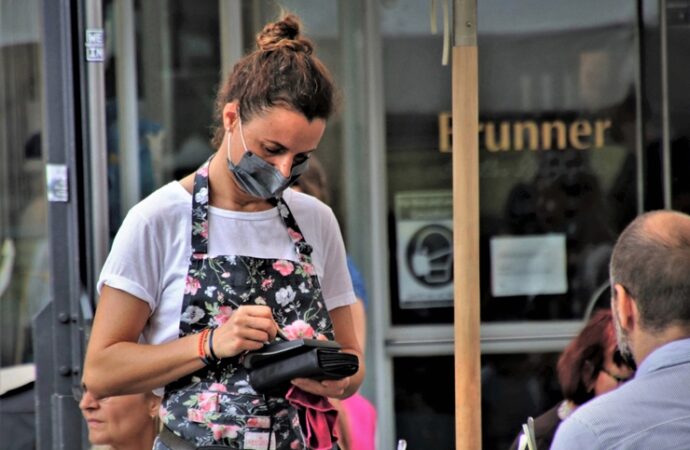 COVID-19 is a disease, and we usually treat diseases as health problems.

But when a disease becomes a pandemic, it also becomes an economic problem – not just because of the economic ramifications of trying to protect people from it, but because dealing with diseases on a mass scale requires economic thinking, mostly in the form of cost/benefit analysis.

In his great statement of economic principles, Economics in One Lesson, Henry Hazlitt points out the two fundamental economic fallacies. The first fallacy is to focus only a policy’s effects on one group of people without considering its effects on all groups of people. The second fallacy is to focus only on the direct short-term effects of a policy without considering its long-term effects.

These fallacies are on full display in current COVID policies. Lockdowns, for example, are a clear example of the second fallacy. An economic and societal lockdown can diminish the spread of a disease in the short-term. But, as we are seeing now, a short-term suppression of the disease does not necessarily lead to a long-term suppression of it. In fact, the second wave of the virus (if that is indeed the right term for the current rise in infections), has been declared worse than the first.

What about the different effects on different groups of people? General lockdown policies are designed to diminish infections in a total population. But most people are not susceptible to the worst effects of the disease, yet we are treating them as if they were.

As Harvard biostatistician Martin Kulldorff pointed out in a recent Wall Street Journal interview, children and young adults “face more medical and psychological risk from the lockdowns than they do from COVID infection.”

Additionally, he points out, lockdown policies inflict minimal harm on the privileged in our society, since they tend to have jobs that can be performed from home. But blue-collar workers do not have this luxury, “So the working class is building up the population immunity that will eventually protect all of us.”

In other words, we’re using the poor and underclass as human shields.

Lockdowns may have made sense in the spring, when we didn’t know so much about the virus. But we know better now.