Doctor WHO and Big Brother 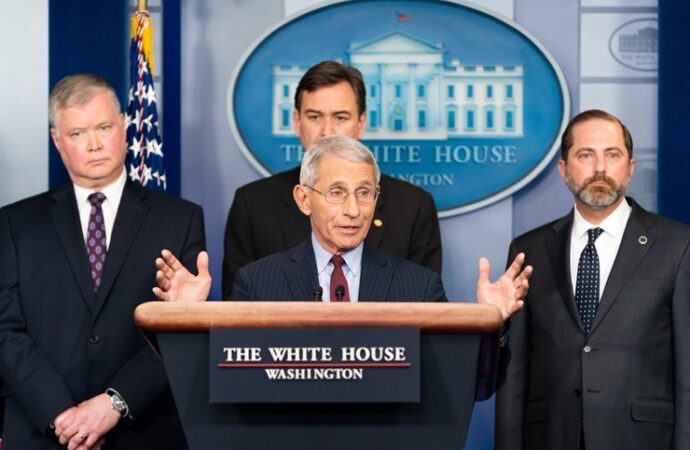 Six months ago, on St. Patrick’s Day to be precise, The Imaginative Conservative published my essay, “Globalism Goes Viral.” In the concluding paragraph of that essay I predicted that the advocates of globalism would demand even more global control over our lives as a direct consequence of the global problems caused by globalism itself:

As the globalist chickens come home to roost… it would be all too easy to settle into a smug ‘we told you so’ stance. Such a temptation needs to be resisted because we can be sure that the globalists will not have learned any of the lessons which this crisis teaches. Instead, we need to ready ourselves for the response that all the problems caused by globalism can only be solved by even more globalism. This has always been the modus operandi of political centralists. Their reasoning is that whatever problems are caused by big government can only be solved by even bigger government. We can expect, for instance, that one of the first things to be demanded in the wake of the present pandemic is that the World Health Organization needs to have much more power to impose policies upon national governments, removing or weakening the ability of individual nations to act decisively or unilaterally in the event of future globalized calamities.

This nightmare scenario is now being advocated by Dr. Anthony Fauci, whose ubiquitous presence throughout the pandemic means that he will need no introduction. Dr. Fauci has stated recently that the threat of future global pandemics requires global agencies to take on the task of “rebuilding the infrastructures of human existence.” These “radical changes” to “human existence” requires “strengthening the United Nations and its agencies, particularly the World Health Organization.”

Dr. Fauci made these demands for the United Nations to become what would amount to an embryonic World Government in an article in the scientific journal, Cell, which he co-authored with fellow “expert,” David M. Morens.

In order to prevent future pandemics, Drs. Fauci and Morens argue that global experts should have the power to transform every aspect of society, “from cities to homes to workplaces, to water and sewer systems, to recreational and gatherings venues.” And this power should be vested in the World Health Organization, which would presumably be given powers to override the ability of national governments to act unilaterally in the face of future global threats, or to resist “one-size-fits-all” globally imposed laws which impact our homes, our workplaces, and the places in which we shop, eat, and drink. In short, the “experts” are demanding that the encroachment on liberty which we have all experienced in this time of crisis should be normalized and globalized. In order to keep us all “safe,” we need to accept a condition of slavery and political impotence, surrendering the power of democratically elected local and national governments to unelected global bureaucracies.

And even were we willing to sacrifice our freedom for our safety, it would be folly to presume that globalist entities could solve the problems that globalism itself causes. It is significant, for instance, that the World Health Organization responded to the COVID crisis in typically globalist fashion by instructing countries not to profile and not to take any border control measures that would stop the international flow of people, frowning in its ideological correctness on the nationalist reaction of countries who closed their borders. The WHO’s track record does not inspire much confidence that it will protect the people of the world when it disapproves of the rights of the people of the world to protect themselves.

It is evident from the globalist response to the COVID crisis that there will be a push for even more globalist control over our lives. The logic of globalism is the logic of all who believe in the centralization of power as the way to solve problems. The logic is that all problems caused by big government can only be solved by even bigger government. If globalism is causing problems on a global scale, the solution is even more globalism to solve the problems that globalism causes. This is the logic behind the globalist encroachment into everyone’s lives that Drs. Fauci and Morens are advocating.

The alternative to such common sense is subservience to a global technocracy in which unelected “experts” rule the world. It would be the triumph of Orwell’s Big Brother in his newly-appointed role as Doctor WHO.