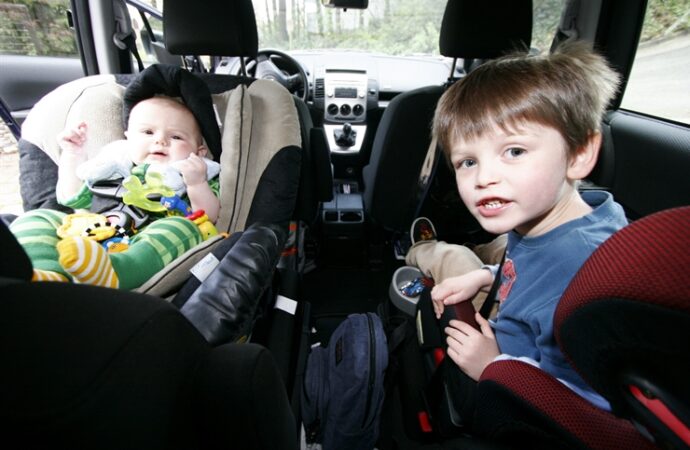 But everything has a cost. Two American economists recently studied the social effects of mandating child safety seats from 1973. They concluded, counterintuitively, that the conventional wisdom is both right and wrong.

They estimate that these popular laws prevented only 57 car crash fatalities of children in the United States in 2017 (the last year of their study). But at the same time, they led to a permanent reduction of approximately 8,000 births in the same year.

In other words, mandatory child safety seats were a tiny brake on American fertility rates. In fact, the authors titled their research “Car Seats as Contraception”.

Here’s how it works.

Child safety seats are bulky. No more than two can fit into the back seat of a car. If a couple has three young children, they will need a bigger car. The obvious solution is to buy a minivan, but this is both expensive and unfashionable. “These laws can significantly raise the cost of having children for women who already have two young children, and are considering a third,” the economists observe.

Legislators’ enthusiasm for raising the age limit is not well informed. Research shows that child car seats are no more effective than seat belts in preventing death or serious injury for children above age two. But the age limit rises anyway. Why? Perhaps because politicians believe that these laws are virtually costless, beyond the inconvenience and expense of the car seats.

But there is a cost. Car seat laws can significantly raise the cost of having children for women who already have two young children, and are considering a third. They write:

We estimate that switching from an eight-year-old mandate to a four-year-old mandate would result in the average woman having 0.0076 more children. In 2017, we estimate that car seat laws lead to a permanent reduction of approximately 8,000 births, and have prevented 145,000 births over our sample period, with 60% of this effect being since 2008. By contrast, if current laws had applied over the whole sample, we estimate there would have been a further 350,000 fewer births.

The point of this is not to launch a campaign to do away with child safety. It is to remind us that laws made with the best of intentions have unexpected consequences. Legislators need to bear this in mind when they impose restrictions which are simply “common sense”.

This has an obvious application to the COVID-19 lockdowns. The draconian imposition of laws which prevent socializing, close schools and force businesses to shut their doors cannot escape the iron law of unintended consequences.

Apart from the economic cost, these include issues like the following.

One in four young adults between the ages of 18 and 24 considered suicide in the past month because of COVID-19, according to data from the Centers for Disease Control and Prevention published in August.

America’s drug epidemic appears to have become worse because of restrictions. Drug overdoses have risen by about 18 percent during the coronavirus pandemic. “The longer people had to isolate it was relapse, relapse, overdose, relapse, overdose,” a substance abuse counsellor told NPR.

Domestic violence also appears to have surged because of the restrictions. A study from Brigham and Women’s Hospital in Boston published in the journal Radiology showed a significant jump in intimate partner violence in the first few weeks of the COVID-19 pandemic. “This data confirms what we suspected,” said study co-author Mardi Chadwick Balcom told U.S. News and World Report. “Being confined to home for a period of time would increase the possibility for violence between intimate partners.”

A paradoxical effect of the battle against a virus which does not kill children may be relaxing the fight on others which can. Lockdowns have resulted in declining childhood immunization rates, especially for the measles-mumps-rubella (MMR) vaccine. Doctors are worried about future outbreaks.

Fear of contagion has led many people to miss doctor appointments or to delay consultations when they feel ill. Data from the United Kingdom suggested that 41 percent of excess deaths in April and May occurred because of missed medical care rather than the coronavirus.

It’s not utilitarian to ask what policy will save more lives in the long term. Sometimes “common sense” solutions cause more harm than good. The 140 to 1 ratio of lives prevented to deaths caused by child car safety laws in the U.S. is a dramatic example of how good intentions can go astray.