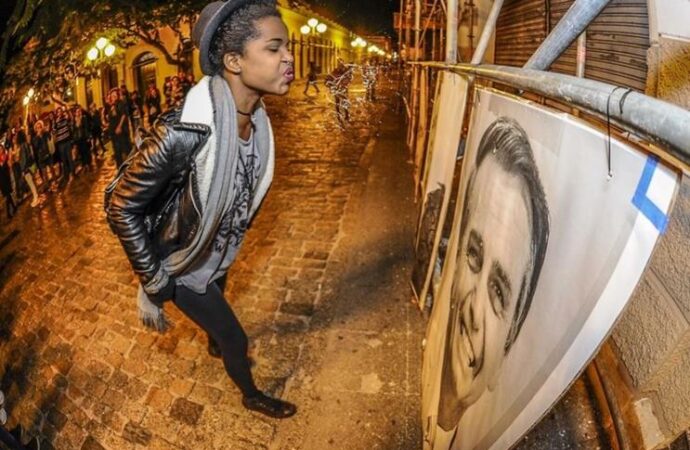 “Well, duh!” I can hear you saying. “Why else have we been subjected to such pain and misery the last few months? We’re trying to stop the contagious spread!”

Very true. Yet there’s something else that’s contagious but doesn’t seem to be spreading very rapidly throughout this land. That something else, my friends, is happiness.

Is America happy? We certainly were once upon a time. But somewhere along the way all that changed, leaving many Americans grumpy, unsettled, and ornery.

Said grumpiness and angst is on display wherever one looks: the protests on the streets, the nighttime looting and burning, the social media screeds written by those we once knew as kind, friendly people. These individuals would likely say their grumpy state is the result of great injustices, and that anger is the only way to overcome such injustices.

But will the triumph of Black Lives Matter or Antifa make us happy? Will all the angry yelling and screaming and ranting of the last few months dissipate once these individuals get their way? Doubtful.

In his article “Antifa made me Christian,” writer Chadwick Moore describes how he began going to church roughly a year ago. Before that, he was surrounded by progressive friends who were “smug and upstanding atheists.” They were also angry and depressed, a fact Moore noticed more in retrospect, noting that “their unhappiness was less a momentary condition, more a lifestyle.”

Such a mindset was a far cry from what he found when he began attending a church which did not preach a social justice gospel. These people, Moore implies, were happy, not bogged down by the depression and anger that still characterizes his progressive friends. This led him to question Marx’s condemnation of religion as “the opium of the people.”

That is the crux of the political division between left and right. The former believe, despite eons of evidence to the contrary, that mankind and its systems are perfectible while the latter understand mankind’s innate fallibility: that the more one attempts to engineer and perfect the behavior of others, the more chaos results, which is usually where God comes in.

Moore is not the first to arrive at this way of thinking. Former communist spy Whittaker Chambers notes something similar in the opening pages of his autobiographical tome Witness:

One thing most ex-Communists could agree upon: they broke because they wanted to be free. They do not all mean the same thing by ‘free.’ Freedom is a need of the soul, and nothing else. It is in striving toward God that the soul strives continually after a condition of freedom. God alone is the inciter and guarantor of freedom. He is the only guarantor. External freedom is only an aspect of interior freedom. Political freedom, as the Western world has known it, is only a political reading of the Bible. Religion and freedom are indivisible. Without freedom the soul dies.

Stepping back for a moment, it’s easy to see that, deep down, rich and poor, young and old, liberal and conservative are all yearning for freedom. It is this quest for freedom that comes out in the angry demands of woke society and it is the thwarted quest for freedom that shows up in their depression. They are striving for political freedom, but, as Chambers implies, they have shunned the very source of that freedom by dismissing God and religion, squelching their souls and their potential for freedom and happiness in the process.

Happiness is contagious. But in order for that contagion to catch on, do we each first need to examine our souls and ensure they are fed with the sources that bring the happiness and freedom we crave?