How to Recognize a Bad Teacher 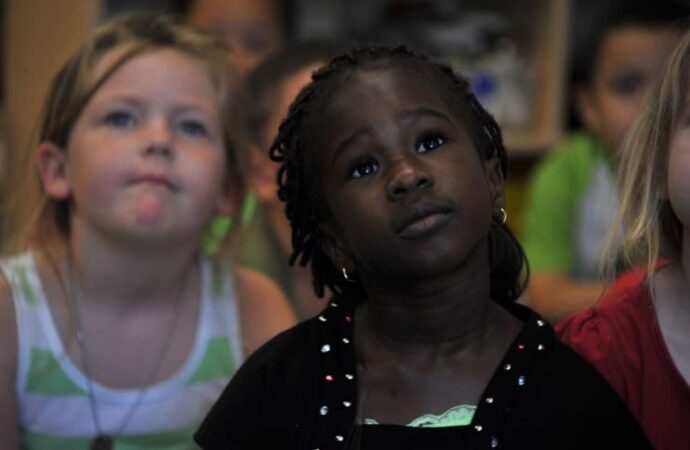 The sign of a good music teacher, I was told as a teenager, is a willingness to allow parents to sit in on lessons. A teacher willing to have parents observe their lessons demonstrates that she has nothing to hide, is open to critique or comments, and is one who partners with parents in helping students succeed. Having witnessed this policy firsthand with my own piano instructor, a woman whose students won competitions and entered world famous music schools, I followed suit when I began teaching myself.

It paid off. Not only did this policy allow parents to see that I was open and honest with them in my dealings with their children, it also helped me as the teacher – particularly on one memorable occasion when a parent saw the temper tantrum her daughter unwisely decided to exhibit during her lesson.

I thought of this policy upon hearing some of the repercussions of virtual school classes. Many school districts are jumping into a second round of distance learning as the fall semester begins, but one that feels more official and buttoned down. Yet in the midst of this more orderly attempt at virtual schooling, an interesting picture is emerging, a picture which shows that teachers don’t want parents involved. Fox News recently reported the following:

A Tennessee school district is under fire for asking parents to sign a form agreeing not to eavesdrop on kids’ virtual classes over concerns they could overhear confidential information.

After significant pushback, Rutherford County Schools is allowing parents to tune in with permission from the teacher but they can’t record the classes.

Sounds a bit strange, doesn’t it?

Before the classroom came into the living room, it was difficult for parents to get a good grasp on what was in their children’s curriculum. If they became nosy investigators, they were often given the runaround through layers of school administration, a difficult process that would make any busy parent throw up their hands in disgust. Yet now when parents have a front row seat to what their child is learning, and are still given the cold shoulder of secrecy, it’s no surprise that parents are saying, “Wait a minute. Why can’t we know what someone else is teaching our child? Is there something they don’t want us to hear?”

Perhaps so. At least that seems to be the message of one teacher’s musings posted on Twitter several weeks ago and pictured below.

Many of us find such admissions alarming. How is it that we’ve sent our children to public schools for years, believing they would become educated, upstanding American citizens, only now to discover that they were simply being indoctrinated with ideas that these teachers seem to know many parents wouldn’t approve of?

Unfortunately, such a response could have been avoided had Americans heeded H.L. Mencken’s warning about the nation’s public schools nearly 100 years ago. There is an “erroneous assumption” when it comes to America’s education system, says Mencken:

That erroneous assumption is to the effect that the aim of public education is to fill the young of the species with knowledge and awaken their intelligence, and so make them fit to discharge the duties of citizenship in an enlightened and independent manner. Nothing could be further from the truth.

What then is the goal of public education? Mencken explains:

The aim of public education is not to spread enlightenment at all; it is simply to reduce as many individuals as possible to the same safe level, to breed and train a standardized citizenry, to put down dissent and originality. That is its aim in the United States, whatever the pretensions of politicians, pedagogues and other such mountebanks, and that is its aim everywhere else.

Mencken goes on to say that the purpose of public schools is visible in countries which had them long before America, one of which was Prussia. Prussian schools, upon which the modern American school is modeled, had “the quite different aim of putting down political and economic heresy. Their purpose,” Mencken continues, “is to make docile and patriotic citizens, to pile up majorities, to make John Doe and Richard Doe as nearly alike, in their everyday reactions and ways of thinking, as possible.”

And there we are. The picture of American schools that has crystalized since the pandemic brought public education home – even when teachers don’t want us to see that true picture – was predicted nearly a century before.

The funny thing is, Mencken wrote these words while reviewing a book by Upton Sinclair on America’s schools. Although a prominent democratic socialist, Sinclair appears to have been aghast at the “organized stupidity” in the public schools.

Are we prepared to place our children under the care and instruction of those who truly want them to learn and grow, rather than simply parrot politically correct mantras, even if it means we must make sacrifices and teach them ourselves?