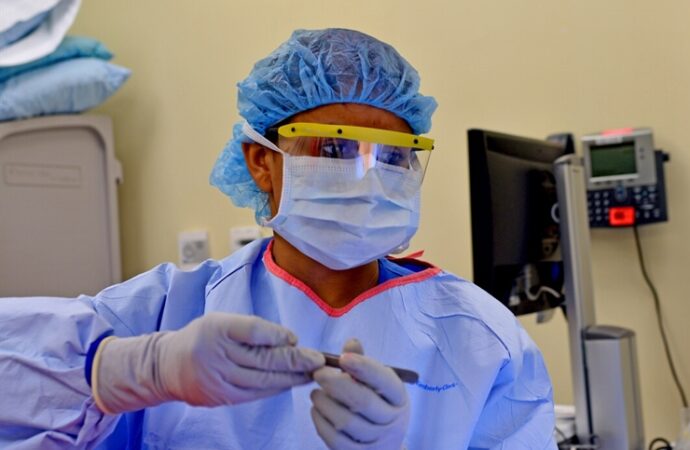 The popular feminist website Jezebel has a blog with the expressive title of “Barf Bag”. It covers American politics in the age of Trump – but an investigative feature which Jezebel published last week, “When surgeons fail their trans patients” must have had readers reaching for one.

The focus of journalist Katelyn Burns’ investigation is a surgeon specializing in sex-reassignment about whom a number of patients have complained after unsatisfactory outcomes. The surgeon is quick to call in defamation lawyers – so MercatorNet will not mention more details about her.

However, Burns’ larger point is that transgender surgery in the United States is a kind of Wild Wild West of medicine. The situation does not seem to have improved since 2017, when The Journal of Sexual Medicine published a survey of 20 American doctors who perform transgender vaginoplasty on minors – constructing a vagina for males who wanted a sex reassignment. Some of their comments about their colleagues were dismaying.

“I have seen horrific unethical practices by surgeons who lie about their experience and horrific results surgically as a result of that. We are using trans-gender people as guinea pigs and the medical profession allows this to happen,” said one doctor.

Transgender surgery is a new specialty which requires interdisciplinary skills – and some doctors who tout themselves as practitioners are incompetent. Burns writes that 192 post-operative trans patients wrote an open letter in 2018 to the World Professional Association for Transgender Health. They complained that:

Burns highlighted the case of a transwoman, a 34-year-old medical student, who developed necrosis of the vulva after surgery, together with other issues.

She has now consulted with, by her own count, 36 surgeons about fixing her genitalia. The experience has left her disillusioned with the medical profession and she is no longer pursuing a medical degree. She has not pursued any official avenues of complaint, worried that doing so would make it less likely that another surgeon would take on her case.

What recourse do unhappy patients have? At the moment, not much, says Burns:

“Malpractice suits remain an expensive last resort, and can be difficult to litigate: the law and medicine haven’t yet found consensus on what constitutes malpractice in trans-affirming surgeries. With no central database for reviews or information of trans-related surgical providers, trans people often depend on word of mouth between friends, social media, or trans-related message boards for feedback. And even then, website administrators are sometimes nervous to host negative remarks against a specific surgeon, fearing a potential libel suit. On the trans-focused message board Susan’s Place, one of the only centralized repositories of reviews for surgeons, warnings against libel abound, particularly in the Facial Feminization Surgery sub-forum.”

The article from The Journal of Sexual Medicine cited above was actually a survey of surgeons who perform vaginoplasty on boys under 18. Even critics of transgender medicine are seldom aware that some American surgeons are willing to remove male genitalia and fashion female genitalia for children.

“Age is just a number” said one doctor in the survey; it is maturity which counts. Another commented:

“To me, there might be a minimum age but I don’t know what that should be. I will see a 16 or 17-year-old that I will agree to do surgery on, and then there could be another one I won’t agree to, based on sexual and physical maturity.”

In fact, these surgeons preferred to operate on these boys in their junior year in high school. This helps to ensure successful post-operative recovery because the boy’s parents will be available to care for him (their new daughter, that is). An 18-year-old will head off to college and will not follow instructions because they are keen to have a new type of sexual experience. One surgeon said:

“Some of my biggest struggles have not been with the 16-year-old group because they are still at the parents’ house—it is the 18-year-olds who disappear and go to college within a few months after their surgery. Those are the patients who are most likely to lapse in their aftercare.”

Unsurprisingly, as of the publication of the article, no American surgeon who operates on high school kids had published peer-reviewed studies on what the authors described as “this small but increasingly important population”.

Does anyone have the full picture of what is going on in the Wild Wild West of transgender medicine?

These sketchy accounts paint a picture of doctors who cover up their mistakes with defamation lawsuits, of doctors who care little about their patient’s psychiatric state, of horrific complications, of immature teenagers mutilated for life.

Is butchery ethical simply because no one dares to complain about it?

This article has been republished from MercatorNet under a creative commons license.